Actor and U.S. Marine Corps veteran R. Lee Ermey, best known as “The Gunny” in “Full Metal Jacket,” has died at the age of 74 of complications from pneumonia, his manager said Sunday night in a statement. Ermey died the morning of April 15, his longtime manager, Bill Rogin, said. Rogin said “He will be greatly missed by all of us. Semper Fi, Gunny. Godspeed.”

Ermey earned a Golden Globe Award nomination for his performance as Gunnery Sergeant Hartman in the 1987 war film. But he also appeared in several other movies, typically in an authority figure role, and later hosted TV shows on the History Channel about the military. Before becoming an actor, Ermey served as a staff sergeant in the Marine Corps and was a drill instructor during part of his military career. He was later named an honorary gunnery sergeant.

He is survived by his wife of 43 years, Nila Ermey, and their four children. Ronald Lee Ermey was born March 24, 1944, in Emporia Kansas, and he died in California.

“It is a terrible loss that nobody was prepared for. He has meant so much to so many people. And, it is extremely difficult to truly quantify all of the great things this man has selflessly done for, and on behalf of, our many men and women in uniform,” Rogin said in a Facebook post. “He has also contributed many iconic and indelible characters on film that will live on forever. Gunnery Sergeant Hartman of Full Metal Jacket fame was a hard and principled man. The real R. Lee Ermey was a family man, and a kind and gentle soul. He was generous to everyone around him. And, he especially cared deeply for others in need.”

It is with deep sadness that I regret to inform you all that R. Lee Ermey ("The Gunny") passed away this morning from complications of pneumonia. He will be greatly missed by all of us.

Rogin added, “There is a quote made famous in Full Metal Jacket. It’s actually the Riflemen’s Creed. ‘This is my rifle. There are many like it, but this one is mine.’ There are many Gunny’s, but this one was OURS. And, we will honor his memory with hope and kindness. Please support your men and women in uniform. That’s what he wanted most of all.”

Ermey joined the Marine Corps at the age of 17 after getting in trouble as a teenager. He served in the aviation support field after completing basic training in San Diego in 1961 and then became a drill instructor in India Company, 3rd Recruit Training Battalion at Marine Corps Recruit Depot San Diego, according to the bio on his website. In 1968, Ermey was deployed to Vietnam. He spent 14 months with Marine Wing Support Group 17 and then was stationed for two tours in Okinawa. He rose to staff sergeant and was given medical retirement in 1972 because of injuries he suffered during his career. In 2002, he received an honorary promotion to gunnery sergeant from the Commandant of the Marine Corps, General James L. Jones, according to the Marine Corps Times.

“I grew up in a farm, so I didn’t really have any playmates or friends with the exception of my brothers. When I went into the Marine Corps, I had all kinds of playmates, all kinds of brothers and friends. I like that aspect of it,” Ermey told ABC News in 2014. After his first four years, he had to decide whether to re-enlist. “I thought well, ‘What do I want to do? Do I want to go back to the farm or do I want to stay in the Marine Corps?” Ermey stayed in, and became a drill instructor, a role he would later be famous for on the big screen. “I would rather have been out fighting in the war rather than training people to fight the war but that’s the way it works.”

Ermey told ABC News the transition out of the Marine Corps following his retirement was tough.

“The hardest part about being retired out of the Marine Corps was to find myself standing outside the gate in San Diego with nothing but a green sea bag. The toughest part of the transition was leaving my friends behind because every friend that I had in the world was back there,” he told the news network. “Whether I liked it or not I was retired but that didn’t mean that I had to leave the [Marine] Corps. Supporting me was the question. I was a grunt. I was an instructor. There’s no big call for grunts or drill instructors or people running up a hill to kill the bad guys in civilian life.”

Ermey told ABC News he decided to take advantage of the G.I. Bill and headed to college. Ermey had noticed that there were several Vietnam War-themed shows and movies making their debut around the time of his retirement, so he went to the University of Manila in the Philippines to study drama.

“I said, here’s my chance. Here’s the door. Here’s the big door that’s going to come open for me. It would get my foot inside the door to impress the appropriate people,” he told ABC during the 2014 interview. His character in “Full Metal Jacket” ended up being the role he was born to play. “When you do a really fantastic film with a great role that you’re able to customize for yourself, the doors fly open. Let’s face it, I was a drill instructor, I was a Marine and I am a Marine so who knows better.”

Ermey began his movie career in “Apocalypse Now,” in 1979, playing an uncredited chopper pilot and also serving as a technical advisor to director Francis Ford Coppola and then as a drill instructor in Sidney Furie’s “The Boys in Company C.” After a series of minor roles, he was cast in “Full Metal Jacket” by Stanley Kubrick, who initially had brought him into the film production as only a technical adviser. Ermey was able to write his own script and improvise on the set, according to a 1997 Rolling Stone article.

He would go on to appear in about 60 films, with roles in “Mississippi Burning,” “Dead Man Walking,” “Leaving Las Vegas,” “Saving Silverman,” “Toy Soldiers,” and The Texas Chainsaw Massacre, among other movies. He was also a voice actor, with roles in the “Toy Story” movies, along with “Roughnecks” and “X-Men 3,” along with animated TV shows like “The Simpsons,” “Family Guy” and “SpongeBob SquarePants.” He also had several TV guest star appearances as a “commanding” “military-type” character, including on “Kim Possible,” “Miami Vice,” “House” and “Scrubs.”

But Ermey was not a typical Hollywood actor and said so himself. “I don’t have anything in common with Hollyweird,” he told the Spokesman-Review in 2010.

Ermey was known for his conservative views, especially his support for the 2nd Amendment and gun rights, though he called himself an independent and at one point supported Barack Obama, and in 2016 he told Fox News he was “blackballed” from Hollywood because of his beliefs.

“I’ve had a very fruitful career. I’ve done over 70 feature films. I’ve done over 200 episodes of [his show “Gunny Time”] and then [Hollywood] found out that I’m a Conservative,” he told Fox News. “”Do you realize I have not done a movie in five to six years? Why? Because I was totally blackballed by the… liberals in Hollywood. They can destroy you. They’re hateful people [who] don’t just not like you, they want to take away your livelihood… that’s why I live up in the desert on a dirt road… I don’t have to put up with their crap.”

Along with his movie and TV acting career, Ermey also hosted several military-themed TV shows. He hosted “Mail Call,” in which he answered questions about weapons, equipment, customs and terminology, on the History Channel from 2002 to 2009. He then began hosting “GunnyTime” on the Outdoor Channel in 2015 and a second History Channel show, “Lock N’Load,” about military weapons. Another show, “Saving Private Dog,” which debuted on the Sportsman Channel in 2014, featured Ermey helping to reunite military dogs with their handlers and featuring the stories of K-9s that serve in the military and in police departments around the country.

“This show is a great opportunity for America to see our four-legged, sometimes forgotten, heroes in action,” Ermey, a dog lover, said about the show. “So many of us have no idea of the level of dedication and training it takes to prepare of a dog for a life of service. This show will shed light on that process.” 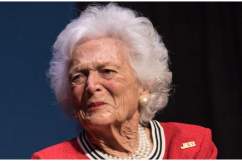 Loading more stories
wpDiscuz
0
0
Would love your thoughts, please comment.x
()
x
| Reply
R. Lee Ermey, an actor and Marine who was best known as "The Gunny" in "Full Metal Jacket," has died at the age of 74. His cause of death was complications from pneumonia.