Author and journalist Tom Wolfe has died at the age of 87, the New York Times reports. Wolfe, best known for his work in the New Journalism movement, including “The Kandy-Kolored Tangerine-Flake Streamline Baby,” “The Right Stuff,” and “Bonfire of the Vanities,” died May 14 at a hospital in Manhattan, his agent said. Wolfe is survived by his wife of several decades, Sheila Berger Wolfe, 75, a former graphic designer, and his two children, Tommy and Alexandra Wolfe. Here’s what you need to know about Sheila Wolfe:

1. Sheila & Tom Wolfe Were Married in 1978 at the Author’s Home in Manhattan

Tom Wolfe was 47 when he and Sheila Berger, who was 35, were married on May 27, 1978, at Tom Wolfe’s Manhattan apartment, according to their New York Times’ wedding announcement. They ceremony was performed by Justice Theodore Kupferman, of the State Supreme Court Appellate Division, according to the Times.

Wolfe and his wife met at Esquire magazine, where she was working as a graphic designer in the art department. They wed “after a courtly 12-year liaison,” People magazine wrote in 1979, and moved into an apartment together in New York City, where they lived until Tom’s death. They also had a home in Southampton on Long Island. 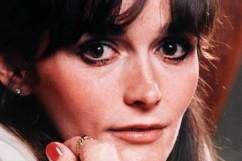 2. She Grew Up in the New York City Area & Graduated From the Pratt Institute

Sheila Wolfe grew up in a Jewish family in New York City, according to the New York Times wedding announcement. Her father worked as an engineer at the Port Authority of New York and New Jersey.

“She’s not from a wealth background,” friend Ed Hayes, a lawyer, told Dorothy Scura in the 1990 book “Conversations With Tom Wolfe.” Hayes added, “She’s from the Bronx, but 99 percent of the women born to privilegae should have her manners and her looks to book. It’s hard to be married to a very famous man, especially in New York. Sheila does that well.”

She graduated from the Pratt Institute in Brooklyn.

The New York Times Magazine wrote in 1981, “Friends say that Wolfe and his wife are quite close, and at least one thing they share is a sense of privacy. She declined to be interviewed at all about her husband.” 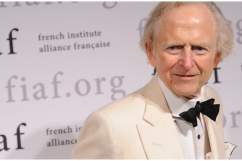 Tom Wolfe Net Worth: 5 Fast Facts You Need to Know

3. Sheila Wolfe Was the Art Director at Harper’s, Where She Designed Covers for the Magazine

After working at Esquire, Sheila Wolfe became the art director for Harper’s, where she designed covers for the magazine. Tom Wolfe worked as a contributing editor there. Sheila Wolfe no longer works for Harper’s, but is still working as a freelance graphic design and marketing consultant.

“She’s very feminine and refined,” writer Gay Talese told writer Dorothy Scura about Sheila in 1990. “Tom has a woman who cares greatly for him and can protect him from a lot of the distractions of New York. She appreciates is need for solitude. Sheila Berger has good judgement. She’s no Zelda, in other words.”

In a 1988 article on Wolfe, the Philadelphia Inquirer wrote that Sheila Wolfe is “an attractive, seemingly down-to-earth woman who avoids the glare of the spotlight her husband attracts.” “Tom usually works until 6 o’clock,” she told the newspaper. “We leave the second floor of the house to him, but when he comes upstairs, it’s crazy like any house with children. You should see our house after 6 o’clock!”

4. They Have 2 Children Together, Alexandra, a Journalist & Writer, & Tommy, a Sculptor & Furniture Maker

Along with his wife, Tom Wolfe is survived by his two children, Alexandra Wolfe and Tommy Wolfe. Alexandra Wolfe, 38, is an author and reporter for the Wall Street Journal. Tommy Wolfe, 33, is a furniture maker and sculptor.

Alexandra Wolfe writes a weekly column, “Weekend Confidential,” for the Wall Street Journal, and published a book about the tech world, “Valley of the Gods: A Silicon Valley Story” in 2017. She is a graduate of Duke University and married Dr. Andrew Schiff in February. According to the New York Times wedding announcement, Alexandra asked her father, known for his trademark white suits, if he would be wearing one at her wedding. He replied, “No, you can wear white. It’s your day.”

Tommy Wolfe is a sculptor and furniture maker in Brooklyn. He is a graduate of Trinity College in Hartford, where he played on the school’s national-championship-winning squash team from 2003 to 2007, according to the New York Times. He married Jena Steinbach, the owner of marketing and advertising agency Little House, in 2016. 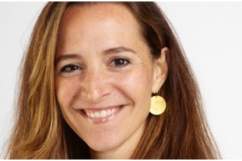 5. The Couple Lived Quietly Together in the Upper East Side of Manhattan

Sheila and Tom Wolfe lived a quiet, private life in their 12-room Upper East Side apartment in Manhattan, according to the New York Times.

“Tom and Sheila Wolfe seem to live very quietly in their East Side townhouse. Tom’s only excess seems to be tailor-made clothes: He does not light up the sky at Elaine’s. He sits at home in his white-on-white studio and sketches illustrations for Harper’s and works on outlines of his next book, which will be his first novel and which he hopes will be a sort of Vanity Fair of New York City. He feels New York – any major city – should be a central part of a book. Dickens and Zola and Balzac and Thackeray did it, Tom said, so why shouldn’t he?” Rolling Stone wrote in 1980.

In 1990, he told writer Dorothy Scura, “I’ve had people who want to do stories about a day in the life of a writer. I don’t think it would be very interesting…I stay at home all day and walk around the typewriter from time to time. As a diversion, I’ll go window shopping. That’s really my only hobby. I’m like a kid looking at store windows.”

Tom Wolfe dedicated his 2012 book, “Back to Blood,” to his wife, according to Vulture. 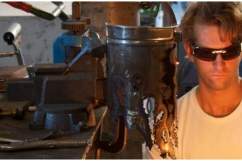 Read More
5 Fast Facts, Breaking News
Follow Heavy ↓
Tom Wolfe, the American journalist and author, has died at the age of 87. He is survived by his wife, Sheila Wolfe, and their two children, Alexandra and Tommy.