Delfina Mota is a San Diego woman who reportedly underwent a C-section without anesthesia, feeling the entire process until she eventually passed out from shock.

Now, Mota and her boyfriend, Paul Iheanachor, are suing  the hospital that performed the c-section. In her legal complaint, Mota claims that the doctors were “panicked” and there was no anesthesiologist around, so they decided to perform the C-section without it.

On Friday afternoon, the hospital released a statement regarding Mota’s lawsuit. The San Diego Tribune reported that the statement read: “While we normally don’t comment on pending litigation, the patient’s public discussion of the care she received during her emergency C-section compels us to address this outrageous allegation. The patient was administered anesthesia prior to the surgery. We are pleased that the baby is ‘healthy’ and ‘happy.’ ”

26-year-old Mota was 41 weeks pregnant when the C-section occurred. Here’s what you need to know.

1. Mota Initially Intended to Have a Natural Childbirth, Until Her Baby’s Heartrate Lowered

'I was just screaming': Mother claims doctors gave her an emergency C-section WITHOUT anesthesia

When Delfina Mota's blood pressure dropped and doctors couldn't find her baby's heart beat while she was in labor, the team at the California hospi… https://t.co/0nOab3f3wk

According to their lawsuit, the trouble for Mota began when her blood pressure dropped and the doctor was not able to find her baby’s heart rate.

Soon after, the doctor called for an emergency C-section, and the anesthesiologist on call, Dr. David Seif, “was paged multiple times but did not respond.”

That’s when the doctors decided to go through with the C-section anyways, without any numbing agents for Mota.

2. Mota Told People Magazine, ‘I Felt Them Cut Me Open’

Delfina Mota, who was held down by nurses while screaming in pain, is filing a lawsuit over the "horrifying" experience.https://t.co/JQGbFRKLJe

In an exclusive interview with People Magazine, Mota said, “I was crying because I was scared, I didn’t know what was going on. I was laying there and [obstetrician Dr. Sandra Lopez] was like, ‘We have to just do it.’ That’s when I felt them cut me open. Nurses were holding me down … I could feel her cutting me and, with her hands, opening me. That’s when I passed out.”

As for Iheanachor, he knew something was wrong when he heard screaming. To The San Diego Tribune, Iheanachor said, “I heard the screams, the horrific screams. That’s when I realized they were cutting her without anesthesia.”

In Mota’s lawsuit, it reads, She was “crying and screaming at the top of her lungs, that she could feel everything that was happening, and was also pleading for help.”

3. To Make Up for the Trauma, the Hospital Allegedly Offered a $25 Gift Certificate

Delfina Mota tells me that doctors performed a c-section on her with no anesthesia when they couldn't find the anesthesiologist. She screamed & told them to stop. They didn't. Instead they apologized & gave her a $25 gift card. I got to tell her story. https://t.co/n5XdRMrzRB

Iheanachor said of the hospital staff to People, “They kept asking what we remember. They tried to smooth it over and said, ‘These things happen.’ They gave us a double room, so I could stay. They gave us a $25 gift certificate to the gift shop. They said, ‘Sorry for what happened, here’s a gift certificate.’ I feel like it was damage control. We were just in shock.”

4. The Couple Is Suing the Hospital & Their Doctors for Medical Malpractice, Assault and Battery

"I could feel her cutting me and, with her hands, opening me. That’s when I passed out," Delfina Mota said in a recent interview. https://t.co/eWckpbMnqn

People reports that Mota and her boyfriend are suing for more than $5 million in damages, in the wake of her traumatic experience.

Iheanachor has said that he tried to get into the hospital room, but several hospital staffers prevented him from entering. To NBC New York, he said, “If somebody put a knife in your stomach and cut you open, and had their hands on your insides, and ripped your baby out, you know. I just tried to put myself in her shoes. I just tried to wrap my mind around how it would feel to basically be gutted like a fish.”

5. Mota Has Named Her Daughter Cali

Mota and Iheanachor’s daughter, now seven months old, is named Cali. “The baby is perfect,” Iheanachor said to The San Diego Tribune, though they both maintain that the hospital’s actions were totally unwarranted.

Mota said, “I understand why they did it…But this is a hospital… There should have been measures in place.”

Mota added to NBC New York, “[It was like] something like out of a horror movie…You can’t imagine. I would rather have delivered (Cali) vaginally, with no medicine, than being cut with a knife.” 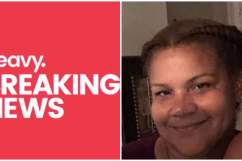 Read More
5 Fast Facts
wpDiscuz
0
0
Would love your thoughts, please comment.x
()
x
| Reply
Delfina Mota underwent a C-section surgery without anesthesia, and is now suing the hospital for over $5 million.