Google Maps On August 18, 2018, a body was found in a burning car in the Fantasia Gardens Miniature Golf Course parking lot.

Detectives were investigating after a body was found in a burning car at Walt Disney World. Orange County Sheriff’s office spokeswoman Ingrid Tejada-Monforte confirmed to Heavy.com that firefighters with the Reedy Creek Fire Department discovered the dead victim after extinguishing the flames.

This happened early Saturday morning, August 18. Deputies arrived on the scene at 4:11 a.m. to assist.

On August 31, 2018, the Orange County Sheriff’s Office released its first update since the incident. The victim has been identified as 50-year-old Brian Christ. Spokeswoman Ingrid Tejada-Monforte said detectives are NOT looking for a suspect and that they do not suspect foul play. She said the investigation is ongoing.

WKMG-TV spoke with Disney World guests after the vehicle fire. They expressed concern about safety, especially since the Orange County Sheriff’s office remained tight-lipped on the investigation. Deputies have still not commented on the exact cause of death.

The burning vehicle was found at 1209 Epcot Resorts Boulevard, in the Fantasia Gardens Miniature Golf Course parking lot. This is located less than a quarter mile away from the Walt Disney Swan and Dolphin Resort.

Google MapsOrange County Sheriff’s deputies are investigating after a body was found inside a burned car at Walt Disney World in Orlando.

The Fire Marshall was also called to the scene to investigate. Officials have not specified what caused the fire.

Disney World is directing calls to the Orange County Sheriff’s Office, which is leading the investigation. 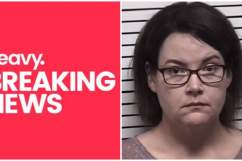