Screenshot of Video Forth Worth officers save suicidal woman from jumping off 80 foot ledge.

Two Fort Worth police officers are being hailed heroes after saving the life of a suicidal woman about to jump off an 80 foot overpass in Texas last Saturday.

The dramatic video was caught on tape. Officer Trae Cierzan and Officer Justin Henry can be seen walking up to the woman slowly, while the visibly strong wind whips around them as a storm moves in.

Dramatic: Cops Leap in to Save Suicidal Woman About to Jump from an OverpassA pair of Texas cops came to a distraught woman's rescue and managed to save her life. The duo had moments to act as the woman teetered on the brink of an overpass, threatening to jump into traffic below. Just as officers, Justin Henry and Trae Cierzan pulled up to the scene, they found the…2018-08-24T02:10:41.000Z

The two officers thought they were just responding to a stranded vehicle, but as soon as they pulled up up to the scene, the woman jumped out of her car and onto the ledge.

“We were scared,” Henry said Thursday in a news conference where they talked about how the two saved the woman on Saturday evening. “A storm was coming, it was windy and we didn’t know what was going to happen.”

Both officers can be seen approaching her slowly, while trying to gently coax her down.

The woman responds “it doesn’t matter,” to which Henry replies “it does matter.” 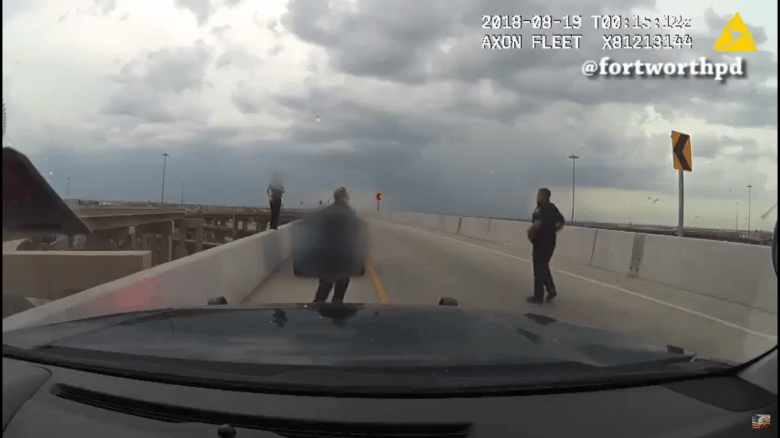 “Please take care of my dog,” the woman tells the officers, sobbing. “Everybody wants me dead.”

The officers continue to plead with her to get down from the ledge, but eventually make their move and quickly pull her down to safety. They tell the woman they are going to get her help and continue asking for her name.

“We tried to get her to talk to us,” Cierzan, who has one-year experience on the force, said. Henry has been with the department two years. “We let our training take over.”

The officers posted the dramatic footage on Facebook Thursday. Hundreds of comments flooded the post, exclaiming how proud they were of the officers and how much they wanted to reach out to the woman to tell her she isn’t alone.

“I want to meet this lady. I want to be her friend. I want her to know that I think whatever she’s going through, whoever is hurting her, she’s worth more. I want to let her know how much she’s worth and how much she matters,” one user posted.

Another user wrote: ” These two FWPD officers demonstrated professionalism, heroism, and compassion saving a life today. Let this example of what law enforcement officers do to protect us daily not go unnoticed. Great job and thank you, Officer Justin and Officer Trey!” 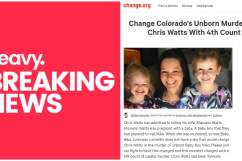 Read More
Breaking News, Suicide, Texas
Two Fort Worth police officers are being hailed as heroes after their quick actions saved the life of a suicidal woman about to jump off an 80 foot bridge.