Netflix Wayne Doty is a man convicted of capital murder and sentenced to the death penalty, who is featured on the Netflix docu-series "I Am A Killer."

Wayne Doty is a man convicted for capital murder who is currently on death row.

Doty is featured in the tenth and final episode of Netflix’s ‘I Am A Killer,’ a true crime docu-series that features men on death row.

1. Doty Grew Up With a Tumultuous Childhood & Left Home at 16

In 1997, Doty was arrested and convicted of murder by a Florida jury. Doty explains that his father was an abusive alcoholic throughout his childhood, and that he was “desperate to try to get out of that environment.”

Doty moved out when he was 16 years old. After moving around for several years, Doty got a job at a factory in Florida. “I started drinking more and becoming more agitated,” Doty explained, adding that he developed a meth habit with his foreman.

2. The Night of the Murder, Doty Claims He Didn’t Have Any Intention to Commit the Crime

“It was very calculated to be in a Maximum security facility and to be able to accomplish that, that was really good.” – Wayne Doty (I am a killer)

Doty went over to his foreman’s house one night to do meth with him, citing that he did have a gun but was only planning to use it “for a trade out for drugs.”

Doty noted that he and the foreman had both been up for “about a week straight on crystal meth.”

They became involved in an altercation, and Doty shot him with a revolver. “I didn’t know whether he was dead or not…so I unloaded the gun five times in his face.”

“Did he deserve to die?” Doty asks. “Probably not…but I can’t bring him back.”

3. Doty Was Initially Sentenced to Life in Prison Without Possibility of Parole

#IAmAKiller Episode 10 was wild af. Wayne Doty's perspective on the verdicts and who he is as a person was uncomfortably calm, wtf and sad mixed together.

He really stood in court and said "I am a killer" like he was calling a regular job title.

Initially, Doty was given a life sentence, not a death sentence. However, fourteen years later, Doty was selling tobacco to inmates when he made a “calculated” decision to kill another inmate.

Doty has since claimed that he sees no point “in fabricating a fantasy that I’m not guilty, when I am.” He pled guilty to the murder and was sentenced to death in 2013.

4. Doty Found Out His Mother Was Still Alive When He Was 14 Years Old

Should convicted killers be allowed to request the death penalty?#IAmAKiller continues tonight 9pm with the story of Wayne Doty. pic.twitter.com/sT3yHFTff2

Doty’s father had allegedly told him that his mother, Mary Cole, was dead, even though she wasn’t and had simply lost custody. When Doty found out about his mother, he contacted her. “We flew him out to Colorado,” Cole said, “[and] when he was here, he probably felt out of place. He got a job, he bought himself a car.”

Doty was only in Colorado for a few months when he left abruptly and returned to Florida.

5. Doty Has Asked for the Electric Chair, & ‘Knows’ That He’s Guilty

“What’s the point of capital punishment if it’s not going to be used in a proper manner?” Doty asks in the first few moments of his Netflix episode.

“He’s motivated by a moral code that’s strong and unique to him even if it would be totally foreign and unacceptable to the rest of us,” prosecutor Bill Cervone said of Doty. “He’s extraordinarily frightening in that he will tell you with no emotion that he has killed before, that he might kill again if he thought circumstances made it appropriate.”

Doty was sentenced to death in 2013. He has repeatedly called for help from the media in expediting his death sentence, arguing that the delay only causes suffering all around, including for the relatives of the victims. 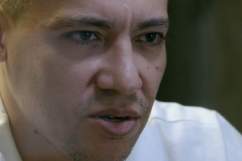 Read More
5 Fast Facts
wpDiscuz
0
0
Would love your thoughts, please comment.x
()
x
| Reply
Wayne Doty is a man convicted of capital murder and sentenced to the death penalty, who is featured on the Netflix docu-series "I Am A Killer."