Hurricane Florence is forcing numerous postponements and cancellations of several concerts and events in the affected area over the next few days. Florence poses a dangerous threat to the coastal regions of the Carolinas, where it’s expected to make landfall early Friday morning.

A map from the National Hurricane Center shows a forecast cone and coastal watches and warnings below. Current projections show Hurricane Florence bearing down on the East Coast, threatening North and South Carolina this week. 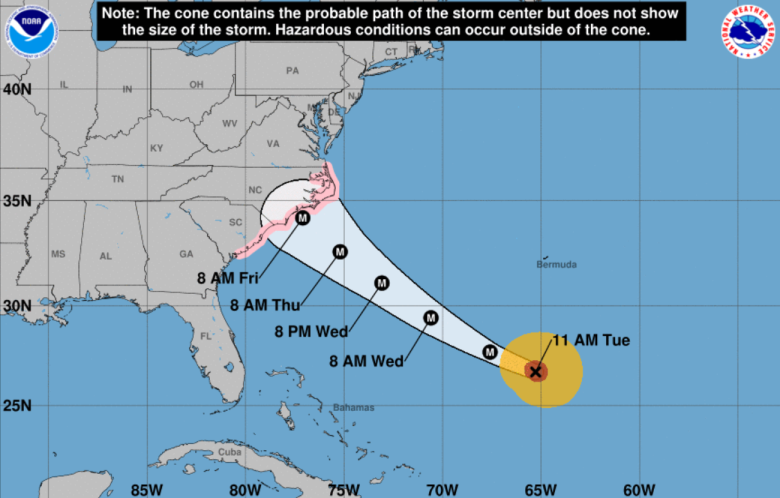 Here’s a list of events that have been affected with significant delays and/or cancelations. Heavy will continue to update as more information is known.

According to Inside Nova:

According to the Herald Online, the Sanctuary of Life Outreach Center in Rock Hill is opening the church to provide shelter for homeless people in the community. The church will open at 6 p.m. Thursday, and members will provide food and entertainment to people who seek shelter.

Also: J. Cole’s Dreamville Festival, a major multi-act concert scheduled at Dix Park on September 15-16, has been canceled. Tickets purchased through Ticketfly will be refunded. Those who bought tickets through a verified festival street team member or outlet, contact streetteam@scoremoreshows.com. Email info@dreamvillefest.com with questions. (Raleigh)

Heavy will continue to update as more cancellations are announced and the forecast becomes more clear.

Loading more stories
wpDiscuz
0
0
Would love your thoughts, please comment.x
()
x
| Reply
Hurricane Florence is forcing numerous postponements and cancellations of several concerts and events in the affected area over the next few days.