Mugshot James Patrick was arrested for threatening to shoot members of Congress and their families depending on the outcome of the Brett Kavanaugh trial.

James Patrick, of Winter Haven, was arrested after making threatening Facebook posts relating to the nomination of Brett Kavanaugh for a seat on the U.S. Supreme Court, according to the Polk County Sheriff’s Office.

“I am about to accept an offer on my house. Just to get more money to fund my plan to kill democrat office holders and their families involved in this sham to keep kav from being on the Supreme Court,” one post reads.

Patrick, 53, is being charged with writing a “threat to kill or injure” after authorities were alerted to Facebook posts that Patrick wrote, threatening to shoot members of Congress depending on the outcome of the confirmation hearing, as well as any law enforcement officer who showed up at his home.

Here’s what you need to know about Patrick:

1. Patrick Was Arrested After Writing Several Disturbing Facebook Posts Over The Span of Kavanaugh’s Hearing

Deputies arrested Patrick after he threatened to kill members of Congress and their families on Facebook if Brett Kavanaugh wasn’t confirmed to the Supreme Court.

One post reads: “I am about to accept an offer on my house. Just to get more money to fund my plan to kill democrat office holders and their families involved in this sham to keep kav from being on the Supreme Court.”

Several of the posts of since been removed by Facebook after the disturbing content was reported and news of Patrick’s arrest spread, but Heavy has screenshots of the content in the event that it is removed. Be warned, some of the content is and disturbing.

One post, that can be seen above, has a close-up picture of a bullet, accompanied by a long post of Patrick talking about “having all arrangements made” because he will “not be coming home if Kav(anaugh) is not confirmed.”

Another post talks about how he is willing to “sacrifice himself” for his country, while exclaiming that he “will know who needs to be killed” after the Kavanaugh hearing comes to an end.

“I can tell it seems I will be sacrificing my life for my country,” Patrick said in another post on Facebook on Sept. 27. “But I am ready and will know who needs to be killed after the vote to put Kavanaugh on the Supreme Court.”

Screenshot of Facebook PostJames Patrick: “I am ready and will know who needs to be killed after the vote to put Kavanaugh on the Supreme Court.” 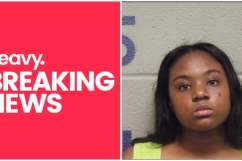 Avalone Fishback: Student Arrested After Attempting to Hire Someone to Kill Ex-Boyfriend

Patrick’s posts didn’t just include threats to the lives of Congressmen and women, his violent ideals extended back years to the 2016 presidential election, where he wrote a post wishing that Donald Trump would beat Hillary Clinton with a hammer.

“Th [sic] presidential debate is about to start ..would be funny as hell if.. when they both got behind thiertheir [sic] podiums .. Trump reached over to Hillary and Bashed her in the head with a hammer and said ‘There’s another concussion for you Hillary.'”

In a different post from 2017, he wrote “I can’t do this by myself ! Need more conservatives going into liberals’ homes at night killing them in their sleep!”

Another, more recent post written on September 27 made a vulgar reference to “running a train” on Christine Blasey Ford, one of the women accusing Brett Kavanaugh of sexual assault, while another post talks about needing a woman to “clean my house, wash my clothes, cook and just do what I tell her to do.”

He also shared memories on the social media site, complaining about Facebook suspending him for other violent and racist posts. There are several other posts that Patrick has written over the last few months that were extremely vulgar in nature, so be warned – some of the posts below may be considered graphic and disturbing to some readers.

There was one specific post that he “wrote a little song for the ladies,” thanking the Lord for making him white.

“I wrote a little song and it goes like this right here .. uh one an a two

Thankya Lord .. fer makin me white
We all know that white makes right

Well .. that about does it ..
Ladies send me a personal message if that made you moist”

A post from earlier in September claims that he believes the “blacks that are conservative” are totally different from the “Democrat voting blacks.”

“Just got a week vacation from twitter for telling the naacp that whereever there are large numbers of blacks. Anywhere in the world there is violence poverty and government having to take care of your sorry black asses .. maybe I got kicked off for not showing respect and capitalizing naacp .. I do not include the blacks that are conservative and are totally different than democrat voting blacks.”

The above posts only date back to early September. Heavy did not continue any further.

Patrick’s bio on Facebook states that he owns five businesses, likes people with good attitudes, and that he doesn’t “find it humorous to hurt peoples’ feelings.”

reads: “i am extremely adventurous. i own 5 businesses but still have lots of time for fun. i like people that have a good attitude, smile and laugh, are not self centered and i do NOT find it humorous to…hurt peoples’ feelings, embarrass people, or make anyone the butt of a joke that the person does not think its funny.”

He also has several pictures of a handgun on his page, one as his profile picture, and despite his vulgar, violent posts, most of the pictures on his page are of cars and puppies. One of the posts threatening to murder the Congressmen and women claims that he has “made arrangements” for his dogs in the event that he doesn’t return, or he dies.

His profile also states that he studied at the University of Florida and is from Mulberry. Under his favorite quotes, he has several, including “don’t achieve in order to be happy, happily achieve,” and “death is my b–ch, death will come for me when I tell him to come for me and he will come with his head bowed.”

He also added “other things I say regularly,” that include strange quotes such as “thank the Lord for these adult diapers cause I just s–t my pants again,” and “pee pee poo poo.”

“I play in my own doo doo – just kidding I just like saying doo doo – I have a different sense of humor.” 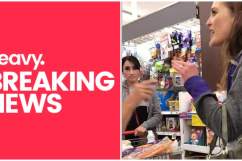 WATCH: Woman Calls Out ‘Racist’ Who Yelled at Hispanic Women in Viral Video

4. Due to His Account Being Public, Hundreds of People Have Commented on His Pictures & Posts, Calling “Hate-Spewing Pig”

Since Patrick’s Facebook profile was still public when he was arrested, it didn’t take long for angry social media users to flood his posts with insults. Many called Patrick a “racist pig,” while others laughed at the irony of his post about Bill Crosby getting jail time.

“Looks like you’re going there, too, dumbass,” one user wrote.

Most of the other comments involved hurling various insults at Patrick, calling him names and laughing at the charges he is facing.

“Typical trump supporter. No brain, spewing hate with diarrhea of the mouth,” said another user, while someone else claimed otherwise, writing “not your typical Trump supporter. Clearly he’s mental.”

In the comments of Patrick’s post claiming he needed a woman to cook, clean and do whatever he wanted, one user wrote: “Asshole, there is a reason (well, several) WHY your ass is single!”

This is James Patrick Jr. & here are some of his FB posts threatening to kill politicians & cops. He’s in jail now being held on $500k bond. Here’s the news release https://t.co/ya6n9lQX8e pic.twitter.com/5cdqRioRJU

Patrick was booked into Polk County Jail, where he was held on $500,000 bond. According to jail records, he was previously arrested in 2009 for battery.

“Within five hours of receiving an email tip about the posts, our detectives investigated it, obtained an arrest warrant and search warrant, and took the suspect into custody without incident,” Polk County Sheriff Grady Judd said. “People need to calm down, and stop making threats of violence – we will not tolerate it. Anyone who threatens to shoot or kill any public servant or law enforcement officer will go to jail immediately.”

“When we went to arrest him, he goes, Oh I knew it was pretty bad language, but I didn’t think I would get in trouble because I didn’t say it about any one person. News flash, you did get in trouble,” said Sheriff Judd.

READ NEXT: Terrence Carraway: A Tribute to the Fallen Florence Officer