A former Ohio lawmaker, Cuyahoga County judge and Cleveland city official is suspected in the stabbing death of his estranged wife, sources told the Cleveland Plain Dealer. Lance Mason, who spent time in prison after being convicted of domestic violence, was arrested after Aisha Fraser was killed her Shaker Heights home, the newspaper reports.

Mason, a 51-year-old former Cuyahoga County Common Pleas Court judge, has not yet been charged in connection with Fraser’s death, but was taken into custody Saturday morning, the Cleveland Plain Dealer reports. Three sources told the newspaper that Mason has been accused in the fatal stabbing of Fraser, who was a beloved teacher in Shaker Heights.

Mason had been working for Cleveland Mayor Frank Jackson as a minority business development director, but the city announced Saturday that Mason had been fired. He was hired to the $45,000 per year job after his release from prison following the 2014 domestic violence conviction in a move by Jackson that generated controversy.

Fraser had filed from divorce from Mason and won a $150,000 civil lawsuit, according to The Plain Dealer. The divorce case was still pending. The couple had two daughters together. Lizette Jordan, a friend of both Fraser and Mason, told the newspaper she wasn’t aware of ongoing problems between them. “The only issues they ever had is when they argued about the girls. He really loved those girls though,” Jordan said.

Here’s what you need to know about Lance Mason and the death of Aisha Fraser:

1. Lance Mason Is Accused of Killing Aisha Fraser in Front of Their Children & Then Striking a Police Officer With His Car While Fleeing the Scene

Lance Mason is accused of stabbing Aisha Fraser to death in front of their two daughters in Fraser’s Shaker Heights home, the Cleveland Plain Dealer reports. According to the newspaper, Mason was arrested after crashing his car into a police officer’s vehicle while fleeing from the scene. Both Mason and the officer were taken to the hospital, The Plain Dealer reports.

Shaker Heights Superintendent Stephen Wilkins said in a statement, “She touched so many of our children’s lives and will be deeply missed. Her loss is unexpected and the impact of this news on our entire school community is unimaginable and profound.”

The teacher’s association has started a GoFundMe campaign to raise money for Fraser’s daughters. Donations can be made here.

According to The Plain Dealer, the Masons’ 11-year-old daughter, Audrey, has Down Syndrome and underwent heart surgery when she was 8 months old. The couple opened Audrey’s chocolate shop to provide extra income for her medical expenses and with an eventual goal of hiring employees with Down syndrome, according to the newspaper’s archives.

Kelli Glass, who worked for Fraser as a babysitter for Audrey and her 8-year-old sister, told The Plain Dealer, “She was a very sweet lady. She loved her job, she loved her kids. Her girls were her whole life. They are the nicest kids you’d ever meet. They are great kids. Adorable.” 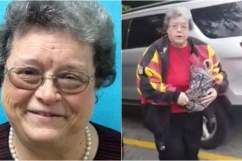 2. He Punched Fraser More Than 20 Times & Slammed Her Head Against the Dashboard of a Car Multiple Times, Fracturing Her Orbital Bone, in the 2014 Incident

Lance Mason after his 2014 arrest.

Lance Mason was accused of punching Aisha Fraser more than 20 times and then slamming her head against the dashboard of a car at least five times, fracturing her orbital bone, during the 2014 incident, WKYC-TV reports.

The vicious assault occurred as the couple drove in Shaker Heights. Their two daughters were in the car and witnessed the attack. Fraser’s injuries required reconstructive surgery, the news station reports.

Mason fled from the scene of the attack and a member of his family called police to say that they thought he was suicidal. Mason eventually surrendered to police at his Shaker Heights home.

During a search, police found 2,500 rounds of ammunition, semi-automatic rifles, smoke grenades, a sword and a bulletproof vest, the Cleveland Plain Dealer reported at the time. According to police, Mason owned two shotguns, two semi-automatic rifles and two handguns. He was required to surrender those weapons after pleading guilty to felony domestic violence charges.

3. Mason, Who Was Barred From Practicing Law or Becoming a Judge Again, Worked as a Life Coach & Consultant After Serving 9 Months of a 2-Year Prison Term

Mason pleaded guilty to felony charges of domestic violence and attempted felonious assault after the 2014 incident and was sentenced to two years in prison, WJW-TV reports. Mason was also barred from ever practicing law or becoming a judge again.

Mason was released from prison on judicial review after serving just 9 months. According to WJW, Mason wrote a letter of apology to his wife and children.

After his release from prison, Mason started a website offering life coaching and consultancy work and touting how the domestic violence conviction changed his outlook. On the website, Battlethru.com, Mason wrote, “In August of 2014, upon returning home from a funeral, Lance assaulted his wife in the presences of his children. He plead [sic] guilty to charges, resigned from the judgeship, and was sentences [sic] to 2 years in prison. In addition to serving a 9 months prison term, Lance endured multiple media attacks, some calling for his firing 3 years after the assault. Since the assault, Lance has battled on a long and painful road of remorse, recovery, rehabilitation, and restoration. Lance has tirelessly fought in the courts to be active in his children’s lives.” 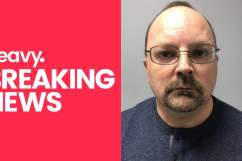 4. He Graduated From Shaker Heights High School Before Attending University of Michigan Law School & Beginning a Career in Politics & the Legal Field

Mason worked in the regulatory division of the U.S. Department of Agriculture after finishing law school, according to Crain’s Cleveland. He then became an assistant prosecutor in Cuyahoga County.

Mason moved into politics in 1999 as an aide to then-U.S. Rep. Stephanie Tubbs Jones, who had been his boss in the county prosecutor’s office. In 2002, Mason was appointed to a vacant position in the Ohio House of Representatives. He was re-elected to the 8th District seat in 2002 and 2004 and then spent one term in the Ohio Senate, representing the 25th district. He also worked as a private practice lawyer while in the House and Senate.

Mason was appointed as a judge on the Cuyahoga County Court of Common Pleas in August 2008 by then-Governor Ted Strickland. He resigned from the bench after his arrest in 2014. 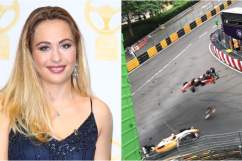 5. Cleveland Mayor Frank Jackson, Who Hired Mason in 2017, Announced the Former Judge Had Been Fired Following His Arrest & Offered Condolences to Fraser’s Family

Former Cuyahoga County Judge Lance Mason allegedly stabbed his ex-wife to death this morning, attempted to kill himself and then tried to flee from the scene, colliding with a police cruiser. Mason and the officer were both transported to the hospital. @wkyc pic.twitter.com/xMcbnbsm8A

Mason was out of the spotlight until August 2017, when he was hired by Cleveland Mayor Frank Jackson to be the city’s director of minority business development. The move to hire Mason over 12 other candidates for the city job was controversial, but Jackson defended his decision at the time, saying Mason was the most qualified of the applicants.

After Mason’s arrest on Saturday, the city issued a statement announcing he had been fired. In the statement, Jackson said, “I extend my deepest condolences to the family of Ms. Aisha Fraser, especially to her children.” The city added that it would cooperate fully with the investigation.

READ NEXT: Teen Race Car Driver Breaks Her Back in Horrific Crash