A former business partner of Michael Flynn is facing federal charges accusing him of illegally lobbying for Turkey. Bijan Kian was indicted on charges of conspiracy and acting in the United States as an illegal agent of the government of Turkey, the Department of Justice said in a press release.

The 66-year-old Kian, who lives in San Juan Capistrano, California, and also uses the name Bijan Rafiekian, is accused of trying to influence public opinion and American officials to support the extradition of Turkish cleric Fethullah Gulen, The Washington Post reports. Another former Flynn associate, 41-year-old Kamil Ekim Alptekin of Istanbul, Turkey, was also indicted on the same charges, the Justice Department says. He was also charged with lying to the FBI.

Gulen, who is living in exile in Pennsylvania, has been accused of instigating a failed coup against Turkish President Recep Tayyip Erdogan, an allegation he has denied. The Justice Department has refused to extradite Gulen on charges related to the coup, saying further evidence is needed. According to the indictment, Kian, Alptekin and Flynn conspired to advance Erdogan’s cause during Donald Trump’s presidential campaign and transition.

Flynn, a retired U.S. Army lieutenant general, is facing sentencing for lying to the FBI as part of Special Counsel Robert Mueller’s investigation into the 2016 presidential election. Flynn was a key Trump ally during the campaign and was named national security adviser after the election. He resigned in 2017. Prosecutors and Flynn’s attorneys have both recommended that Flynn serve no jail time. As part of his plea deal, Flynn admitted to his role in the conspiracy involving his former associates, The Post reports. But the case against Kian and Alptekin is being prosecuted by the Eastern District of Virginia and the Justice Department National Security Division’s Counterintelligence and Export Control Section.

Kian, an Iranian-American banker and businessman, is a former member of the Board of Directors of the Export-Import Bank of the United States and was part of President Trump’s transition team. He was also a vice chairman for the Flynn Intel Group and has been an executive or board member for several companies. Kian also started the Nowruz Commission, a nonprofit with a goal of promoting and preserving the Persian New Year, which his wife, Gissou Kian, is the president of.

Here’s what you need to know about Bijan Kian:

1. Kian, Alptekin & Flynn Conspired to Conceal That the Turkish Government Was Paying Flynn & His Company to Advance Their Interests Surrounding the Fetullah Gulen Case, Prosecutors Say

Bijan Kian, Kamil Ekim Alptekin and Michael Flynn are accused of conspiring to conceal that the Turkish government was paying for Flynn and his company, which was co-founded by Kian, to advance Turkey’s interests about Fetullah Gulen, according to federal prosecutors. Flynn is identified in court documents as “Person A” and his company, the Flynn Intel Group, is named as “Company A.”

The Justice Department said in a press release, “According to allegations in the indictment, the two men were involved in a conspiracy to covertly influence U.S. politicians and public opinion against a Turkish citizen living in the United States whose extradition had been requested by the Government of Turkey.”

Kian, while working for the Flynn Intel Group, provided services based on Flynn’s national security expertise, prosecutors say. According to the indictment, the conspiracy aimed to “delegitimize” Gulen “in the eyes of the American public and United States politicians, with the goal of obtaining his extradition, which was meeting resistance at the U.S. Department of Justice.”

Prosecutors say Kian and Alptekin sought to hide the fact the Turkish government was directing their work. “However, not only did Turkish cabinet-level officials approve the budget for the project, but Alptekin provided the Turkish officials updates on the work, and relayed their directions on the work to Rafiekian, Person A, and others at Company A,” prosecutors said.

According to the indictment, Kian and Alptekin made it seem a Dutch company owned by Alptekin was the client of Flynn and the Flynn Intel Group. Alptekin’s company paid a fee to Flynn’s company of $600,000.

You can read the indictment below: 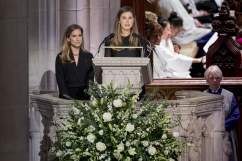 2. He Was Born in Iran, Studied at the University of Brighton in the UK & Later at Oxford University & the Harvard University Kennedy School Of Government

Bijan Kian, whose full name is Bijan Rafiekian, was born in Iran and studied engineering in Tehran. According to his Linkedin profile, Kian then completed his master’s degree in management studies at the University of Brighton in the UK in 1979.

He later studied national and international security at Harvard University’s Kennedy School of Government in 2008 and political philosophy at the University of Oxford from 2011 to 2012. Kian also completed a certificate in FINTECH and blockchain technology at the Massachusetts Institute of Technology in 2016.

He received the Ellis Island Medal of Honor in 2009 and has been a fellow at the Royal Society of Arts in the United Kingdom, according to his Linkedin profile.

3. Kian, Who Describes Himself as an ‘Internationally Recognized Diplomat,’ Served as a Board Member of the Export-Import Bank From 2006 to 2011 & Started a Persian Cultural Nonprofit

Kian, who describes himself as an “internationally recognized diplomat for the United States,” served as a board member of the Export-Import Bank of the United States from 2006 to 2011. He was first nominated by President George W. Bush. He is the highest ranking Iranian-born American to serve in the U.S. government, according to his Linkedin profile.

“At USEXIM, he served as Chairman of the Audit Committee and Member of the Credit Committee as well as a Member of the White House Business Council,” Kian said on Linkedin. “From 2006 to 2011, his portfolio included the Middle East, Central Asia, The Caucasus and Russia. A former director of Foreign Investment for California, he directed the global attraction, retention and expansion of California’s $92 billion portfolio from Europe, Asia, Africa, The Americas and The Middle East.”

Kian also served as an official in the California state government, including as an Economic Development Commissioner and Commissioner of Housing Finance. He also worked as California’s Director of Foreign Investment.

Bijan Kian, Flynn’s Iranian American biz partner, used to come on our programs on #BBCPersian as a Republican. Including this segment which he told me he was fully opposed any diplomatic talks with #Iran. Today he was charged by prosecutors in E district of Virginia. (not Muller) pic.twitter.com/sD7zlIm0HI

Kian has also been an advocate for regime change in his native Iran.

He founded the Flynn Intel Group with Michael Flynn in 2015 and served as its vice chairman. After President Donald Trump won the 2016 election, Kian was named to his transition team as intelligence community deputy lead. According to his Linkedin profile, he “Served as Deputy Lead in directing the efforts of a volunteer group that connected with all 17 elements of the Office of the Director of National Intelligence. Supported providing policy input, strategic guidance and operational counsel to prepare new Directors National Intelligence, CIA and other Cabinet Secretaries for roles in the Trump administration.” 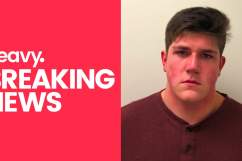 4. He & His Wife Live in California & Have 2 Daughters

According to the Nowruz Commission website, “With 25 years of experience at America’s largest financial institutions, Gissou is a seasoned banker and risk manager. As the first President of the Nowruz Commission, she was instrumental in coordinating the participation of eight governments as well as the Iranian American Community in the United States. She lead the efforts on the inauguration of the commission in March 2010 at the Library of Congress, together with the Ambassadors of participating countries and members of the United States Congress. Throughout her life, Gissou has been dedicated to philanthropic causes and organizations.”

5. Kian Was Released on Bond & Faces Up to 15 Years in Federal Prison if Convicted

NBC reports Michael Flynn’s business partner Bijan Kian (center) and a Turkish man (not pictured) have been charged with “covertly and unlawfully” trying to influence U.S. politicians to extradite a Turkish cleric from the U.S. pic.twitter.com/nPYzHO4KGW

Bijan Kian was arrested and made his first appearance in federal court in Alexandria, Virginia, on Monday, December 17. He was released on personal recognizance bond. If convicted of the charges against him, Kian faces up to 15 years in federal prison.

Kian and his attorneys have not commented about his arrest.