Cameron Holt, one of Lester Holt’s two sons, is a New York-based financial analyst with two degrees from Stanford University.

Lester Holt has written of the close relationship he has with his two sons. They are the product of his marriage to Carol Hagen-Holt, a real estate agent and former flight attendant he married in 1982, according to eonline.

Lester Holt will be pushing the button with other journalists to drop the ball at Times Square on New Year’s Eve 2018.

Family photo from 1988. Scottish outfit was on point. So was Mom's hair, and Dad's stache.#tbt #throwbackthursday

In a 2015 Facebook post revealing he had written a Father’s Day letter to Cameron and Stefan, Lester Holt wrote, “Taking some vacation time off this week and thrilled to have my two grown sons and our daughter-in-law along for a long overdue family trip. I surprised the boys after dinner last night with this letter that Time Magazine asked me to write to Stefan and Cameron for the magazine’s ‘Letters from Dad’ Father’s Day feature.” So happy for the opportunity to share our special relationship.” (Stefan Holt is married; Cameron Holt is not).

The Time article is no longer on the site, however excerpts of it remain online. Holt wrote of his two sons, “You are two fine, respectful and compassionate men who I am proud to say I now look up to.”

Holt also wrote: “We went to hear music, we traveled and played those epic “smack talking” ping-pong matches in the Chelsea loft. We sat around the dinner table long after the meal and discussed politics and history or whatever was in the news. We caught lots of ball games and had good talks during those long, scoreless innings. Even when we disagreed it was with respect and humor.”

2. Cameron Holt Works as an Analyst for Morgan Stanley in New York City

According to eonline, Cameron Holt is an analyst for Morgan Stanley.

On LinkedIn, Cameron says he is an Equity Derivatives Trader at Morgan Stanley who is based in New York. According to his LinkedIn site, he was previously an intern for CNBC, working on “the production team for two CNBC shows: Squawk on the Street and CNBC Reports. Responsibilities included booking guests, writing scripts, and pitching stories.”

He was a summer analyst for Credit Suisse and a software engineering intern for Rapleaf, according to his LinkedIn profile.

On Twitter, he says he is a “Yankees fan and coffee drinker extraordinaire.” 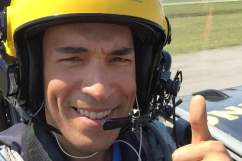 Lester Holt and his family.

On his LinkedIn page, Cameron Holt says that he is a graduate of Stanford University. He is also a former teaching assistant there in the Department of Engineering.

Cameron has an M.S., Management Science and Engineering from Stanford and a bachelor’s degree in Mathematical and Computational Science. His page says he was “Honors in Optimization Theory. Graduated with distinction.”

Cameron’s mother wrote on Twitter that he has two rescue dogs, Millie and Maddy. 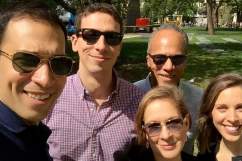 4. Cameron Joined His Father in the Studio When He Was Named the Anchor of NBC Nightly News 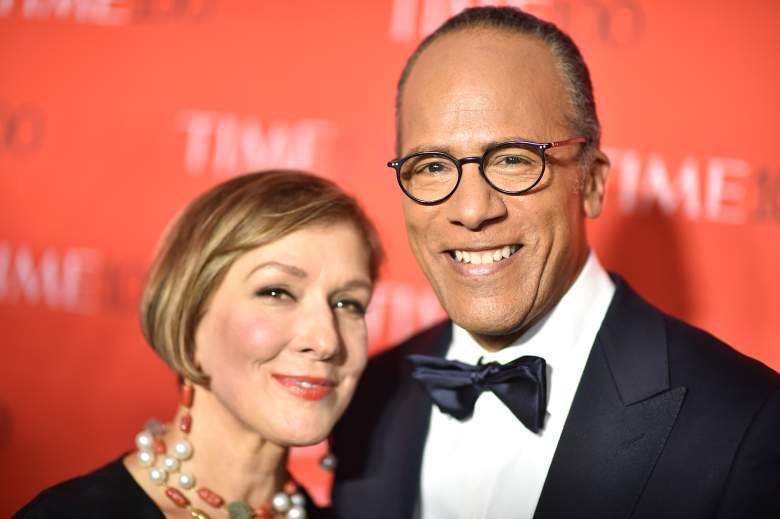 Lester Holt took over from Brian Williams as the anchor of NBC Nightly News.

According to the Today Show, Lester Holt was “joined in studio by his son Cameron and via satellite by his other son Stefan.”

Lester Holt took over the seat from Williams in June 2015, the show said. 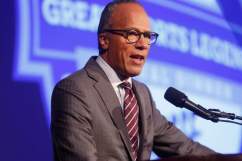 Lester Holt’s Political Views: Is He a Democrat or a Republican?

Throw back shot from our trip to Santorini, when we found an awesome gyro shop in Oia. They put French fries in the pita, and it’s actually pretty amazing! ? #tbt #santorini #greece #vacation #gyro

According to Page Six, Stefan Holt began co-anchoring an afternoon newscast for WNBC in April from 30 Rockefeller Plaza, where his father anchors the Nightly News.

Stefan emotionally greeted his father on air in what would normally be a routine promo, saying “hi dad,” The Today Show said. 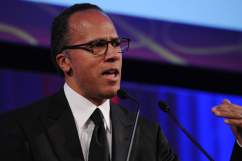