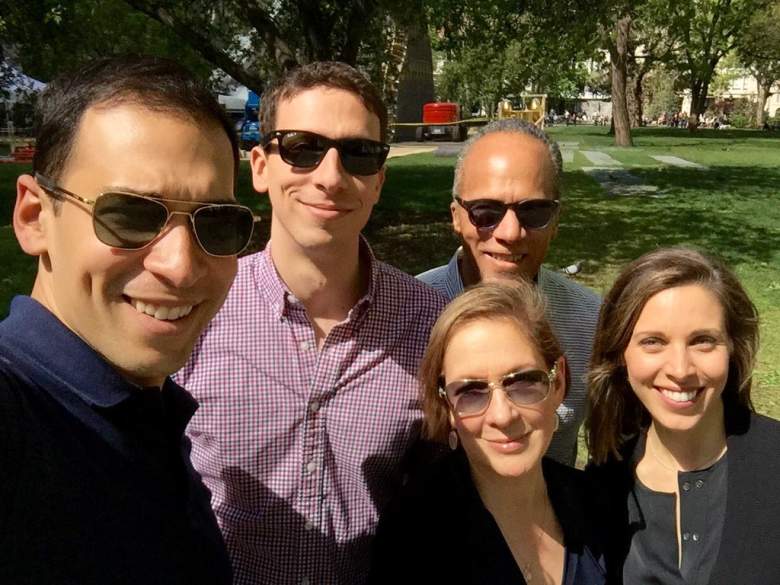 NBC News’ Lester Holt will be the moderator of the first of three presidential debates, taking place in the final weeks of a highly contentious election cycle.

The NBC Nightly News anchor will oversee what may be the most highly anticipated presidential debate in American history.

Monday’s debate will be the first between Hillary Clinton and Donald Trump. Holt carries a huge responsibility to preside over the debate in a fair and balanced manner. There’s even more pressure on Holt following the first-ever Commander-In-Chief Forum. Matt Lauer faced a backlash from the media for his approach to questioning Trump.

As Holt prepares for a historic moment in his career, here is a more personal look at his life, and family.

Lester Holt is married to Carol Hagen-Holt, who is a real estate salesperson in New York. She is currently a representative of Town Residential, according to its website. Hagen-Holt’s bio cites her experience in buying and selling urban properties, as well as her “friendly, engaging personality.”

Before she worked in the real estate industry, Hagen-Holt held a variety of different jobs, including work in non-profit fund raising, the travel industry, and in sales training and management within the cosmetic industry.

Holt told Extra the secret to making a happy marriage work is to “laugh.”

“We laugh a lot, we really do. I can be silly, she can be sillier. We just laugh through things and we know that everything, tough times will be a story at some point, and boy have I put her through some tough times with this job,” the longtime anchor said.

He added, “She understands that when the bell rings, I like to answer it, when the big story’s going on, I want to be there… I love her to death, she’s has been so wonderful, she knows this job is going to bring a lot of late-night phone calls, but she’s there for me and that means an awful lot.”

2. Hagen-Holt Traveled to Rio With Her Husband

This summer, Hagen-Holt traveled to Rio as her husband covered the 2016 Summer Olympics. She shared many moments of the trip on social media, including shots of her and Holt on Copacabana Beach.

Hagen-Holt, who describes herself as an “avid jazz fan,” also posted photos from Vinicius Show Bar, a restaurant that features Bossa Nova from the 1970s. Lester Holt even joined the musicians, playing the guitar.

Hagen-Holt often shares photos of her and Lester’s travels on social media. She describes herself as a “Global NoMad, devoted mother and loving wifey,” on her Twitter profile.

#HappyFathersDay to the wonderful father of my sons! http://t.co/vvo6f6SQxD pic.twitter.com/upbe3DBUnE

Lester and his wife have two sons: Stefan and Cameron.

Stefan has followed in his father’s footsteps as a broadcast journalist. In March 2016, he announced he was joining the NBC affiliate in New York.

The news anchor previously anchored at WMAQ in Chicago for five years, and prior to that, worked at WPBF in West Palm Beach, Florida as a reporter and weekend morning anchor.

WMAQ’s website described Stefan as an “impeccable journalist and even better person.”

Susan Sullivan, Vice President of News for WNBC in New York, describes Stefan as a “hard-working, smart and highly curious journalist who takes his responsibility to viewers very seriously.”

She added, that he is also a “caring person and a thoughtful colleague with an unbelievable ability to connect, which is exactly the kind of person we want to attract to our newsroom. We are proud to welcome him to our NBC 4 team.”

Now that Stefan is working in New York City, he’s closer to his dad who posted a congratulatory message on Twitter.

Congrats to @stefholtNBC So proud of you kid. First lunch in 30 Rock commissary is on me.

In 2013, The Chicago-Tribune reported that Lester’s younger son, Cameron, was finishing a graduate degree at Stanford and was planning to take a New York City financial job.

4. His Family Surprised Him on the ‘Today’ show

When NBC announced Lester as the permanent replacement for former Nightly News anchor Brian Williams, his family was elated.

“It will be really nice to be able to sleep in on a Saturday and Sunday,” his wife said, who surprised him with an appearance on the Today Show.

Holt was also joined in studio by his son Cameron and via satellite by Stefan.

“It’s funny looking at Stefan because if you asked me a few months ago which Holt would some day be a network news anchor of the nightly show, I would’ve thought Stefan,” Lester told NBC.

The Holt family learned of Lester’s permanent gig while they were vacationing. 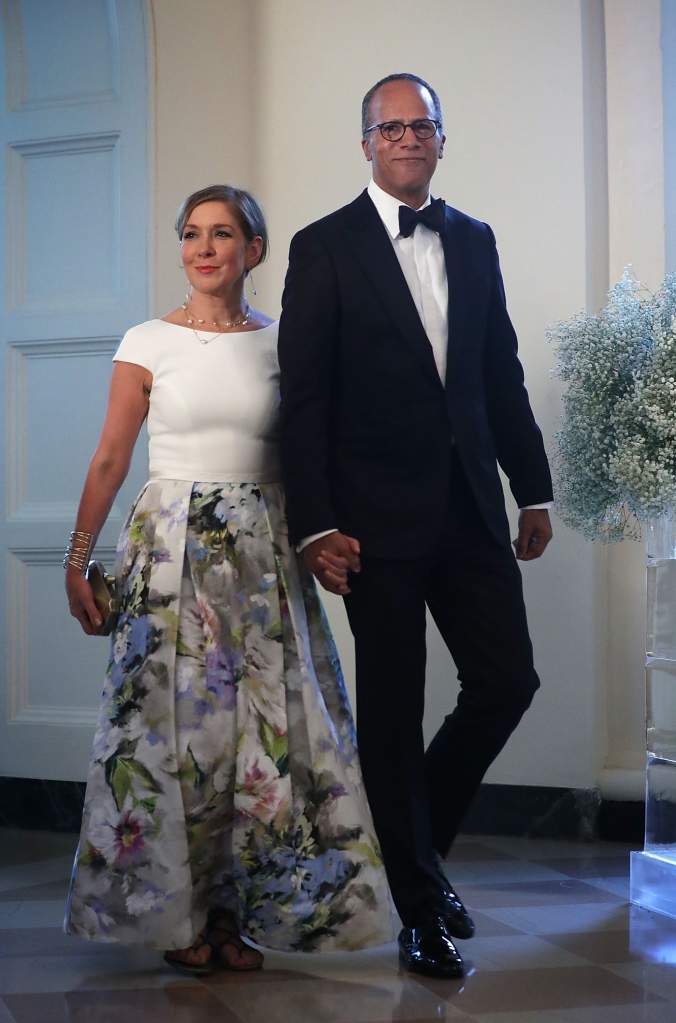 After Holt would wrap up the Sunday edition of NBC’s “Today” show at 9 a.m., he would rush to the Manhattan Church of Christ, where service began at 9 a.m. When the start time was pushed back to 9:30, it certainly helped the anchor.

“I don’t know if it was a personal favor to me, but it really has helped,” Holt told The Christian Chronicle. “For a long time, I’d get off at 9, and then I’d have to bugaloo over there and get there about the third or fourth song before communion.”

Dave Swearingen, a parishioner at the church, described Holt as “a humble and loving Christian” and a “faithful member of the congregation who doesn’t seek attention to himself.”

He added that Holt “often helps to lead our worship, and his remarks are always an inspiration to us.”

Although Holt was raised by a Christian family, he took time to reflect on his faith as an adult.

“I did a lot of reading and a lot of my own study,” he told the Christin Chronicle. “I wanted to make sure my faith was my own and not something I simply inherited. It’s not a matter of really questioning your faith, but questioning what you believe and why you believe.”

Holt is often asked if it is difficult to be a person of faith in the Journalism professions, however he does not view it as a challenge.

“I think there’s a connotation that we’re the liberal, atheist media,” Holt told the site. “And I know a lot of people in this business who are people of faith — maybe not this specific faith that I share, but people who believe in God and follow their faith. So I don’t find it hard.”

In contrast, Holt feels his job is faith-affirming, because he gets to see life in all its permutations.

Loading more stories
wpDiscuz
3
0
Would love your thoughts, please comment.x
()
x
| Reply
NBC Nightly News’ Lester Holt is the moderator of the first presidential debate. Here’s a look at his family, and faith.