Willie Brown, the former Mayor of San Francisco who has made cameos in films such as the “Godfather: Part III” and the “Princess Diaries,” addressed publicly that he had an affair presidential candidate Kamala Harris more than two decades ago.

Brown was 60 and Harris was 29 at the time. He was married to Blanche Vitero, but the couple has been separated since at least the early 1980s.

In a short article in the San Francisco Chronicle, Brown admitted that he helped Harris with her career. But he played down the significance of doing so, arguing that he has helped support and guide other politicians over the years.

1. Willie Brown Appointed Harris to Two State Commissions While He Was the Speaker of the California State Assembly

Brown and Harris reportedly dated from 1993 until 1995. During that time, Brown appointed Harris to two state commissions. According to the Washington Free Beacon, they were the Unemployment Insurance Appeals Board and the California Medical Assistance Commission.

In a letter to the San Francisco Chronicle, which was published January 26, 2019, Brown said he helped Harris in her successful campaign to become district attorney of San Francisco in 2003. Brown played down the significance of this, stating that he has “also helped the careers of House Speaker Nancy Pelosi, Gov. Gavin Newsom, Sen. Dianne Feinstein and a host of other politicians.”

Brown added that Harris took her job as district attorney very seriously and let it be known that she would never play favorites. Brown wrote that Harris was the “only one who, after I helped her, sent word that I would be indicted if I ‘so much as jaywalked’ while she was D.A.”

Attorney Willie Brown served as the 41st mayor of San Francisco from 1996 until 2004.

In 2013, the California Legislature passed a resolution to rename the western section of the San Francisco-Oakland Bay Bridge after Brown. It is now the Willie L. Brown, Jr. Bridge.

“As mayor of California’s most cosmopolitan city, he refurbished and rebuilt one of the nation’s busiest transit systems, pioneered the use of bond measures to build affordable housing, created a model juvenile justice system, and paved the way for creating the expansion campus of the University of California, San Francisco, to serve as the anchor of a new development that would position the city as a center for the burgeoning field of biotechnology.

Mr. Brown is widely regarded as one of the most influential politicians of the late 20th century, and has been at the center of California politics, government, and civic life for an astonishing four decades.

Mr. Brown’s career spans the American presidency from Lyndon Johnson to Barack Obama, and he has worked with every California Governor from Edmund Gerald ‘Pat’ Brown, Sr., to Edmund Gerald ‘Jerry’ Brown, Jr., and has left his imprimatur on every aspect of politics and public policy in the Golden State, including civil rights, education reform, tax policy, economic development, health care, international trade, domestic partnerships, and affirmative action.”

During his time in office, Brown did receive backlash for certain policy decisions. He faced criticism for development projects that gentrified neighborhoods and forced lower-income families to move out due to higher living costs. Brown also faced accusations of corruption. 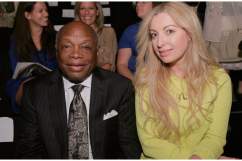 3. Willie Brown Has Been Separated From His Wife, Blanche, Since at Least 1981; Brown is the Father of Four Children

Willie Brown married Blanche Vitero in September of 1957. A 1996 profile in People described Vitero as a former college dance professor. They have three children together: Susan Elizabeth Brown, Robin Elaine Brown-Friedel, and Michael Elliot Brown. Brown and Vitero have been separated since 1981. But they never went ahead with a divorce.

Brown has a third daughter named Sydney Minetta Brown. She was born in April of 2001, when Brown was 67. Her mother, Carolyn Carpeneti, was 38 at the time. Carpeneti worked as Brown’s fundraising coordinator when he was mayor of San Francisco.

Sydney, now 17, has become a singer-songwriter. She recorded a song in 2018 called “Love Is Stronger Than Smoke and Fire” to benefit families impacted by wildfires in California.

Over the years, Brown earned a reputation as a ladies man. Playgirl magazine named Brown as one of the sexiest men in the world in 1984. The article included that Brown was known for arriving at parties with both his wife and a girlfriend with him at the same time.

Brown has been linked to current girlfriend Sonya Molodetskaya since 2002.

4. Willie Brown Has Had Cameos in Multiple Successful Films

Willie Brown’s big personality also landed him appearances in movies and television. He portrayed a politician in “The Godfather: Part III” in 1990. In the short clip embedded above, you can see Brown’s character speaking with mafia boss Michael Corleone. Brown also played a judge in the 2000 movie “Just One Night.”

Brown has appeared as himself in films including “The Princess Diaries” in 2001 and “George of the Jungle” in 1997. He also made an appearance as himself in 1997 in the television series “Suddenly Susan.” You can see Brown’s full filmography here.

Willie Brown has been running his own institution since leaving political office. He is head of the Willie L. Brown, Jr., Institute on Politics and Public Service. The non-profit organization focuses on training students for careers in government. Brown is an alum of San Francisco State, where the center is located. 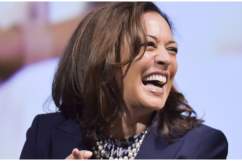