Allison Fluke-Ekren is an Overbrook, Kansas, teacher who is accused of organizing and leading an all-female ISIS military battalion.

A criminal complaint filed in 2019 in the U.S. District Court for the Eastern District of Virginia, which is now unsealed, “alleges that Allison Fluke-Ekren, a United States citizen, organized and led an all-female military battalion on behalf of the Islamic State of Iraq and al-Sham (ISIS), and charges Fluke-Ekren with providing and conspiring to provide material support to ISIS, a designated foreign terrorist organization,” the U.S. Department of Justice announced in a January 2022 news release.

“Fluke-Ekren was previously apprehended in Syria and transferred into the custody of the FBI yesterday, at which point she was first brought to the Eastern District of Virginia. She is expected to have her initial appearance at the federal courthouse in Alexandria on Monday at 2:00 p.m.,” DOJ wrote on January 29, 2022.

According to the release, “Fluke-Ekren is charged with providing and conspiring to provide material support or resources to a foreign terrorist organization. If convicted, she faces a maximum penalty of 20 years in prison. Actual sentences for federal crimes are typically less than the maximum penalties. A federal district court judge will determine any sentence after taking into account the U.S. Sentencing Guidelines and other statutory factors.”

1. The Government Alleges That Fluke-Ekren Was Involved in Planning & Recruiting Operatives to Attack a College Campus in the United States 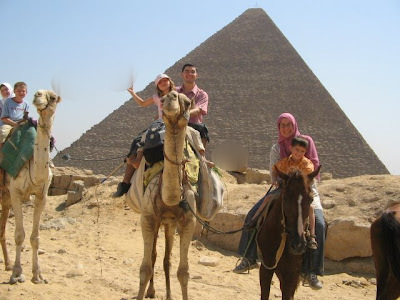 The release accuses her of:

Since her departure from the United States, Fluke-Ekren has allegedly been involved with a number of terrorism-related activities on behalf of ISIS from at least 2014. These activities allegedly include, but are not limited to, planning and recruiting operatives for a potential future attack on a college campus inside the United States and serving as the appointed leader and organizer of an ISIS military battalion, known as the Khatiba Nusaybah, in order to train women on the use of automatic firing AK-47 assault rifles, grenades and suicide belts. Additionally, Fluke-Ekren allegedly provided ISIS and ISIS members with services, which included providing lodging, translating speeches made by ISIS leaders, training children on the use of AK-47 assault rifles and suicide belts and teaching extremist ISIS doctrine.

You can read the criminal complaint in full here: criminal_complaint_allison_fluke-ekren_0_0

2. The Government Accuses Fluke-Ekren of Plotting to Detonate Explosives at a Shopping Mall 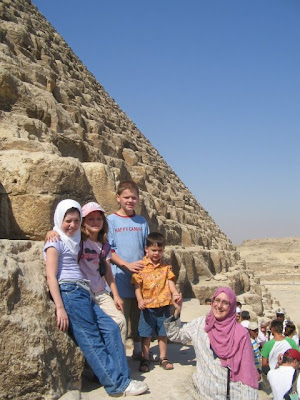 The government accuses Fluke-Ekrem of plotting to blow up a shopping mall.

A blog called 4 Kansas Kids shows pictures of Fluke-Ekren and her kids. It says, “This is a page to share the adventures of the Fluke-Ekren family. Hopefully, through this page, we can all feel closer. I will post new pictures and stories here every Friday. Please feel free to post comments, about anything. We love you all, and wish we could be close to each of you.”

Hello Everyone,
Well, we’re now technically linked-up with internet and a camera, so I can keep everyone updated with this blog. I’ll post as often as I can, but I’m shooting for at least every Friday. (I know I said that before, I’ll keep to it this time.) We love you and miss you all, and are thinking about you this holiday season. Here are Can, the kids and I in front of the middle of the three pyramids. 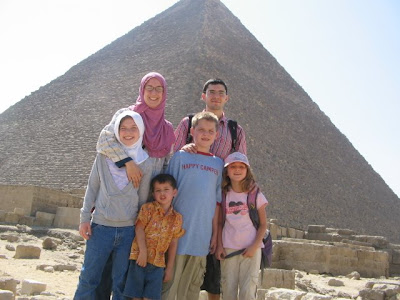 The complaint further describes Fluke-Ekren’s “alleged leadership role in the Khatiba Nusaybah. According to a witness, in or about late 2016, the “Wali” (or ISIS-appointed mayor) of Raqqa, Syria, allegedly permitted the opening of the ‘Khatiba Nusaybah,’ which was a military battalion comprised solely of female ISIS members who were married to male ISIS fighters,” the release says.

Shortly thereafter, Fluke-Ekren allegedly became the leader and organizer of the battalion. Fluke-Ekren’s alleged main objective in this role was to teach the women of ISIS how to defend themselves against ISIS’ enemies. According to another witness, ISIS allegedly mandated women who were staying in Raqqa during the 2017 siege to attend the training. The siege was launched by the Syrian Democratic Forces (SDF) against ISIS with an aim to seize Raqqa, the former de facto capital of ISIS in Syria. The battle began on or about June 6, 2017 and concluded on or about Oct. 17, 2017, at which point the SDF regained controlled of Raqqa.

The members of Khatiba Nusaybah were allegedly instructed on physical training, medical training, Vehicle-Borne Improvised Explosive Device (VBIED) driving courses, religious classes and how to pack and prep a “go bag” with rifles and other military supplies. According to eyewitness accounts, some of these classes were allegedly taught by Fluke-Ekren. One witness in particular allegedly observed that the leaders of ISIS and the other members of the military battalion were proud to have an American instructor. Fluke-Ekren also allegedly trained children on the use of automatic firing AK-47 assault rifles, grenades and suicide belts.

4. Fluke-Ekrem Worked as a Teacher in Overbrook, Kansas, & Homeschooled Her Kids

Allison Fluke-Ekren, 42, has been charged with providing material support to a terrorist organization
Criminal complaint was filed under seal back in 2019 but made public Saturday after Fluke-Ekren was brought back to the U.S. Friday to face charges pic.twitter.com/uzvheGvTim

A LinkedIn profile for Fluke-Ekrem says she worked as a teacher for New Vision International School in Overbrook, Kansas.

Fluke-Ekren told another confidential informant that her family is from the Midwest and that she was a teacher in the United States before coming to Syria, the complaint says.

An article in the Lawrence Journal-World from 2004 mentions Fluke-Ekren. It says,

Allison Fluke-Ekren said she turned to home schooling last fall because she was dissatisfied with her children’s results in public and private schools. Fluke-Ekren said Alaina had problems paying attention during class, and Gabriel frequently became bored because the material was too easy for him.

Fluke-Ekren told the newspaper that “if she ever stopped home schooling her children, she would place them in private schools.”

“But at this point, no — they’re doing great,” she said. “I don’t have anything against the institution of schools, but it has to work properly.”

According to the criminal complaint, at the time it was filed, Fluke-Ekren was 39 and believed to be residing in Syria as a member of ISIS.

A confidential informant told police that she resided with Fluke-Ekren in the City of Ablah for 18 days.

Fluke-Ekren had a collection of weapons in her house and her former husband was the emir or leader of the snipers for ISIS.

She and her former husband brought about $15,000 to Syria and used the money to purchase weapons.

In the college campus attack plot, Fluke-Ekren stated that they would dress “like infidels (non-believers) and drop off a backpack with explosives,” the complaint says.

She would get into the U.S. from Mexico and she was seeking vengeance because she believed that innocent children had died in American airstrikes.

Her plan was presented to Abu Bakr al-Baghdadi, the leader of ISIS, who approved funding for the attack, the complaint alleges, adding that she put the attack on hold when she became pregnant.

5. Fluke-Ekrem Was Married to ISIS Fighters, the Complaint Says

According to the complaint:

Fluke-Ekren said he met her husband in the United States. She had more than one son, who was 5 or 6 years old at the time and one was observed holding a machine gun. She was also raising a child whose parents had participated in a suicide bombing together in Syria on behalf of ISIS.

One confidential informant said Fluke-Ekren was the only “white, Western woman” from the United States who she met in Syria.

Another confidential informant said Fluke-Ekren speaks English Arabic, Turkish, and Spanish and does not like America or Americans.

Her now-deceased husband objected to the shopping mall attack plan.

Her husband was killed in an airstrike in Tell Abyad, Syria, as he was attempting to conduct a terrorist attack for ISIS.

In about 2016, she married a Bangladeshi ISIS member who specialized in drones.

After the death of the ISIS drone expert, she married a prominent ISIS military leaders who has been responsible for ISIS’s defense of Raqqa.

Fluke Ekren left the US and moved to Egypt in 2008, court documents say. She lived there until 2011 and then moved to Libya for one year. In 2012, she was smuggled into Syria. She also lived in Mosul, Iraq for a time. When asked how radicalized Fluke-Ekren was, one witness described her as “off the charts” and an “11 or 12” on a 1 to 10 scale.

She is accused of instructing an individual to send a message to her family member stating she was dead so the government wouldn’t try to find her.