A lot of leaks came out as part of the Fortnite v14.40 update that introduced Fortnitemares to the game, but there’s one that movie fans should be excited for and it’s Ghostbusters.

It seems increasingly likely that Fortnite will introduce a Ghostbusters bundle into the game some time during this event, but how many of you know that they actually have an Easter egg buried in the game already?

If you head to a certain spot on the map, you can actually see the Ectomobile the team drives around in Fortnite.

It’s currently hidden away on a secluded part of the island and covered up, but just enough of it is exposed to reveal what it really is. Here’s where you can track it down. 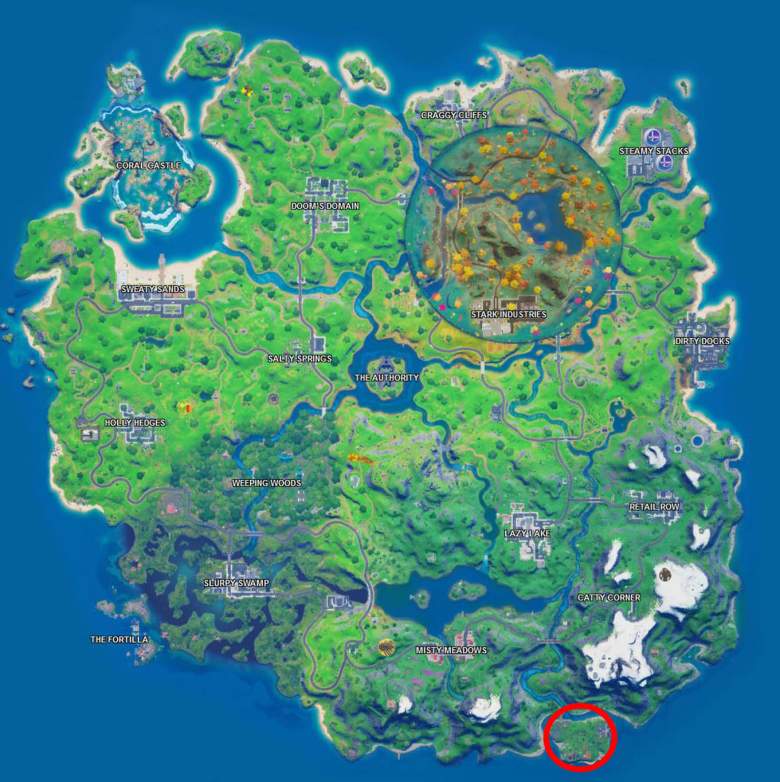 Epic GamesCamp Cod is the place to be.

To find this car for yourself, you’ll have to head to Camp Cod, which isn’t even a named location in Season 4.

This POI can be found to the south of the map on its own little island nestled between Misty Meadows and Catty Corner.

It’s not exactly a thriving location for players or loot, so there’s really not many reasons to land here, which could be why Epic decided to hide the car here. Once word gets out that the car can be found here, that might change in a hurry, so remain vigilant.

Once landing, you’re going to want to be on the lookout for a shed with the word “dirt” written across the side of it. 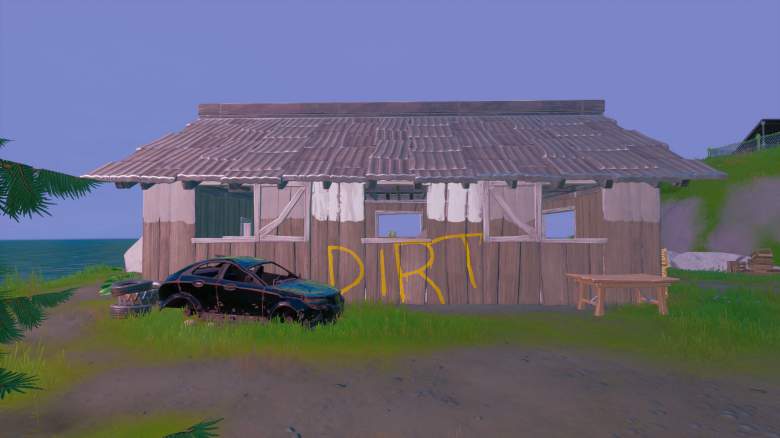 Epic GamesThe car is in here.

Just go on inside and you’ll see the iconic vehicle just sitting there. At this time, you aren’t able to take it for a joyride, but we know that has a good chance of changing in the very near future.

In the meantime, you can try whacking it a few times with your pickaxe and seeing what happens.

Rumors Are There Will Be Several Bundles

With there now being two separate franchises for the Ghostbusters series, there was a question of whether they’d bring the original cast into the game as skins, or if they’d go with the reboot.

Now, it seems like they could just bring both of them. Reliable Fortnite leaker FireMonkey said there will be three different bundles, so it looks like fans will have many choices to pick from.

Cosmetics that are encrypted this update that we know of:

We don’t know when these bundles will arrive in the game, and considering how many Fortnitemares ones are already in the shop, we wouldn’t be surprised to see if Epic will let some of those run their course before more are introduced.

They will definitely want to take advantage of Halloween, so it seems like a safe bet that the bundles will be here before the end of October.

No pricing has been made available for any of the bundles yet, but don’t expect them to be cheap because this is a big crossover we’re looking at here.

Loading more stories
wpDiscuz
0
0
Would love your thoughts, please comment.x
()
x
| Reply
The famous Ghostbusters Ectomobile is currently in Fortnite. Here's where to find it.