Arianna Delane, George Floyd’s 4-year-old niece, was shot while sleeping in her bed in a Houston apartment on January 1, 2022, police and her family say. No arrests have been made. Her family told ABC 13 they think their home was targeted, but police have not determined a motive or suspects in the shooting, the Texas news station reports.

“Why would my house get shot up? My daughter don’t know. I can’t explain that to her. As the father, you’re supposed to protect the kids,” her father, Derrick Delane, told ABC 13. The shooting happened about 2:55 a.m. at 3322 Yellowstone Boulevard, according to a Houston Police Department press release. The 4-year-old girl was taken to a local hospital and she is expected to survive, authorities said.

“A suspect or suspects fired several shots into an apartment at the above address as four adults and two children were inside the apartment,” the Houston Police said in the press release. “One of the children was struck in the torso. She was transported in a private vehicle to an area hospital where she underwent surgery and is currently in stable condition. At this time, there is no suspect description or motive in the shooting.”

Delane told ABC 13 his daughter was sleeping in her second-story bedroom when the shooting occurred, “My daughter jumped up and said, ‘Daddy, I’ve been hit’ and I was shocked until I seen the blood and I realized my 4-year-old daughter was really hit. She didn’t know what was going on. She was asleep.” She suffered a punctured lung and three broken ribs, the news station reports. She was driven to the hospital by her mother, Delane told the news station.

This is 4-year-old Arianna. She was front and center at the marches and rallies in her Uncle George Floyd’s case.

On Saturday around 3 a.m., her father tells me she was asleep in her bed when someone fired several shots at their apartment. Arianna was hit in her torso. pic.twitter.com/Cpo1oFwase

Arianna’s father told ABC 13 Houston that police didn’t arrive to their apartment until 7 a.m., more than four hours after the shooting. Houston Police haven’t confirmed the timeline of the shooting, but Police Chief Try Finner issued a statement saying an internal investigation has been launched.

“The investigation into the senseless shooting of the 4-year-old female at 3322 Yellowstone Boulevard on Saturday morning (January 1) continues to move forward,” Finner said in a statement posted to Twitter on January 4. “I am aware and have concerns regarding the delayed response time in this incident and have initiated an Internal Affairs investigation.”

Finner added, “I ask the city continue to pray for the child’s full recovery and assist in providing information that would lead to the arrest of the suspect or suspects responsible.” Police and Finner have not released any additional details about the shooting or the investigation. 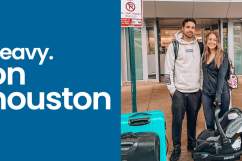 Arianna Is Recovering in the Hospital, Her Family Says

Arianna is still recovering in a local hospital in Houston, according to police and her family. Her father told Click 2 Houston, “She’s healing very fast. The last time I checked on her she was breathing on her own. She was doing really great.” He told ABC 13 the family feels fortunate that Arianna was not killed in the shooting.

Arianna is recovering from getting shot in the torso New Years Day. The 4-year-old had been sleeping, when around 3am someone fired several shots into their building. Arianna is George Floyd’s niece… and is expected to be okay. The shooter hasn’t been caught. #texas #houston pic.twitter.com/hHfJDhhOrf

Arianna is George Floyd’s great-niece. Her mother, Bianca Williams, is his niece. Williams’s mother, LaTonya Floyd, is Floyd’s sister. George Floyd was a Houston native and he was buried in his home city after he was killed by a Minneapolis Police officer in 2020. According to her family, Arianna has been at protests, rallies and memorials held in Houston for her great uncle.

The Houston Police Department’s Major Assaults division is investigating. Police said in a statement, “Anyone with information in this case is urged to contact the HPD Major Assaults & Family Violence Division at 713-308-8800 or Crime Stoppers at 713-222-TIPS.” 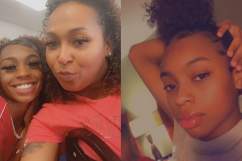 Jania Tatum-Scott: Police Search for Killer After Teen Is Slain in Baytown Park

These 2 John’s are sheep’s In wolves clothing. Cowards behind keyboards

While I am terribly sorry for the young girl, I feel that if she were related to anyone else we would never hear about it.It is just a case of the press keeping alive a a subject that has been decided.

Your a coward hiding behind a keyboard

Such a disgusting family

Smith you a hoe, keyboard coward

You softer then Charmin. Keyboard rioter

Loading more stories
wpDiscuz
6
0
Would love your thoughts, please comment.x
()
x
| Reply
Arianna Delane, George Floyd's 4-year-old niece, was shot while sleeping in her bed in a Houston apartment on January 1, 2022, police and her family say.