Many lives are being remembered this week in Houston, including a longtime priest, a businessman and a World War II Air Force secretary.

Here are some of the lives lost this week: 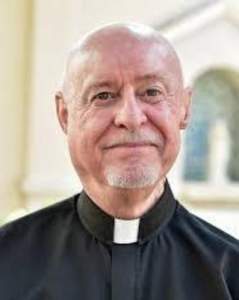 Father Alvin Sinasac died February 17, 2022, at age 70, leaving behind his six living siblings, “his Basilian brothers,” and those he served through the priesthood. Sinasac was a priest for more than four decades, according to his obituary. He attended college for architectural drafting and worked in the field before receiving his degree in 1974, his obituary says.

“He entered the Basilian Novitiate that same year and took his first vows in 1975. He earned a M.Div. during his theological studies at University of St. Michael’s College in Toronto and was ordained a priest in 1979,” his obituary says. “After ordination, Father Sinasac had several different appointments. He was a high school chaplain before going to Mexico City where he was Master of Scholastics and Director of Formation before being assigned to Houston in 1990, first to Casa San Basilio where he was the Rector for many years and then appointed to St. Anne’s Church as Associate Pastor and then Pastor in 2010 and remained there before retiring to live with his Basilian brothers at Dillon House in Houston in 2021.”

Those who wish to make donations in his memory are asked to consider the Christian Community Service Center (CCSC). 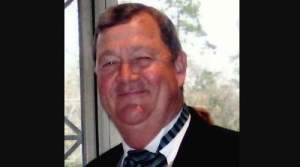 George Reid died Friday, February 13, 2022, at age 76 from cancer, leaving behind his wife, son, daughter, grandchildren, siblings and other family members, his obituary says. He was born in North Carolina and attended the University of Mississippi for business administration, his obituary says.

“After graduating he moved to Houston, Texas where he started a family and a successful commercial real estate investment company and was a longtime member of Second Baptist Church until his health declined,” his obituary says.

Those who wish to donate are asked to send contributions to Camp Sweeney, a Type 1 Diabetes Children’s Camp.

“He will be missed greatly by his family but they are comforted in knowing he is with the Lord in Heaven and all his friends and family who have gone before him,” his obituary says. 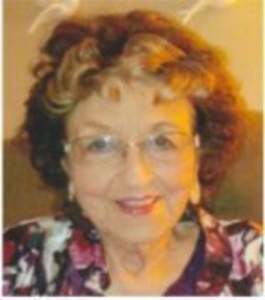 Peggy Carson died February 13, 2022, at age 98, leaving behind her sons, grandsons and great-grandchildren, according to her obituary. She was born in Kansas City, Missouri and raised in Fort Scott, Kansas, then moved to Wichita with her parents in 1942, where she got a job as a World War II civilian secretary for the Army Air Force, her obituary says. After the war, she began working for the IRS.

“Peggy met the love of her life, Albert Hestwood Carson on a blind date. They were married on Thanksgiving Day 1947 in Atlanta, Georgia where Al was attending a Coca-Cola Company training school,” her obituary says. “Both Al and Peggy were big sports fans and after the morning ceremony they attended the Georgia v Georgia Tech football game.”

Al Carson was transferred to Houston by Coca-Cola in 1963, and they moved with their two sons.

“The Carsons loved all things Houston but particularly the Astros, Oilers and Rockets,” her obituary says. “Peggy had many gifts. She was an accomplished oil painter and she sang second soprano in the Tallowood Baptist Church choir for many years.”

Loading more stories
wpDiscuz
0
0
Would love your thoughts, please comment.x
()
x
| Reply
Many lives are being remembered this week in Houston, including a longtime priest, a businessman and a World War II Air Force secretary.