Elmore, 18, was charged after the Friday, March 4, 2022. shooting, the Johnson County District Attorney’s Office said in a press release. Elmore remained hospitalized on March 7, while the other two victims were released from the hospital, according to police. The victims have been identified as Erik Clark, who has served as an SRO and police officer in Olathe for 15 years, including seven working in schools, and Kaleb Stoppel, who is the athletic director and an assistant principal at the school.

Elmore is accused of shooting Clark and Stoppel inside an office at the high school. Police said Clark radioed for help about 10:30 a.m. on Friday, saying he and a school staff member had been shot inside the building. Clark said in the radio call that he returned fire and wounded the shooter, who police later identified as Elmore, a senior at Olathe East, according to a police press conference and radio transmissions obtained by Heavy via Broadcastify.com, a website that streams and records police scanner audio.

Here’s what you need to know about Jaylon Elmore and the Olathe East High School shooting:

1. Elmore Is Accused of Using a ‘Ghost Gun’

Jaylon Desean Elmore is accused of using a ghost gun during the shooting, Johnson County District Attorney Steve How told KSHB on March 7. The news station reports that the federal investigators with the Bureau of Alcohol, Tobacco, Firearms and Explosives are working with local and state police to learn more about the gun and shooting. ATF agents are trying to determine how Elmore obtained the ghost gun, according to KSHB.

Olathe Police said in a statement that Clark responded to the school’s main office for an “administrative matter,” about 10:38 a.m. on Friday. “During the incident, the student produced a handgun and shots were exchanged between the student and the school resource officer. The student was taken into custody. The school resource officer, the administrator and the student all sustained gunshot wounds,” police said in the statement. “All involved were transported to a local hospital for medical treatment. The school was evacuated and cleared.”

According to The New York Times, ghost guns are firearms that are assembled from kits and do not have serial numbers. “Traditional firearms are made by licensed companies and then bought from licensed gun dealers. All guns manufactured in the United States, as well as those imported from abroad, are legally required to have serial numbers that are typically displayed on the back of the frame,” The Times wrote. “In contrast, a ghost gun is manufactured in parts, and can be assembled at the home of an unlicensed buyer. There is no need to pass a background check to obtain the components of a ghost gun. They are sold online as D.I.Y. kits, and typically shipped as ’80 percent receivers.’ That means the gun is 80 percent complete, and buyers have to assemble the final 20 percent themselves.”

The Times added, “The key selling point for many buyers is that ghost guns do not have serial numbers, the critical piece of information that law enforcement agencies use to trace the gun from the manufacturer to the gun dealer to the original buyer. Ghost guns are untraceable and because of how they are sold — as parts that need to be assembled — under current rules, the Bureau of Alcohol, Tobacco, Firearms and Explosives does not treat them as it would traditional firearms.”

2. Elmore Was Convicted on a Robbery Charge in December 2020 & Was Sentenced to Probation

Elmore was charged with aggravated robbery on December 9, 2020, according to Johnson County court records viewed by Heavy. Elmore pleaded guilty in February 2021 and was sentenced to six months of probation, according to court records. His probation was terminated on July 26, 2021, records show. The case was handled in juvenile court but records of proceedings are available publicly.

According to the Wichita Eagle, Elmore is accused of stealing a wallet from a person “by force or by threat of bodily harm, and did inflict bodily harm.”

Additional details about the incident were not immediately available and prosecutors and Elmore’s attorney in that case did not respond to requests for comment from Heavy.

Elmore was on the football and track teams at Olathe East High School, according to the school’s website. The school’s football team roster lists Elmore as a wide receiver and defensive back. He played on the team in 2021. Additional information about Elmore was not immediately available. His family has not commented about the shooting.

4. The Shooting Remains Under Investigation & Authorities Haven’t Released a Motive or Details About What They Say Led Up to the Shooting

Following today's events at Olathe East, please take a moment to watch this video message from Superintendent @YeagerBrent. Thank you to our Olathe community for your support, understanding and care for one another today. We truly are an Olathe family. pic.twitter.com/ngJsBrL0AD

Police and prosecutors have said the incident remains under investigation. Details about what led up to the shooting and a possible motive have not been released. Court records to not reveal any additional information about what police have uncovered so far in the probe into the shooting. Heavy will update this report as more is revealed. There are about 1,900 students at Olathe East High School. Olate is a city of about 140,000 in Johnson County, Kansas.

Olathe Public Schools Superintendent Brent Yeager posted a video message to the school district and community on social media on Friday, saying, “The past few hours have brought to reality a situation that we have prepared for but hoped we’d never have to face as Olathe community. As you know, today there was a shooting at Olathe East High School. While many of us are still in shock from today’s events, I want to take this opportunity to thank our Olathe Police Department, our Olathe Fire Department and Johnson County Med-Act for their quick response. I’d also like to thank all the other first responders across the state of Kansas who jumped in to help.”

Yeager added, “I want to thank our students and their families for their patience and their understanding. … Finally, I want to thank our incredible staff members at Olathe East for their strength, their bravery and their calming presence as they supported students and one another today. Please know that the safety, as well as the emotional wellbeing of our students, staff and families, is our top priority right now as we care for our community.” Yeager said counseling services would be available to staff and students.

He added, “In the Olathe Public Schools, along with our community, we are a family. And now more than ever we need to rally around one another and support each other during this difficult time. Regardless of the school your child attends, we are all one Olathe family. Together we will move forward as the strong Olathe community that I know we are. Hug your loved ones a little tighter tonight and know we are all here to support you as a community.” Students and staff returned to school on Monday, March 7, 2022.

5. Elmore Is Being Held on $1 Million Bail

Elmore remained hospitalized in critical condition on March 7, according to officials. He was scheduled to make his first court appearance from his hospital. Elmore is under police custody and will be held in jail on $1 million bond on an attempted capital murder charge when he is released from the hospital, according to court records. It was not immediately clear if Elmore has an attorney who could comment on his behalf.

It was not immediately clear if the shooting and what led up to it were captured on surveillance or body camera video. The statement added, “The Olathe Police Department would like to thank the Olathe School District for continued teamwork and assistance with successful student/parent reunification. We would like to also thank our local, state and federal law enforcement partners, Johnson County Med-Act, the Olathe Fire Department and the Overland Park Regional Medical Center.” 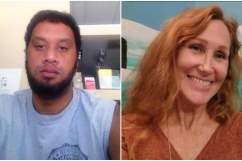