Joe Rogan has maintained for years that his politics fall across a wide spectrum and do not match one party or the other. On a recent podcast episode of The Joe Rogan Experience, Rogan began discussing his political views with former CIA officer Mike Baker.

“I don’t give a f*** if you’re a Republican or a Democrat. I share ideas from both sides,” Rogan told Baker. “I’m kind of a hybrid in a lot of ways. I’m a big supporter of the 2nd Amendment, I’m a big supporter of the military. But I’m very liberal, I’m socially very liberal. I don’t buy this idea that I have to be a part of one party or another party.”

Rogan has been described by CNN as libertarian-leaning and has talked about various political views over the years he has hosted The Joe Rogan Experience. Along with the socially liberal views he talked about, Rogan has also said he supports legalizing marijuana and other recreational drug use and universal basic income. Rogan has said he doesn’t fall into one side of the political spectrum and has said there is too much polarization in politics with every issue framed as left vs. right.

Rogan Said He Supports ‘Women’s Rights, Civil Rights, Trans Rights,’ but ‘Not at the Expense of Other People’

During his conversation with Baker, Rogan said, “I 100% support gay rights, I 100% support women’s rights, civil rights, trans rights, across the board. But not at the expense of other people.”

One day before his conversation with Baker, Rogan talked to futurist Jamie Metzl about political polarization in the U.S. Rogan told Metzl, a Democrat who worked for the Clinton administration and as a staffer for President Joe Biden in the Senate, “We’ve fallen into this very strange situation where we really have two sides of America. We have a left side and a right side. And I don’t understand how it happened this abruptly.”

Rogan said he thinks polarization is stronger than ever before. “We just have such a tendency to buy into narratives, I think now more than ever. There’s too much information out there to pay attention to everything, so we find the information that fits our narrative, we lock into it, we hold onto it and we just stick with it and argue against anything that opposes it,” Rogan said.

Metzl added, “It’s really unfortunate. … We live in these kind of information cul-de-sacs, where we are just stuck. It seems to me we should just say, ‘let’s try to be open-minded.’ That doesn’t mean we don’t have views, we all exist on some kind of spectrum, for everything, but if we’re just stuck there and we can’t even hear what other people are saying, we’re going to drive ourselves not just to ignorance, but to terrible decisions.” 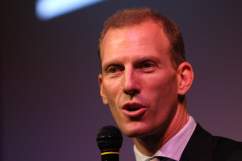 In recent years, Rogan has often ranted about what he sees as the dangers of “wokeness” and “cancel culture,” especially from the left and by social media companies. He has said the “woke” and “cancel” movements go against free speech.

Rogan has also drawn criticism from his own fans and some on the right for moving his podcast to Spotify, where they say he is being censored. During a February 2021 podcast episode, Rogan said Spotify has not restricted him and has allowed him to have on the guests he wants. But he did admit that his deal with the streaming giant included not bringing some controversial podcasts episodes over to the platform.

“They don’t give a f*** man,” Rogan told comedian Fahim Anwar during the February podcast episode. “They haven’t given me a hard time at all.”

Rogan added, “There’s a few episodes they didn’t want on their platform that I was like ‘OK, I don’t care.’ But other than that, terms of what I do in the future, the big test was having Alex Jones on. A lot of people were like ‘They’re telling Joe Rogan what he can do and what he can’t do’ and I was like, ‘they’re not. They’re not. And let’s show you.’ Alex Jones and Tim Dillon was like one of my favorite podcasts I’ve done.”

Rogan also said he faced backlash from some Spotify employees, who called him transphobic and a “shock jock” when he signed on with the company. They threatened to walk out, Rogan said. Rogan told Anwar, “There’s been a lot of weirdness. You know we were talking about how people get a sense of who a person is without actually communicating with them, without being there with them and you can define someone or have this like distorted perspective of who someone is without actually communicating with them.”

He added, “They thought I was transphobic or thought I was a bad person. … I don’t know what the actual conversation has been from Spotify talking to these employees, but if these employees are listening, I would tell you emphatically I am not in any way anti-trans. Not in any way. I am 100 percent for people to be able to do whatever they want as long as it doesn’t harm other people. If you choose to do anything, whatever you want, whatever your personal choice is, I am happy if you’re happy.”

Rogan said he is “100 percent open-minded” and is not “right wing.”

The latest UFC news straight to your inbox. Subscribe to the Heavy on UFC newsletter here:

"I’d rather vote for Trump than [Biden]. I don’t think he can handle anything. You’re relying entirely on his cabinet."
pic.twitter.com/mT25Xyqgih

Rogan supported multiple candidates during the 2020 presidential election. He first put his support behind former Hawaii congresswoman Tulsi Gabbard as she entered the Democratic primary.

As the primary moved on, Rogan then endorsed Vermont Senator Bernie Sanders. Rogan said in January 2020, “I think I’ll probably vote for Bernie. … He’s been insanely consistent his entire life. He’s basically been saying the same thing, been for the same thing his whole life. And that in and of itself is a very powerful structure to operate from.”

“I think I'll probably vote for Bernie… He’s been insanely consistent his entire life. He’s basically been saying the same thing, been for the same thing his whole life. And that in and of itself is a very powerful structure to operate from.” -Joe Rogan pic.twitter.com/fuQP0KwGGI

When President Joe Biden won the Democratic presidential nomination in the summer of 2020, Rogan said on his show that he would rather vote for former President Donald Trump than Biden. He expressed what he believed to be concerns about the 78-year-old Biden’s mental capacity. Rogan said during the April podcast episode, “I can’t vote for that guy. I’d rather vote for Trump than him. I don’t think he can handle anything. You’re relying entirely on his cabinet. If you want to talk about an individual leader who can communicate, he can’t do that. And we don’t know what the f*** he’ll be like after a year in office.”

Rogan also drew headlines during the election by offering to host a debate between Biden and Trump. Trump embraced the idea and his supporters and Rogan fans started a petition that gained 30,000 signatures calling for the debate, which never materialized.

Rogan said during the election day live stream, “I voted Jo Jorgensen. I knew she didn’t have a shot. Legalizing drugs. I knew California was going to Biden no matter what and I couldn’t. I was looking at the whole thing like ‘what is this?’”