Katelynn Berry is a missing Sidney, Montana, woman who is the subject of a law enforcement search near the North Dakota border.

According to Inforum.com, she is the daughter of Grand Forks County Assistant State’s Attorney Carmell Mattison.

Sidney is a town of just over 6,000 people near North Dakota. A woman wrote on the Facebook page Indian Country’s Missing that Berry “is a Turtle Mountain Chippewa.”

The missing person’s poster, shared by The Aware Foundation, says that Berry was reported missing on December 31, 2021, at about 6:40 a.m. to the Richland County Sheriff’s Office.

That office “received a report of a missing 26-year-old female by the name of Katelynn Berry. Berry was last seen on December 21, 2021, at her residence south of Sidney, MT near County Roads 122 and 349R. Attempts to contact Berry on her cell phone have been unsuccessful and she does not have a vehicle. Berry is known to walk to Town Pump, which is near her residence,” a Facebook post by the group says.

“Law enforcement found that according to cell phone records the last known location of her phone was at her residence on December 29, 2021.The phone was later found in her residence. Berry is known in the past to walk away from her residence, so there is concern for her well-being due to weather conditions. Anyone with knowledge of Berry’s whereabouts is asked to contact their local law enforcement office, the Richland County Sheriff’s Office at 406-433-2919, or the Sidney Police Department at 406-433-2210.”

The Sidney Police Department wrote in a similar statement on Facebook that, on December 31, 2021, at about 6:40 a.m., the Richland County Sheriff’s Office received a “report of a missing 26 year old female by the name of Katelynn Berry. Reporting party stated that she was last seen on December 21, 2021, at her residence south of Sidney near County Roads 122 and 349R. They have been unable to contact her on her cell phone and she does not have a vehicle. She is known to walk to TownPump that is close to her residence. After receiving the missing person report, law enforcement found that according to cell phone records the last known location of her phone was at her residence on December 29, 2021, in checking her residence the cell phone was found inside of it. Katelynn is a white female, slender build, 5’4”, 100 lbs, green eyes and natural brown hair. Her hair is currently shoulder length and dark brown. Katelynn is known in the past to walk away from her residence, so there is concern for her well being due to weather conditions.”

2. Loved Ones Say Berry Doesn’t Have Her Coat & Say Foul Play Hasn’t Been Ruled Out 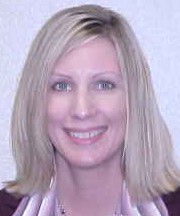 Jodi Berry wrote on Facebook,” Please contact either the sheriffs office or us if you have any information. She doesn’t have her phone or her coat and hasn’t gotten any money in two weeks. Please keep your eyes open and let us know  If you see or hear anything.”

Berry’s mother, Mattison, told Inforum.com that Berry may have “walked a couple blocks to the nearby truck stop in Sidney” as she has done before. She said that, while there is no evidence of foul play, the family has not ruled it out.

That news site reported that, according to Berry’s family, “nothing was missing from Berry’s home. They found her jacket, cell phone, wallet and other personal belongings.”

Mattison has worked as an assistant state’s attorney for 18 years, according to her LinkedIn page.

3. The Sheriff Says Authorities Are Considering the Case Both a Search & a Criminal Investigation

Richland County Sheriff John Dynneson said in a radio interview with Williston Trending Topics News Radio Live that authorities had nothing new to report. He said there was a “significant amount” of information about the case on social media, and the state’s Department of Justice is involved.

Between midnight and 8:30 a.m. is when Berry might have gone missing. She had contact with individuals on December 23 and 24. There was a text message sent out from her phone, the sheriff said. He said he wasn’t sure if it was by her or someone else.

The text went out sometime after midnight on December 30, 2021, and then the activity ended, the show revealed.

The sheriff revealed there have been searched by helicopter and foot, and authorities are considering it both a criminal investigation and just a search for a missing person because if it becomes criminal, they don’t want to have missed anything.

The sheriff acknowledged it’s possibly Berry just walked away, but he said that Berry would probably have reached out to her parents so they wouldn’t be going through so much turmoil, saying she is from a “loving and caring family.”

He noted that she is on medication that she needs to take and doesn’t have a car.

4. Berry’s Mother Praised the Search Efforts But Confirmed That Brutally Cold Weather Are Hindering Them

Loved ones said in a radio interview with Williston Trending Topics News Radio Live that they loved Berry very much and are seeking tips.

Her mother said that law enforcement was doing everything they could. She praised the Richland County Sheriff’s Department and said they were searching for her daughter in brutally cold weather.

Right now, authorities are not seeking civilian help. She asked people to keep their eyes open.

Mattison confirmed that the cold weather was hindering search efforts. She confirmed that Berry liked to walk a lot. If she left her house, they’re hoping something didn’t happen to her on a walk.

Berry has ties to Grand Forks, her mother said. She grew up there and attended school there through her high school years.

Family members said authorities pinged her cell phone and found it in her apartment with her wallet and money. All of her personal belongings, including her coat, were there, but Berry was missing.

They searched the apartment, the field behind it, and so on, with no luck.

5. People Have Come Together to Find Berry

“Let’s go Sidney let’s find this young lady Katelynn Berry. It’s time for us to really start keeping our eyes open about what’s going on around here I encourage everybody in our beautiful little town to get out and look around let’s see if we can bring her back home to her family,” a man wrote.

On Facebook, Berry sometimes wrote about politics. “Again, tell me how safe mail in voting is. Then go on to spread fear in me that because the corona virus is going on, I better just stay home and mail in my vote,” said one recent post.

Loading more stories
wpDiscuz
0
0
Would love your thoughts, please comment.x
()
x
| Reply
Katelynn Berry is a missing Sidney, Montana, woman who is the subject of a law enforcement search near the North Dakota border.