A massive New York City apartment fire in the Bronx has killed at least 17 people, among them nine children. You can see videos and photos of the fire throughout this article.

“This is going to be one of the worst fires that we have witnessed in modern times here in the City of New York,” New York Mayor Eric Adams said in a news conference on January 9, 2022. He said in a second news conference that the cause appears to be a space heater.

New videos shows smoke pouring out of an apartment building in New York City from a massive fire that killed at least 19 people. including nine children, according to officials. https://t.co/JPO13Cafbv pic.twitter.com/mlsK9BCE98

The mayor praised firefighters, saying they pushed through the smoke even when their oxygen tanks were injured.

In that news conference, the mayor said that 32 victims have life-threatening injuries; the death toll was 19, with nine children among them, the mayor said in the second press conference. He said there was a large Muslim population in the apartment building, with many from The Gambia. But officials said a day later they believe 17 were killed, including eight children.

It was the worst fire in New York since the high-profile Happy Land blaze more than 30 years ago. That fire, in 1990, according to Fire Rescue 1, killed 87 people at a Bronx social club. In 1976, 25 people died in an arson fire at the El Hoyo social club in the Bronx, that site reported.

The 2022 blaze broke out in the apartment building at 333 East 181st Street in the Tremont section of the Bronx, according to ABC New York.

The Number of Victims Is ‘Horrific,’ the Mayor Says

“This is a horrific, horrific, painful moment for the City of New York,” the mayor said in the news conference. “The impact of this fire is going to really bring a level of just pain and despair in our city. The numbers are horrific.”

Adams said it was a “painful” moment. Adams praised first responders who responded to the fire. “You’re hearing that pain from people who are here,” Adams said.

Update: #Bronx Fire
31 people were seriously injured in an #NewYorkCity 5-alarm apartment fire.
🔸There are reports that people were seen jumping from the building to escape the blaze.
🔸#FDNY expects multiple fatalitiespic.twitter.com/9kRaVPfAr9

The commissioner of the New York City Fire Department, Dan Nigro, said in the news conference that units arrived within three minutes of the call that a fire had broken out in a duplex apartment. They encountered very heavy smoke and fire. “Units pushed in,” Nigro said. 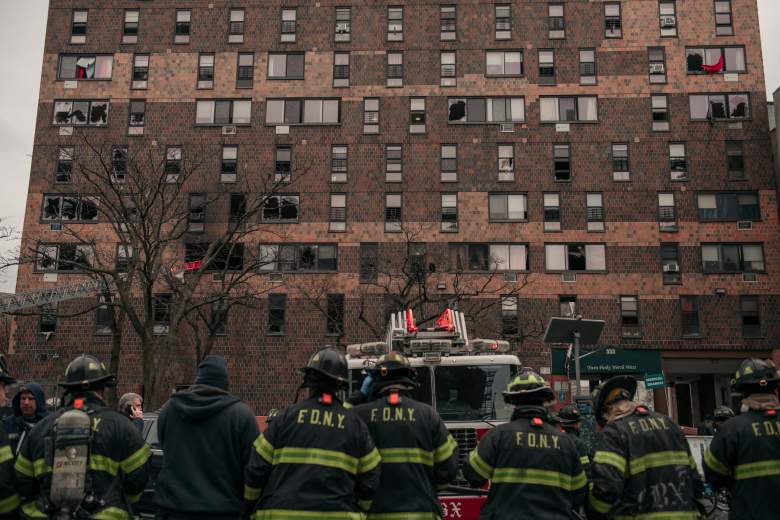 GettyEmergency first responders remain at the scene after an intense fire at a 19-story residential building that erupted in the morning on January 9, 2022 in the Bronx borough of New York City. 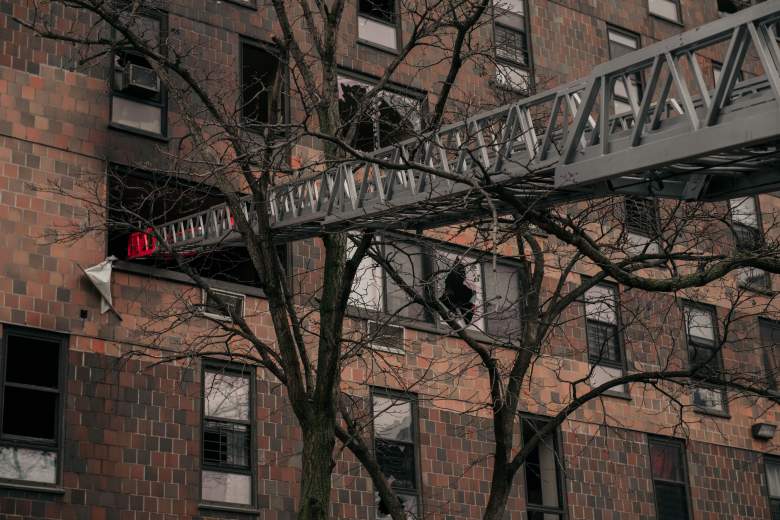 GettyNEW YORK, NY – JANUARY 09: Broken windows and charred bricks mark the exterior of a 19-story residential building after a fire erupted in the morning on January 9, 2022 in the Bronx borough of New York City. Reports indicate over 50 people were injured. (Photo by Scott Heins/Getty Images)

Firefighters Found Victims on Every Floor

Approximately 200 FDNY members are operating on scene of a 5-alarm fire at 333 East 181 Street in the Bronx. There are currently 31 serious injuries to civilians. pic.twitter.com/yrTYwOfonH

The smoke extended the entire height of the building. Firefighters found victims on every floor, including on stairways. He said 32 people were transported to hospitals with life-threatening injuries. “That is unprecedented in our city.” He confirmed, “There were children involved.” He said some of the injuries involved severe smoke inhalation.

“The fire consumed two floors,” he said. According to the fire commissioner, an open door in the apartment where the fire started exacerbated the smoke.

The Fire Department wrote on Twitter, “Approximately 200 FDNY members are operating on scene of a 5-alarm fire at 333 East 181 Street in the Bronx. There are currently 31 serious injuries to civilians.”

Loading more stories
wpDiscuz
0
0
Would love your thoughts, please comment.x
()
x
| Reply
A massive New York apartment fire in the Bronx has a death toll of at least 17 victims. See videos and photos.