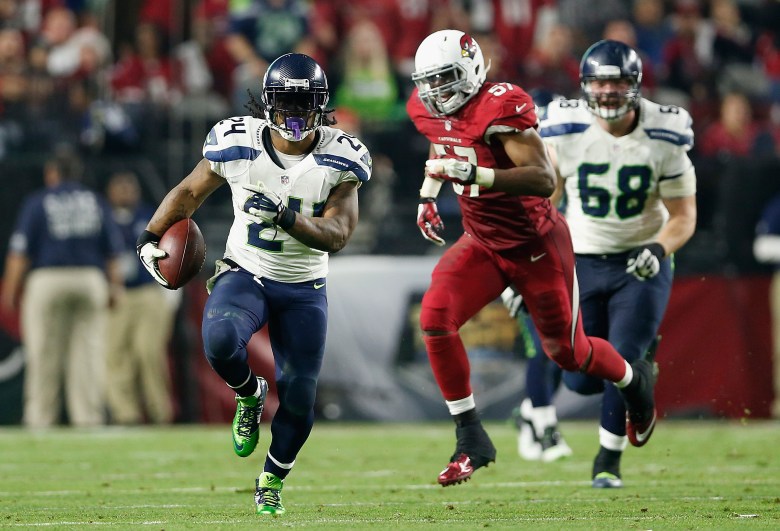 It’s not often you see a team which just reached the .500 mark a game away from their conference championship.

Well, allow me to introduce the Carolina Panthers. The Panthers defeated Arizona 27-16 in last weekend’s wild-card game to get to 8-8-1, setting up Saturday’s NFC Divisional playoff contest at Seattle.

Carolina was 3-7-1 at its Week 12 bye. But considering the ugly state of the other teams in the NFC South, the division title was still up for grabs. Coming off the bye, the Panthers lost again. 3-8-1. Not looking good. But something happened – mostly defense – and the Panthers surged to the finish line, taking the final 5, including the winner-take-all season-finale at Atlanta which got them the NFC South crown.

If possible, the Seahawks are hotter. They’ve won 6 in a row with suffocating defense and an efficient offense. Their point differential of +140 is tops in the NFC, as is their 10-2 mark against conference opponents. 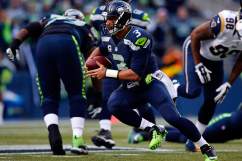 It’s all about defense with the Panthers right now. In this winning streak, they’ve allowed just 11.8 points per game, including 10 to New Orleans and 3 to Atlanta in absolute beatdowns. Carolina has forced 12 turnovers during the run. Luke Kuechly is the man in the middle for the Panthers and he tackles everything, leading the NFL with 153 total stops (99 solo). He added 3 sacks and 13 passes defensed.

Quarterback Cam Newton shrugged off a slow start and a late-season car accident to finish on a high note. His 23 total touchdowns (18 passing, 5 rushing) are a career-low, but 10 of them came in his last 4 games.

Headed by Jonathan Stewart, Carolina has used a committee of running backs and rediscovered the rushing attack since the bye week. The Panthers have averaged 193.8 yards per game over the past 6 (5-1 record). Newton relied heavily on tight end Greg Olsen (84 receptions, 6 touchdowns) and rookie receiver Kelvin Benjamin (73 catches, 9 TDs) as both finished with 1,008 yards.

Kicker Graham Gano made 29 of 35 field goals, including 20-for-20 under 40 yards. The Panthers were anything but good in kick coverage, allowing 32.4 yards per kickoff return (2nd worst in the NFL) and 15.5 on punts (worst). To Gano’s credit, his 61 touchbacks were 3rd-most in the league.

You want to talk about defense? Seattle knows a thing or 50 about it. The Seahawks have allowed just 3 touchdowns and 6.5 points per contest in their 6-game win streak. SIX POINT FIVE. Per game. In the NFL. To say Richard Sherman (team-leading 4 INTs) and Co. have their mojo back is probably the understatement of this new, young year. Michael Bennett leads with 7 sacks and K.J. Wright totaled 107 tackles (73 solo).

Seattle leads the NFL in pass defense and is 3rd against the run. So basically, the Panthers have their work cut out for them.

QB Russell Wilson threw (3,475 yards, 20 TDs) and rushed (849 yards, 6 TDs) for career-high yardage and tossed only 7 interceptions, a 3-year low. Marshawn Lynch takes a pounding (and gives out more than a few), but hasn’t shown signs of slowing, running for 1,306 yards and 13 scores. Receiver Doug Baldwin has been Wilson’s most-reliable target, but Paul Richardson has stepped up his game in the last month.

Steven Hauschka‘s accuracy dipped a bit, but he still kicked 31 field goals. Seattle return game is below average, while its punt coverage was one of the league’s worst.

Hats off to Ron Rivera, last year’s AP coach of the year, who rallied his team to win the blah-at-best NFC South. The Panthers, especially on defense, are clicking at the right time.

But the same can be said for Pete Carroll‘s Seahawks. They are stifling teams right now. I mean, 3 touchdowns in 6 games? Come on, that’s ridiculous.

If Carolina was playing any other NFC team, I’d give them serious consideration. But the Panthers get the Seahawks, the one squad nobody wants to face.

Seattle is 24-2 at home since the 2012 season. The ‘Hawks will get to the quarter-century mark at CenturyLink on Saturday evening. 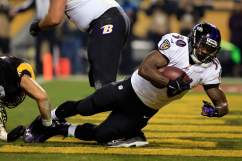