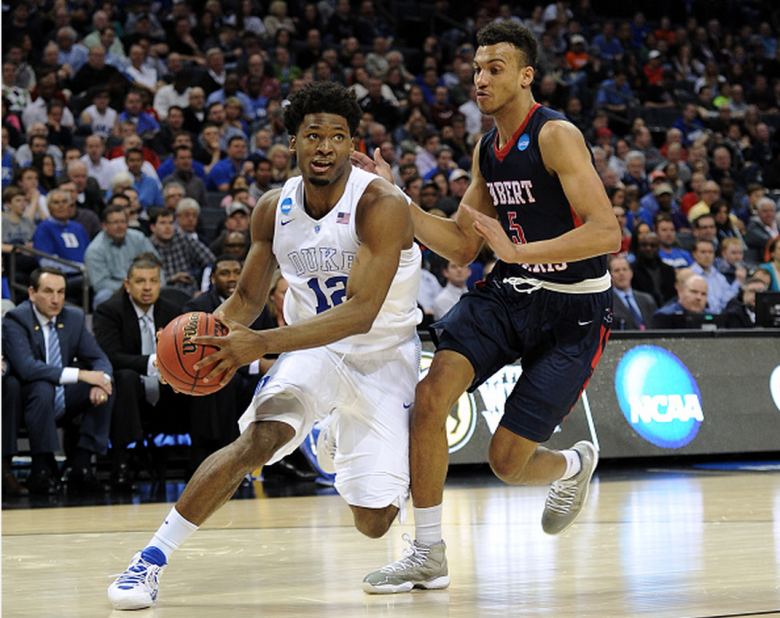 Duke’s Justise Winslow drives against robert Morris’ Elijah Minnie during the second round of the 2015 NCAA Men’s Basketball Tournament. (Getty)

A year removed from a stunning early tournament dismissal, Duke has had another successful season. Although the Blue Devils didn’t win the ACC Tournament Championship, they still received a selection committee bid as the No. 1 seed in the South region bracket. Under the direction of Mike Krzyzewski, who is the most winningest coach in NCAA history, Duke knocked off No. 16 Robert Morris in the round of 64. And the Blue Devils added another week to their season after defeating No. 8 San Diego State, 68-49. With the win, Duke advances to the Sweet 16 where it’ll meet No. 5 Utah.

Read More
ACC, Basketball, College Basketball, March Madness 2015, Mike Krzyzewski
After four days of madness, college hoops is moving on to the Sweet 16. Get to know the South region matchup between No. 1 Duke and No. 5 Utah.