Coach Mike Krzyzewski reached a milestone on January 25. The 68-year-old head coach of the Duke hoops team became the first men’s basketball coach in NCAA history to reach win No. 1,000.

And while he became Coach 1K and Kounting, he reached another first in his career, but this one has less luster. Shortly after reaching his 1,000th career win, Coach K kicked Rasheed Sulaimon off the team.

At first it wasn’t confirmed exactly what “standards” Sulaimon was “unable to consistently live up to,” according to Coach K’s public statement shortly following the dismissal, but today there’s been some headway on what might have been some of the underlying issues.

The Chronicle, Duke’s student newspaper, reported on March 2 that members of the athletic department were aware of the sexual assault allegations as early as March 2014.

While conversations and reporting continues to loom around the details of these allegations, here’s what you need to know about the former Duke guard:

1. Rasheed Sulaimon Is the First Player to Be Dismissed by Coach K 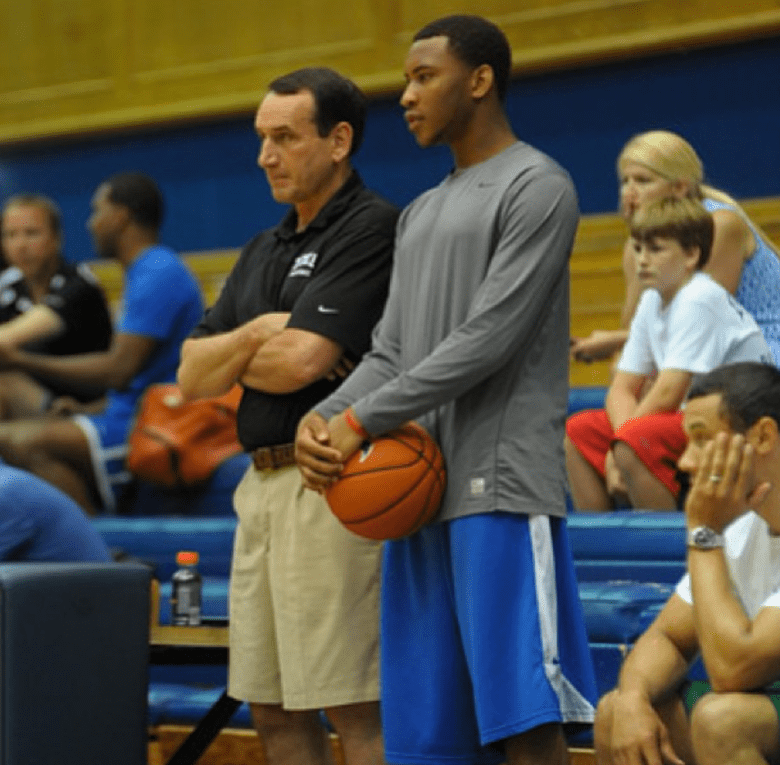 The 20-year-old junior guard received the unwanted recognition of being the first player Coach K has ever kicked off his team in his 35 seasons at the helm of the Blue Devils.

And the Sulaimon dismissal on January 29 has raised eyebrows in wonder of why Coach K released the Houston, Texas native from the team.

Although specific details of what actions merited this dismissal have yet to be released since him removal on January 29, according to the school, Sulaimon was in good academic standing.

But his grades didn’t seem to be the issue, which was hinted by Coach K in his public statement.

Rasheed has been unable to consistently live up to the standards required to be a member of our program. It is a privilege to represent Duke University and with that privilege comes the responsibility to conduct oneself in a certain manner. After Rasheed repeatedly struggled to meet the necessary obligations, it became apparent that it was time to dismiss him from the program.

2. His Removal Isn’t Rasheed Sulaimon’s First Time Being Disciplined for His Actions During Season

Duke guard Rasheed Sulaimon (14) shoots one of his first-half three-pointers against Pittsburgh on Monday, Jan. 19, 2015, at Cameron Indoor Stadium in Durham, N.C. (Getty)

While the announcement to permanently remove Sulaimon came as a shock to many in the sports world, this was not his first offense that received disciplinary actions.

ESPN reported that the Blue Devils coaching staff talked to Sulaimon about his body language – specifically pouting and not celebrating his teammates while he was on the bench.

The article went on to say that a source close to the program said:

It was an accumulation of a whole lot of residue. It had built up over time. His talent does not outweigh his issues.

Not only was Sulaimon talked to by the coaching staff, but following last year’s game against Michigan – which he sat the entire game – Duke senior guard Tyler Thornton told The News & Observer his thoughts on his teammate.

As a man, he has to step up and accept what he needs to do. We need him. That’s all I can really say about that. He knows what he needs to do. I don’t really want to speak on that. He have a week and a half until our next game. We have a lot of practice time. Hopefully we can get what we need out of him in that span.

And being benched not only looked bad for Sulaimon, but also showed Coach K his roster could withstand regardless of whether he was playing or not.

3. Heading Into College, Sulaimon Was a 5-star Prospect Across Every Major Recruiting Site 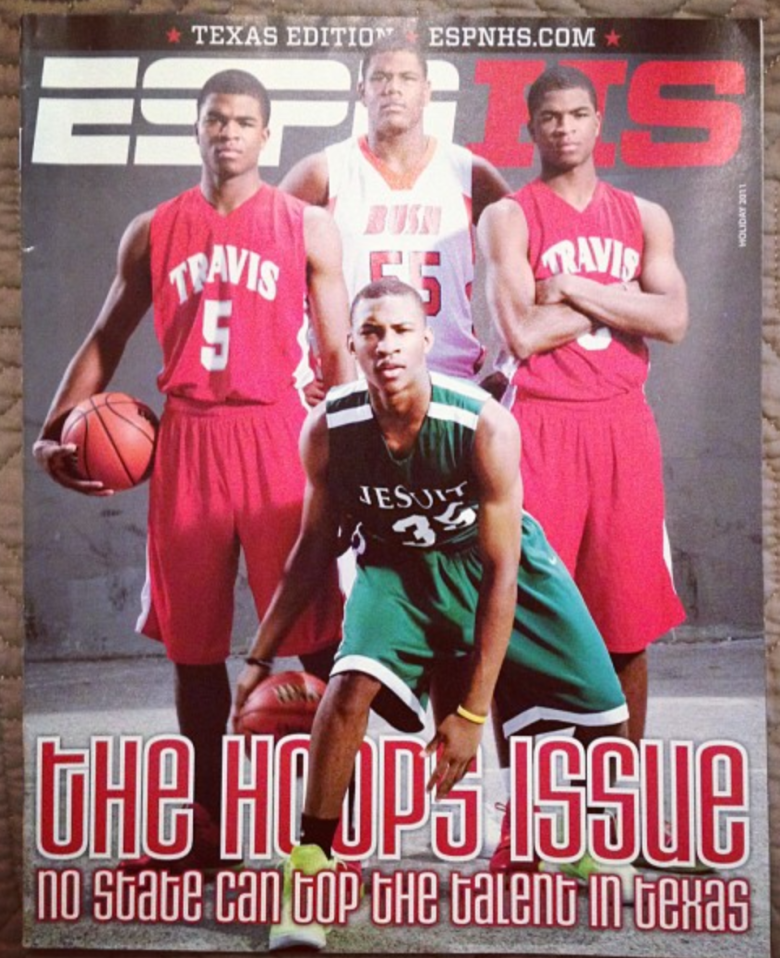 Scout.com, Rivals, ESPN and 247Sports all marked Sulaimon as a 5-star recruit for college prospects.

Following his senior year Sulaimon was ranked 18 on the national recruit scale and sixth for his position in the overall class of 2012, according to Rivals. He was also awarded the 2011 All American Championship, 2011 Nike Global Challenge and 2011 ESPN Boost Mobile Elite 24.

4. Sulaimon Was Selected as a Member of the ACC All-Freshman Team

Sulaimon had a strong first year on the Blue Devils team. He started 33 of the 36 games he played in, one of those was the season opener, which made him just the ninth freshman guard under Coach K to do so.

Throughout his freshman season Sulaimon averaged 11.6 points, 3.4 rebounds and 1.9 assists per contest, and shot 37.1 percent from behind the arc – knocking down 49 three-pointers, which was the seventh most by a Duke freshman.

He was ACC Rookie of the Week twice, ranked seventh in the conference for free throw percentage – 80.2 percent – and at the conclusion of the year was named to the ACC All-Freshman Team and the ACC All-Academic Team.

But his sophomore year he saw his floor time and stats dwindle. He started just 17 of 34 contests he played in. He averaged 9.9 points, 2.4 rebounds, 2.4 assists per game and shot 41 percent from 3-point range.

And despite the decreased playtime, Sulaimon was selected as ACC Player of the Week once during the season.

With the success of his start at Duke, it’s easy to see why his release was a shock – something highlighted by Jeff Eisenberg’s tweet:

If you'd have told me how Rasheed Sulaimon's Duke career would turn out after his strong freshman season, I'd have laughed at you.

5. Sulaimon Was a Standout Athletically, Academically and Globally 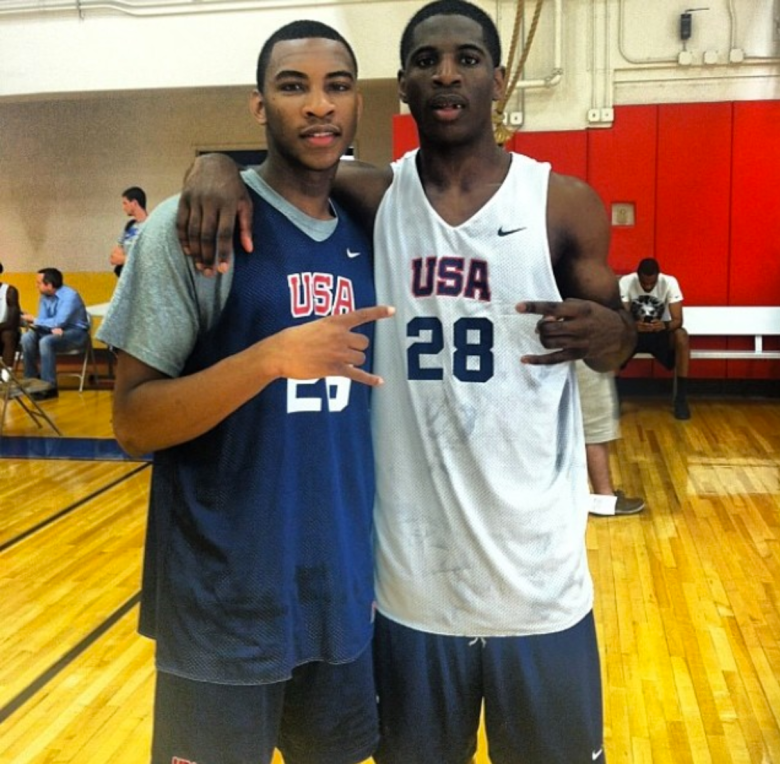 As mentioned, Sulaimon was considered a 5-star recruit by four major scouting sites. But his accolades stretched beyond the hardwood at Strake Jesuit College Prep – they also translated into the classroom.

Sulaimon held a 3.56 GPA, was a member of the National Honor Society and received the Scholar-Athlete of the Year award as a senior.

He spent two years as a Challenge Basketball Program volunteer. And he also played AAU for Houston Hoops – the same organization his younger brother David wears the No. 20 jersey for.

My lol bro and the @HoustonHoops17U repping on tv!! pic.twitter.com/tMuKjcw1v4

In 2012, Sulaimon was named as a McDonald’s All-American and Jordan Brand Classic All-American.

And in 2012 and 2013 he played on USA Basketball – FIBA – teams. In Sulaimon’s 2013 season, he started eight of the nine contests on the FIBA 19 and under World National Gold Champion team.

But while his resume was impressive to the point NBA draft prospect is being associated with his name, Sulaimon will no longer be pulling on a No. 14 Duke jersey. 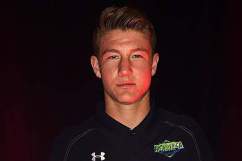