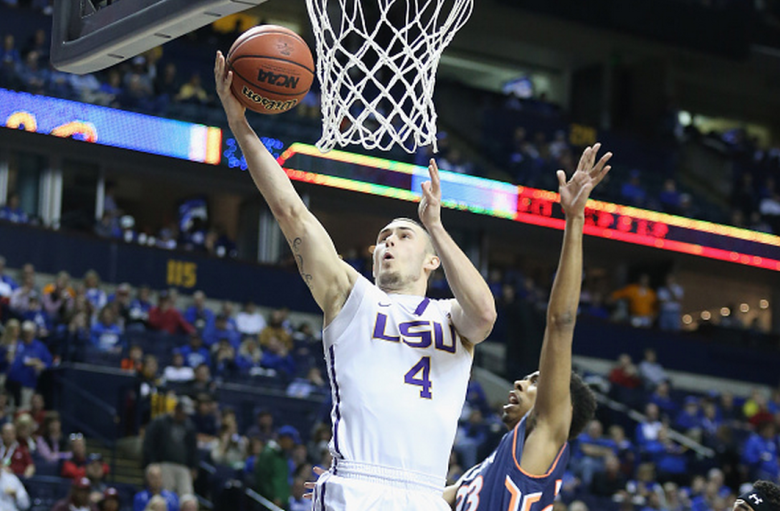 Keith Hornsby #4 of the LSU Tigers shoots the ball against the Auburn Tigers during the quaterfinals of the SEC Basketball Tournament at Bridgestone Arena on March 13, 2015 in Nashville, Tennessee. (Getty)

The round of 64 in the March Madness 2015 Tournament kicks off Thursday, March 19 in various arenas across the nation. It’s 32 games in 48 hours and when it’s all said and done the field of 64 will be cut in half. The nightcap game for the East bracket is No. 8 NC State and No. 9 LSU.

NC State might’ve had an early dismissal in last year’s tournament with an overtime loss to Saint Louis in the round of 64, but that didn’t stop the Wolfpack coming out with vengeance this season and show strength both overall and in the ACC. NC State finished 20-13 overall, 10-8 in the ACC and earned a bid to the dance as a committee-selected team.

To open up their NCAA Tournament play the Wolfpack will face LSU.

The Tigers finished third in the SEC in the regular season with an overall 22-10 record, 11-7 in the conference and were ranked 12th in the nation for rebounds per game – 39.2. LSU was knocked out in its first round of SEC Tournament play by Auburn in overtime, 73-70.

The game starts at 9:20 p.m. Eastern and will be covered by TBS. The announcers for the game will be Brian Anderson, Steve Smith and Lewis Johnson.

The winner between NC State and LSU will move on to face the winner of the No. 1 Villanova vs. No. 16 Lafayette game. That game will take place on Saturday, March 21.

But before that happens, here’s how to watch NC State vs. LSU online and on mobile: 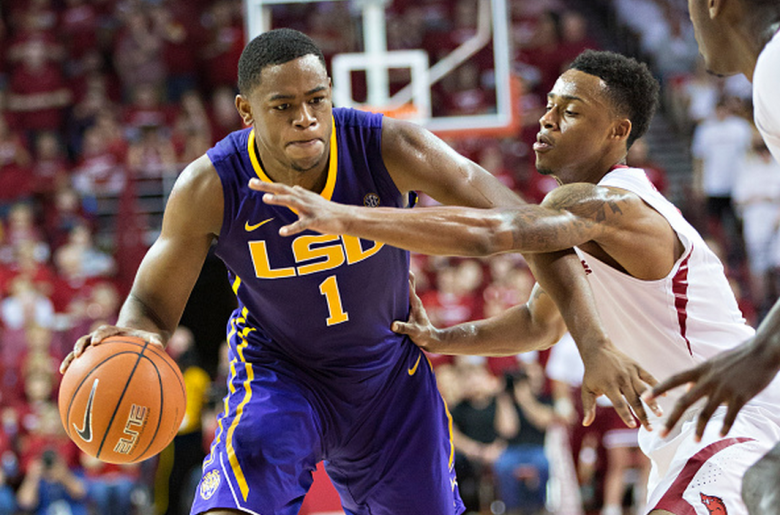 Jarell Martin #1 of the LSU Tigers looks to drive to the basket against Anthlon Bell #5 of the Arkansas Razorbacks at Bud Walton Arena on March 7, 2015 in Fayetteville, Arkansas. The Tigers defeated the Razorbacks 81-78. (Getty) 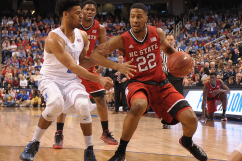 Read More
Basketball, Breaking News, College Basketball, March Madness 2015, TV
The round of 64 in the NCAA Tournament kicks off Thursday, March 19. Find out how to watch East matchup No. 8 NC State vs. No. 9 LSU online and mobile here.