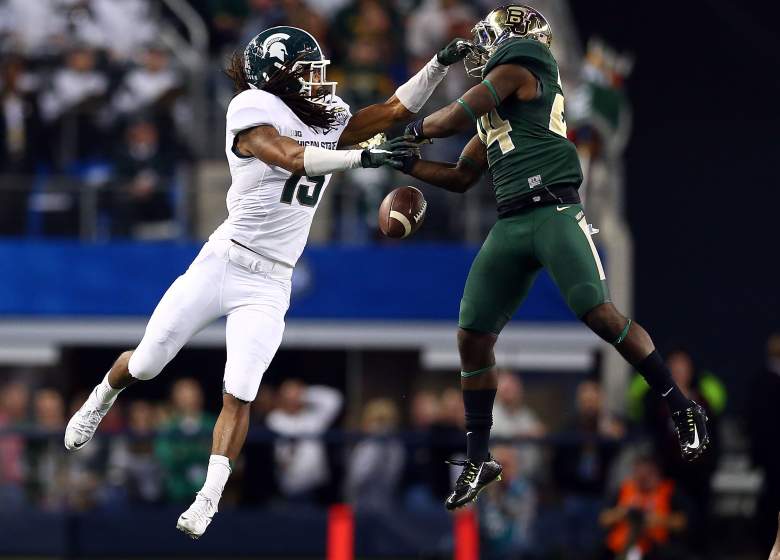 One of those players is Michigan State cornerback Trae Waynes.

The 6-foot-1 Waynes is projected to go in the First Round on Thursday night. Here else is what you need to know about him: 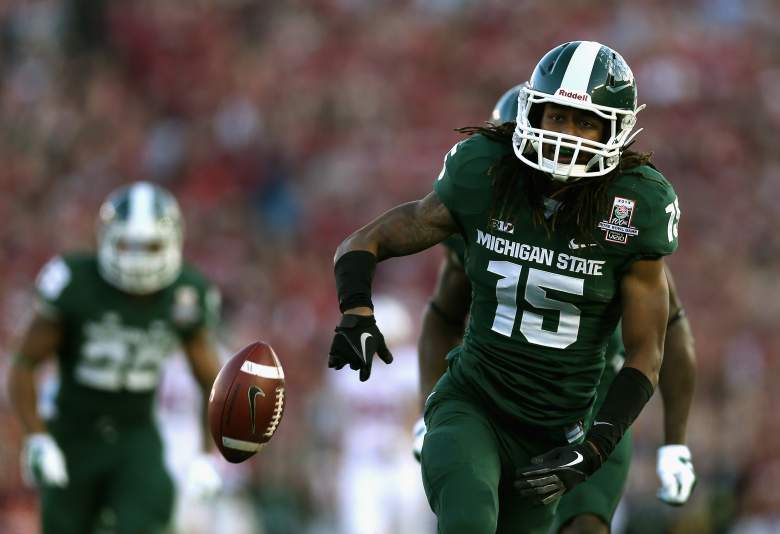 He was ranked among the country’s top safeties by Scouts, Inc. (No. 94) and top senior safeties by Rivals.com (No. 14). He also played for the Red Devils’ baseball team where he earned all-County honors in 2010.

2. The CB Is a Product of an Excellent Environment in East Lansing 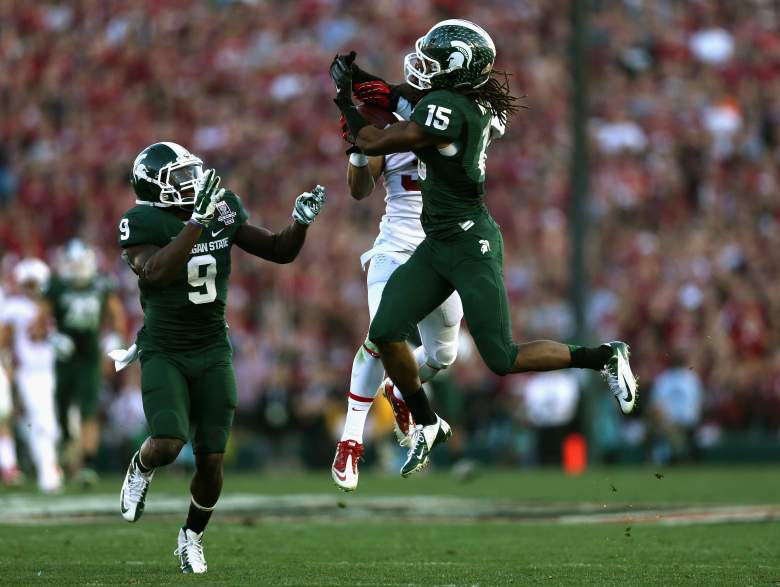 Waynes had a terrific three-year career in East Lansing, two of which he started. His career stats include: 101 tackles, six interceptions and 13 pass break-ups in 36 career games, including 27 consecutive starts. In 2014, Waynes had his best season as a Spartan being named:

– 2014 Second-Team All-American by Walter Camp and The Sporting News
– 2014 First-Team All-Big 10 by Coaches, Media, ESPN.com
– 2014 Thorpe Award Semifinalist (Awarded to the best defensive back in the nation)

3. Scouts Are Doing Their Due Diligence When it Comes to Evaluating this Year’s CBs 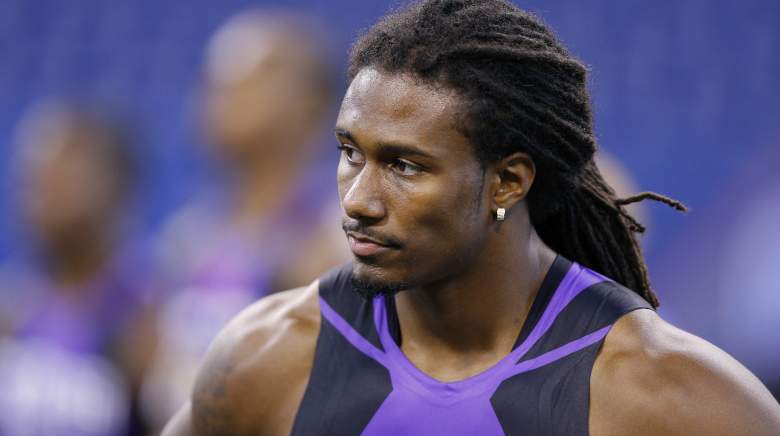 NFL scouts are being more investigative when it comes to the character of this year’s top cornerbacks in the draft. Washington’s Marcus Peters was suspended for six games and has character concerns, which may drop him out of the 1st Round altogether.

Waynes is regarded as a high character player, and although he’s been interviewed by scouts all the same, there is nothing to suggest that he has baggage that will cause him to drop on Thursday night. 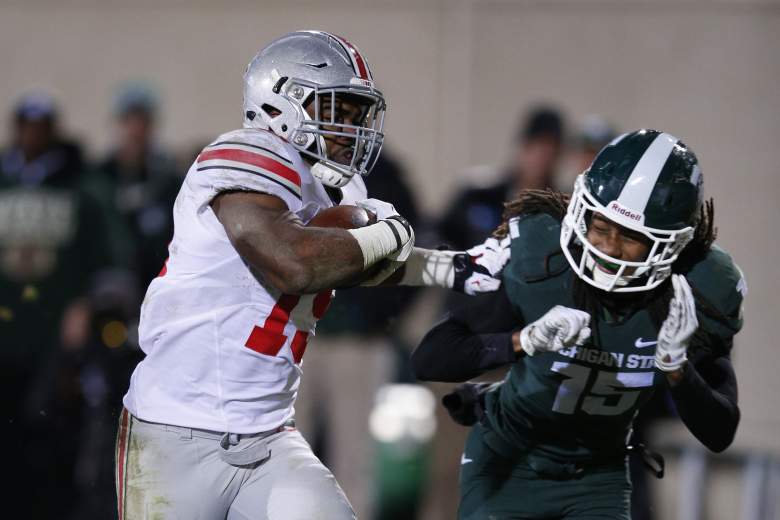 Ron Waynes is a former California Polytechnic Institute long jumper who ran sprint relays. Trae undoubtedly gets his speed and great athleticism from his dad.

Waynes (the younger) ran a 4.31 40-yard dash at the NFL Combine this past April, getting the attention of scouts …and his dad. When Trae asked his dad who would win in a race, Ron acknowledged that he believed his son could beat him — that also might be him telling a little white lie. 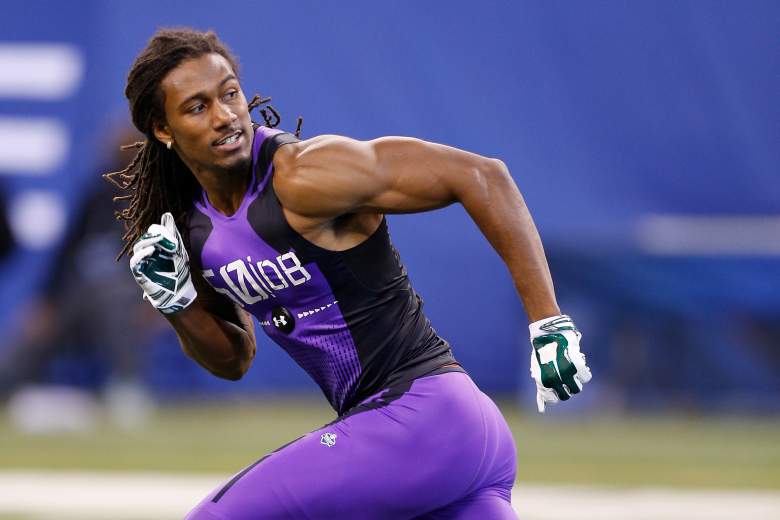 Waynes has the size, speed, strength, athleticism and ball-skills to be a potentially elite cornerback in the NFL. Coming from Dantonio’s system, he can also excel playing in a strict man-to-man scheme where he is asked to shadow a team’s top receiver — think Revis Island or Patrick Peterson — or in a more fluid, looser defensive system where he can play zone, blitz, make plays in space while still matching up with a team’s best wide receiver — think Charles Woodson.

NFL.com profiles him as a bump-and-run cornerback who will make plays like Jets cornerback Antonio Cromartie. In a solid, yet unspectacular year for cornerbacks, Waynes is the best one and he’d be a top 10-15 pick in any other year, too.