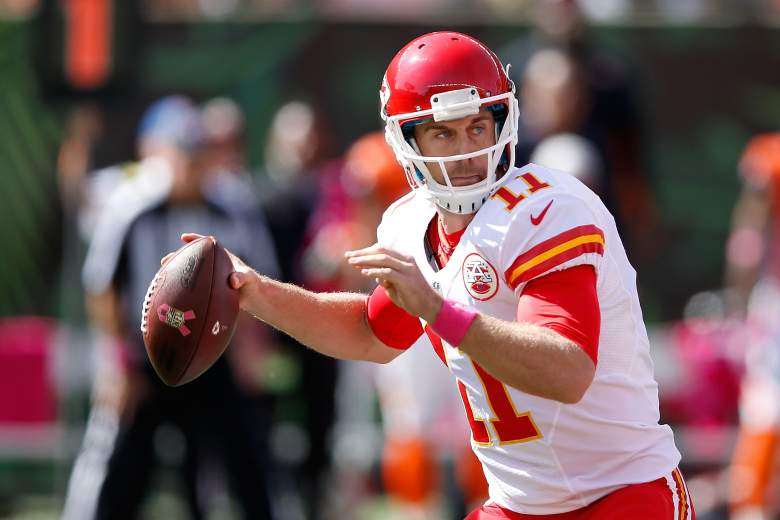 Chiefs QB Alex Smith has a favorable matchup vs. the Bears in Week 5. (Getty)

When deciding what quarterbacks to start or sit in any given fantasy week, you obviously need to look at the opponent.

And through four weeks of the season already done, we’re starting to see some trends.

Below you’ll find the best and worst in the NFL when it comes to opponent completion percentage, something you should be looking at every week when making your roster decisions.

The easiest to complete passes on:

And now for the toughest to pass on:

Click here to see the opponent completion percentage for each defense.

But before we get to them, bookmark our fantasy football rankings 2015 page to keep up-to-date on the latest projections and rankings for each NFL week throughout the season. All of my Week 5 rankings are up.

Mariota is not playing like a rookie. And I’m shocked because he doesn’t have much of a running game, nor does he have a completely reliable stable of receivers outside of Kendall Wright and Delanie Walker. He’s just playing smart and getting the job done, much like every quarterback who faces the Bills. Buffalo has allowed the 4th-most passing yards in the league and 2nd-most touchdown passes. I understand Rex Ryan traditionally eats rookie QBs for breakfast, but Mariota should certainly put up solid numbers.

Don’t look now, but the Browns actually have a passing game. Since returning to the starting lineup 2 games, McCown has 4 TD passes and is averaging nearly 350 yards. That is not a typo. And the Ravens’s secondary is average-at-best, allowing Andy Dalton (383 yards, 3 TDs) and Derek Carr (351, 3) to absolutely torch them. If you’re in a pinch at the QB spot, you could do worse than McCown. Probably not a whole lot, but you could.

Smith has just a single touchdown toss since throwing 3 in Week 1, but he’s getting the chances as he’s attempting nearly 36 passes per game. The Bears just might help Smith get a couple of 6-pointers Sunday as they’ve allowed 10 TD passes on the season. The only team that has allowed more? The Chiefs with 11. That’s why if you keep reading you’ll also see Jay Cutler’s name as a recommended start. 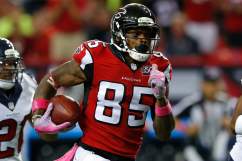 I like Carr. A lot. Just not this week. The Broncos lead the NFL in fewest touchdown passes allowed (2), most sacks by (18) and are tied for third with 6 interceptions. Carr has built quite a rapport with Amari Cooper and Michael Crabtree in such a short time, but this is a very risky spot for the second-year QB.

With Steve Smith out for at least a game (back), Flacco heads into the Browns matchup with probably the most unproven receiving corps in the NFL. Kamar Aiken? Marlon Brown? Darren Waller? Wolfgang von Schweinsteiger? OK, made the last one up, but you get the point. Cupboard is rather empty at the moment. The Ravens are going to have zero problem running on the Browns, so expect Justin Forsett to the major beneficiary.

Stafford has thrown just 1 touchdown over the past 2 games and now faces a Cardinals unit which has allowed just 5. Albeit, 3 came last week vs. Nick Foles and the Rams, but that was more of an aberration. Bottom line is the Detroit offense is out of sync right now, even with Calvin Johnson and Golden Tate. And now Stafford will be without emerging TE Eric Ebron (knee).