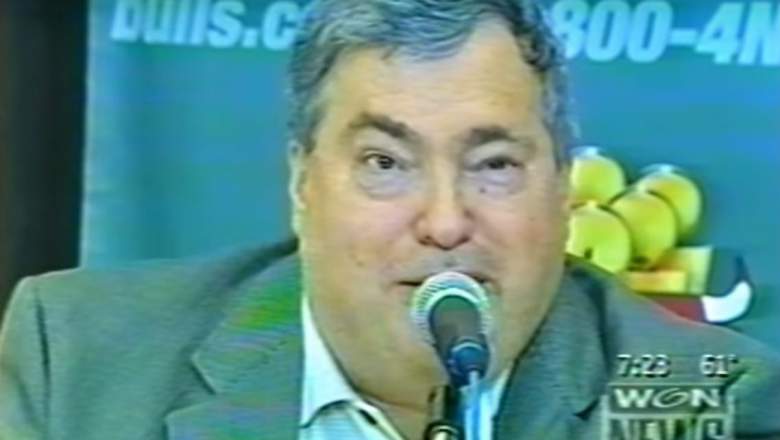 Legendary Chicago Bulls general manager Jerry Krause died on March 21 at age 77. He is survived by his wife Thelma, and his two stepchildren, Stacy and David. Krause was best known as the executive behind the six NBA Finals Championships the Bulls won between 1991 and 1998 with Michael Jordan leading the way on the court.

Here’s what you need to know about Krause’s wife and family.

1. Thelma Said She Couldn’t Read Newspapers When Her Husband Was the Target of Critics

In a 1996 Chicago Tribune profile of her husband, Thelma said she stopped reading newspapers at the time because her husband was the target of critics for several moves he made at the time, including trading for Dennis Rodman.

“I came to understand that in the media, everyone has their own agenda,” Thelma told the Tribune. “They aren’t looking for Jerry to be their friend but for what he can do for them. I guess I have understood that, but frankly, I don’t read the newspapers anymore.”

“I went nuts when I read that,” Thelma she recalled when asked about reports that there was acrimony between Krause and Michael Jordan. “I really lost it. Nothing again will ever allow me to feel that way. In a sense, it has toughened my skin, and I am at peace with it.”

At the time of that interview, Thelma was a volunteer at health clinics and for a health services group called LINKS. 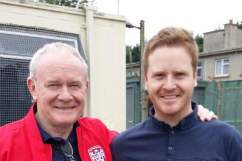 In a 1990 Chicago Reader profile, Krause said he not only wanted to win an NBA Finals title for the city he grew up in, but also for his wife.

Krause also told the magazine at the time that he would watch games with Thelma in the seats, sitting next to him. He would get so into a game that he’d refuse to speak. “My wife says I’m silent like a sphinx. But to me it ain’t like going to the theater. This ain’t play; it’s my life,” he said. 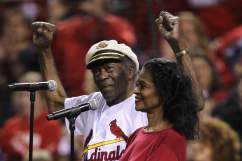 Thelma was by Krause’s side in recent years as he dealt with a series of health issues. “Thel has been through this with me,” Krause told the Chicago Tribune in 2016. “It has been tough.”

Krause dreamed of being a scout until the day he died, but he had to retire in 2016. He was diagnosed with osteomyelitis, a bone infection, and doctors were unable to successfully treat it. He also had two heart surgeries and prostate surgery and had sleep apnea. He considered a “good day” one when he got at least five hours of sleep.

4. Michael Jordan Offered Her His Condolences in a Statement

In a statement to TMZ Sports, Michael Jordan offered Thelma his condolences.

“Jerry was a key figure in the Chicago Bulls dynasty of the 1990s and meant so much to the Bulls, the White Sox and the entire city of Chicago. My heartfelt condolences go out to his wife, Thelma, his family and friends,” Jordan said.

Krause and Jordan often butted heads during the ’90s. He also feuded with Phil Jackson, but the Bulls still on their sixth title in 1998.

Roland Lazenby quotes Kruase as saying in Mindgames: Phil Jackson’s Long Strange Journey that he believed Jordan got the credit when the Bulls won and he was blamed when the Bulls lost. One time, the fans were booing Jerry so loudly that Thelma broke down in tears during a game. 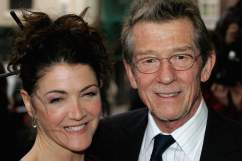 5. Thelma Had 2 Children From a Previous Relationship

1991 Chicago Bulls 20 year celebration and reunionMichael Jordan and Scottie Pippen were together again for another championship celebration, this time to commemorate the 20th anniversary of the Chicago Bulls' first title. The Hall of Famers along with some teammates and coaches were on hand for a halftime ceremony during Saturday's game against the Utah Jazz, reliving their past glory. There was…2011-03-13T17:21:45.000Z

Thelma had two children, Stacy and David. Krause is also survived by their four grandchildren, Colette, Josh, Mia and Riley.

“The entire Bulls organization is deeply saddened by the passing of Jerry Krause,” Bulls Chairman Jerry Reinsdorf said in a statement. “Jerry was one of the hardest working guys I have ever been around, and he was one of the best talent evaluators ever. Jerry played an integral role in our run of six championships in eight years. He truly was the architect of all our great teams in the ’90s. I would not have been elected to the Naismith Memorial Basketball Hall of Fame if it were not for Jerry. We will miss him tremendously, and we send our thoughts and prayers to his wife Thelma and the Krause family.”

“Jerry was a great basketball executive who I was fortunate to have worked for when I first joined the Bulls,” current Bulls GM Gar Forman said in a statement. “For those that did not know him, Jerry was an even better person. He was a quality human being who treated everyone great. He will be missed dearly. My thoughts and prayers go out to his family.” 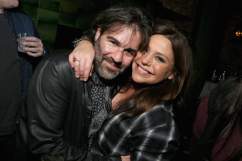