First, Aaron Hernandez‘s lawyer, Jose Baez, said he didn’t think his client really committed suicide. Then, Baez claimed that the Massachusetts State Medical Examiner’s Office is holding Hernandez’s brain “illegally.” But just hours after his press conference, the office announced that it would be transferring Hernandez’s brain to be studied.

“The Office of the Chief Medical Examiner released Mr. Hernandez’s body on Wednesday, but withheld some tissue including his brain until the cause and manner of death was determined,” Worcester County District Attorney Joseph D. Early Jr. said in a statement. “Now that the cause and manner of death have been determined, the brain will be released to Boston University’s Chronic Traumatic Encephalopathy Center as Mr. Hernandez’s family wishes. The center studies a progressive degenerative brain disease found in some athletes who have experienced repetitive brain trauma.”

During a press conference on Thursday, Baez said Hernandez’s family had arranged to donate the former New England Patriots tight end’s brain to Boston University’s CTE Center to see if Hernandez suffered from chronic traumatic encephalopathy. This is also known as CTE, a disease caused by repetitive brain trauma that has afflicted some football players. However, the Hernandez family had not been able to do so because the state medical examiner still has the body at the time of Baez’s press conference.

“It is our position that they are holding Aaron Hernandez’s brain illegally,” Baez said during the press conference near the M.E.’s office in Boston, reports the Boston Globe.

“If we don’t get answers and answers quickly, we’re going straight to court,” Baez said, adding that he’s going to try to get an emergency court hearing. He also said that he will run his own investigation into Hernandez’s death and that the brain needs to be given to BU as soon as possible.

“It is literally a destruction of evidence issue,” Baez said. “The culture of misconduct and the culture of negligence that goes on in this town is befuddling. It’s unbelievable that they would engage in this type of conduct, especially when everyone’s watching.”

Hernandez’s body is currently at a funeral home in Watertown, Massachusetts before it’s sent to another location.

“The family does not have confidence in this medical examiner’s office,” Baez told reporters. 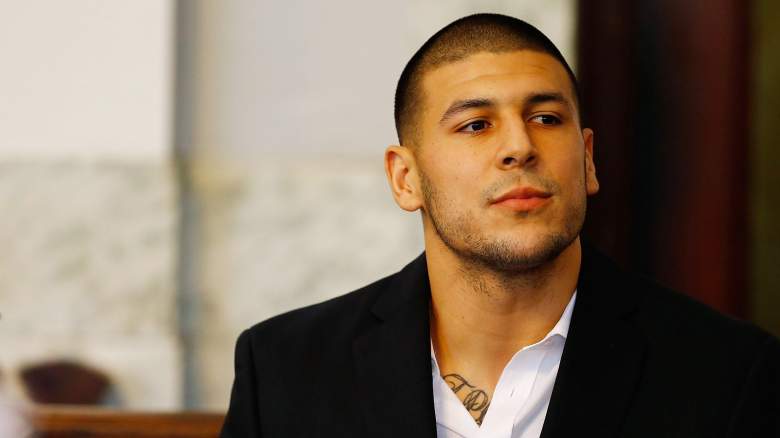 According to Massachusetts authorities, Hernandez killed himself on Wednesday morning. He was found in his cell after hanging himself shortly after 3:00 a.m. He was rushed to a hospital, but was pronounced dead an hour later. Baez quickly issued a statement, insisting that he didn’t think his client would commit suicide and vowing to run his own investigation.

“There were no conversations or correspondence from Aaron to his family or legal team that would have indicated anything like this was possible,” Baez wrote. “Aaron was looking forward to an opportunity for a second chance to prove his innocence.”

Hernandez was serving a live sentence after being convicted of the 2013 murder of Odin Lloyd. Five days before his death, he was acquitted of the 2012 double homicide of Daniel de Abreu and Safiro Furtado and was appealing his conviction for the Lloyd murder.

Hernandez was survived by his mother, brother, fiancee Sayanna Jenkins-Hernandez and a four-year-old daughter.