Croatian tennis player Marin Cilic is still looking for his second Grand Slam singles title after winning the 2014 US Open. The 28-year-old made it to the Round of 16 at the 2017 Wimbledon tournament. He’s been in a long-term relationship with his girlfriend, Kristina Milkovic.

Cilic turned pro in 2005 and is currently the sixth-ranked tennis player in the world. He’s reached the Wimbledon quarterfinals every year since 2014 and reached the quarterfinals at the 2017 French Open. His best finish in the Australian Open came in 2010, when he reached the semifinals.

Here’s a look at Milkovic and her relationship with Cilic.

1. Milkovic & Cilic Have Been Dating for 7 Years

Milkovic and Cilic have been dating for seven years, reports Story.hr. During that time, she has been frequently seen at his tennis matches. She was in New York for the US Open in 2014, when Cilic won his first (and so far only) Grand Slam title.

Story.hr notes that Milkovic does not give interviews, choosing to keep her private life out of the public eye. 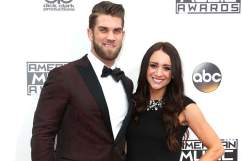 2. She Has a Degree in Psychology

According to her LinkedIn page, Milkovic earned two Master’s Degrees from the University of Zagreb in 2014. One is in psychology, and the other is in political science.

Her background in psychology has been a great help to Cilic. In a 2012 interview with Story.hr, Cilic joked that Milkovic is his private psychologist, since she’s available 24 hours a day. He explained that he had trouble understanding his coach at the time, Bob Brett, but he “found peace and harmony” in himself, which helped their relationship.

Brett was Cilic’s coach from 2004 to 2013. He was then coached by Goran Ivanišević, before he picked Jonas Björkman as his coach in 2016. 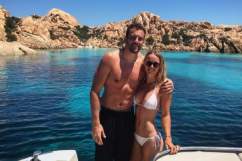 After graduation, Milkovic went into the financial world. She was hired by Zagrebačka banka, the largest bank in Croatia.

In 2014, she was hired as an employer branding and sourcing specialist. She was promoted to head of talent acquisition in October 2016. According to her LinkedIn page, Milkovic’s job includes managing recruitment and representing the company at job fairs. She is also responsible for working with human resources.

4. Cilic Said in 2014 That He Isn’t Thinking About Marriage

Despite their long relationship, Cilic said in January 2014 that he is not ready to consider marriage. However, it’s clear that Cilic considers Milkovic the most important person in his life, aside from his parents.

After he won his first ATP 500 level title in Basel, Switzerland in October 2016, Cilic told reporters that Milkovic is his good luck charm, Narod.hr reports. He also posted a photo on Twitter after the victory, showing Milkovic and his team with the trophy. 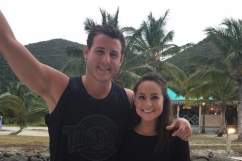 Milkovic doesn’t have much of a public presence on social media. She doesn’t have public Instagram or Twitter profiles. She does have a Facebook page, which is filled with beautiful photos from trips.

Cilic is also not an over-sharing athlete. In an interview with Sports Illustrated, he said he doesn’t like selfies and wouldn’t take one with anyone.

“Selfies became too big,” Cilic told the magazine. “The selfie photos are not good. Fans ask me for a selfie and I say, ‘Let’s just do a photo.’ I’m not anti-selfie, but I like a classic photograph.”