Patrick Reed celebrated his first-ever Masters Tournament win on Sunday, April 8, but noticeably absent were his parents, Bill and Jeannette Reed, and his younger sister, Hannah.

The Reed family has been estranged from the professional golfer for several years. While the public doesn’t know exactly what has transpired behind closed doors over the years, a few details about the family drama that have made their way onto the internet, thanks to a couple of social media posts.

“They’ve had no contact with their son since he got married, despite repeatedly emailing him and reaching out through intermediaries,” Golf Magazine previously reported.

Reed and his wife, Justine Karain, have two children together. They do not have a relationship with Reed’s parents or his sister.

1. His Mom Posts About Him on Social Media Regularly & Has Been Supportive of His Career Despite Not Having a Relationship With Him

Reed’s mom, Jeannette, has been posting to Facebook and Twitter on a regular basis, often wishing her estranged son well and sharing congratulatory messages.

Hours before he competed in the final day of the Masters Tournament, Jeannette posted a sweet throwback photo of her boy.

“Let’s do this Baby! GO PATRICK!” she captioned the picture.

Despite not having a relationship with her son, Jeannette keeps her posts positive and seems to be very proud of him.

“My boy…the way I remember him, very fondly, now he’s in the lead of the Masters, someone pinch me! My Dad’s in heaven having a Manhattan getting ready to enjoy an afternoon of watching his Grandson play golf…GO PATTY,” Jeannette captioned another photo of Reed, posted on Facebook on Saturday, April 7.

Jeannette hasn’t posted anything on Facebook since her son won the Masters. However, she did chat with Alan Shipnuck over at Golf Magazine after her son’s impressive win.

“I can’t believe my son is the Masters champion. It’s surreal,” she said. “Of course we’re so happy for Patrick,” she told Shipnuck through tears. 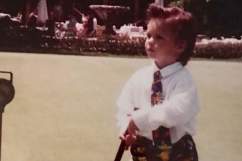 2. His Wife Justine Claimed That His Parents Abused Him Emotionally & Physically

In what appears to have been an effort to share her side of the story, Reed’s wife, Justine, took to social media to share a lengthy message about her husband’s parents. In that post, Justine tried to explain why Patrick doesn’t talk to his parents, and accused them of abuse.

You can read Justine’s post below, transcribed from a screenshot supplied by The Sun.

“You, nor anyone else, know anything about Patrick and I or our private lives. His parents verbally and physically abused him for most of his life, abused alcohol, and would get in fist fights with him in the parking lots after bad rounds. Patrick was seen as a “meal ticket,” not my words, his. I love my husband and we have a beautiful daughter, Windsor-Wells Reed, and obviously none of you know my husband because no one controls him. He is a man who makes his  own decisions and, as his wife, I help make decisions for our family and our lives. We are a team. The last thing I would ever want for my daughter is to grow up in an environment like my husband did. This is no sob story, we don’t have time for that. This is the truth. And if the media’s perception of him is obscure, it’s only because of his parent’s doings. Who talks about their children the way they did and write about him in a book? They are sick people and need help. Time will tell all. And people are starting to wake up and realize what kind of people his parents really are. You all should pick up the book: Breaking the Bonds of Adult Child Abuse. Yes, there are actual books on people like this. I am an RN and they are textbook cases.”

3. His Younger Sister Took to Social Media to Defend Their Parents

Not long after the Reed family got wind of Justine’s lengthy posts, Reed’s younger sister, Hannah, posted a response on her Facebook page.

You can read Hannah’s response below.

“While many people may not know, I am Patrick Reed’s younger sister. Growing up, Patrick and I were closer than normal. Over the past few years, I have sat back and watched the numerous and disgusting accusations his wife, mother-in-law, and everyone now associated as his family, have made. Patrick is not the same person he use to be. He accused me of faking my two kidney surgeries to get him back into my life, completely disowned me, never wishing me a happy birthday, [congratulations] for graduating, [etc]. I have reached out to him various times and get no response. This is not a brother anymore, but a selfish, horrible stranger and it’s heartbreaking.  He had an amazing life. My parents gave up everything for his dream of becoming a golfer. How can you win events and not thank your parents? They are the reason you even had your first golf lesson, went to events and spent tons of money so you would have the best possible chance of achieving your dream. There was never ever any abuse, mentally or physically, abuse of alcohol, or fist fights in the parking lot because he had a bad round. The fact that Patrick is allowing his new family to say that is insane. From growing up with him first hand, I know the truth. I am sick and tired of Patrick, his new family, and the media portraying my family, especially my parents, as abusive and crazy people. It is devastating seeing my parents hurt and [suffering] from what is being posted about them. It is time for the media and everyone to understand the truth. How can his new family say these things when they weren’t even there? I was. It is time for the world to know how Patrick is continuing to play the victim. I never wanted to do this, but it is what’s right. If Patrick was the same person he used to be, then he would see it too. I don’t want your money or anything from you. None of my family does. The money you’re earning is based off lies. Money is not everything. At the end of the say, your character is what counts. The character you are living, Patrick Reed, is not how our parents raised us.”

Hannah, 20, is a college student. She is currently attending the University of Georgia, according to her Facebook profile.

A couple of years before the aforementioned Facebook messages were posted, Reed’s mom and dad were escorted out of the U.S. Open.

According to Golf Magazine, Reed’s parents and his sister, Hannah, were watching him play when they were asked to leave the gallery.

“A friend of Bill and Jeannette’s had extra tickets to the 2014 U.S. Open, so with some trepidation, they went to Pinehurst No. 2 and followed Patrick throughout the second round. Justine was also in the gallery, but no words were exchanged. Walking up the 18th hole, Bill, Jeannette and Hannah were surrounded by police officers. They ultimately were escorted off the grounds and had their tournament badges confiscated by a USGA official…”

Since that time, Bill and Jeannette Reed have watched their son play golf on television. Following Reed’s Masters win, many wondered why his parents weren’t on-hand to congratulate him. He was even asked about it by Golf Magazine’s Alan Shipnuck, who wondered if the golfer felt it was “bittersweet” to be celebrating without his parents.

5. His Parents Weren’t Invited to His Wedding

Patrick and his wife, Justine, got married in 2012. At the time, Reed was estranged from his parents. Bill and Jeannette Reed were not in attendance at their son’s wedding because they weren’t invited.

Reed’s mom believes that there was tension between Patrick and his dad because Bill thought his son was too young to get married, according to Golf Magazine.

It’s unknown if Bill and Jeannette Reed have ever met their two grandchildren. Golf Magazine reports that the couple hasn’t heard from their son since his wedding. Jeannette does have photos of her grandchildren on Facebook, but it appears as though she may have simply shared them after seeing them online. 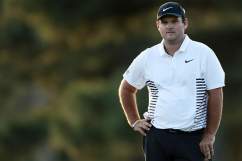