Getty Kellen II and Janelle pictured together in 2008.

Janelle Winslow, Kellen Winslow II’s wife, since 2006 has made a public statement supporting her husband after he was accused with some of the most heinous crimes imaginable. On June 15, Kellen was accused of kidnapping and raping two homeless women. The San Diego Union-Tribune reports that in one of those cases, prosecutors say that a woman was hitchhiking when the former NFL star picked her up and sexually assaulted her. Kellen is accused of a total of five offenses since March 2018, including indecent exposure and burglary with intent to rape. He has pleaded not guilty to the charges. The victims ranged from ages 54 to 86. The alleged crimes took place in Encinitas, California.

Kellen has two children with his wife. The Union-Tribune quotes Kellen’s father, NFL legend Kellen Winslow Sr. and Janelle, said, “On behalf of our son and my husband, we ant to reiterate our love, support and affection for him during this difficult process. We will always be there for him and we know the true facts will come out.” Janelle’s full name is Enrea Janelle Winslow.

In 2008, Janelle competed in a quiz Kellen’s then teammate, Brodney Pool. The purpose of the game was to see who knew Kellen better. Janelle got all of her questions correct, including his McDonald’s order, his greatest career moment and that Kellen would have been an NBA player if he hadn’t made it in the NFL. The final question saw Janelle say that if her husband was to sing karaoke, Janelle said he would sing the song, “All My Life” by K-Ci and JoJo. 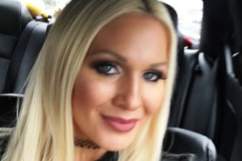 Also around that time, a New York Jets fan named Michael Fairlie wrote a blog post in which he spoke glowingly about Kellen and Janelle. Fairlie wrote that he won an “Ultimate Fan” contest that Kellen ran on his Twitter page. The prize was getting to watch a game from inside of the Winslow family suite at MetLife. One section of the blog reads, “Not only did the Winslows decide to share their family suite with some die-hard Jets fans, but Janelle went out of her way to make sure I had somewhere to park. Over the next few days, I contacted Janelle and Kellen on a few occasions, just to let them know how thankful I was. They responded in kind, letting me know that they were more than happy to accommodate me.” The blog concludes with the words:

I will forever be grateful to Kellen Winslow Jr. and his wife Janelle for hooking me up with the tickets as well as the parking.

Regardless of how you feel about Kellen after his “alleged incident” in the Target parking lot, I know him to be a compassionate human being with a big heart and a ton of talent that was never fully realized due to the motorcycle accident he sustained back in 2005.

3. The Couple Was Brought to Court in 2012 After Allegedly ‘Damaging Every Corner’ of a Home They Rented

The San Diego Union-Tribune reported in 2012 that the couple was being taken to court after they allegedly “damaged every corner” of a home they had rented in the city. According to the newspaper, Janelle had been living in the home while pregnant along with her mother and that Kellen was rarely at the home. The couple rented the home from January 2011 until July of the same year. One part of the lawsuit read that the outdoor furniture “was pocked with cigarette and cigar burn holes.” Another section read that Persian rugs and carpets “were stained with dog urine and also littered with dog feces. The house was overpowered with a putrid stench of animal waste.” The owners were seeking $133,000 in damages. The couple’s lawyer, Brian Watkins, called the lawsuit “a shakedown of a professional athlete.”

4. Janelle Once Said, ‘There So Much More’ to Kellen’s Life

In a 2013 Newsday feature while Kellen was playing with the New York Jets, Janelle said, “Kellen knows that football isn’t everything, that there’s so much more to his life. He knows his football career is not forever, but when it was taken away from him and not on his terms, it was a hard thing for me to see him go through. The same piece notes that the couple has known each other since he was 14 years old.

On her Twitter bio, Janelle refers to herself as a, “Wife, Mom, Daughter, Sister, Awesome Aunt, Loyal Friend, and anything else to keep my family happy & healthy.” Janelle also ran a Twitter account in the name of their dog, Buddah Buddy. A 2010 Facebook post from Kellen said that Janelle’s father, Henry, was suffering from Alzheimer’s disease. 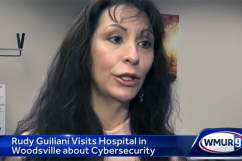 5. The Winslows Sold Their Ohio Home to Daniel Gibson & Keyshia Cole in 2014

Online records show that in 2009, when Kellen left the Cleveland Browns, the couple sold their home to NBA star Daniel Gibson and singer Keyshia Cole. Janelle is listed as the sole of the home, which was built in 2007. Gibson and Cole in turn sold the home to Kyrie Irving in September 2014. The Cleveland Plain Dealer reported in September 2017 that Irving was seeking to sell the home.