When asked about how he would draft the four quarterbacks in the AFC North for this season — not for the long-term — Ninkovich picked Lamar Jackson No. 1, followed by Steelers Ben Roethlisberger, Burrow and then Mayfield.

“Has Baker Mayfield ever played better than what we saw from Joe Burrow last year?” Ninkovich said during ESPN’s Get Up! Wednesday. “He has not done that. No. 3 for me, is Joe Burrow. No. 4 is Baker Mayfield. He has to show me more. When I watch tape from last year, very inconsistent. He played well against teams that he should have played well against. When there was a test on the line and he had to play against a team like, say, the Patriots. We remember that fumble that he had. That play in particular, I remember that as pretty embarrassing.

“When you are in the NFL, you’re going to be critically looked at and scrutinized. Last year, it wasn’t a great outing for him. He had some flashes of greatness but then a lot more of question marks. We don’t know. That’s why he’s No. 4 for me.”

Burrow is coming off a record-setting Heisman season at LSU where he broke the mark for passing touchdowns in a single season, tossing 60 in 15 games. He turned himself into the No. 1 overall pick and will now try lead the Bengals back to the playoffs after four consecutive sub-.500 seasons.

After garnering some MVP hype for his second NFL season, Mayfield finished the year with 3,827 yards, 22 touchdowns and 21 interceptions, ranking next-to-last in both passer rating (78.8) and completion percentage (59.4%) despite having both Odell Beckham and Jarvis Landry at his disposal.

However, Mayfield looked every part the top pick during his first year, when he set the rookie record for touchdown passes (27) in just 13 starts. The mark was previously held by Peyton Manning and Russell Wilson.

It should also be mentioned that while Roethlisberger has the best resume of the QBs in the division, he’s 38 and coming off missing almost an entire year with an elbow injury.

Joe Burrow Has Much Respect for Baker Mayfield 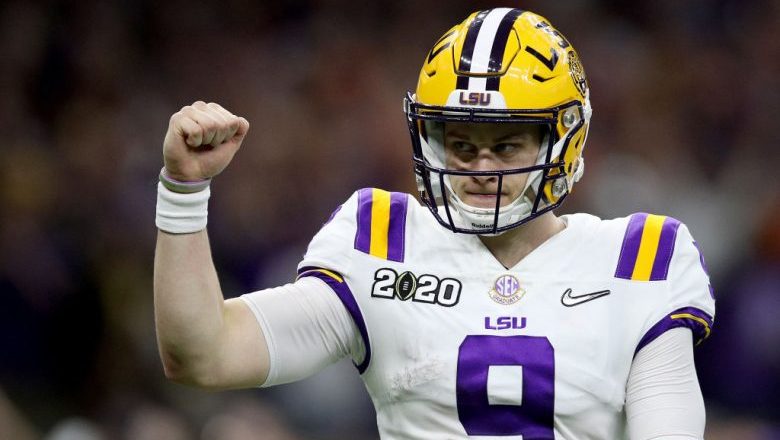 In the lead up to the draft there were some who compared Burrow to Mayfield. The LSU star didn’t mind and gave a big compliment to Mayfield when asked about it.

“The thing about the confidence, I think it starts in preparation and I’m really confident in my preparation,” Burrow said. “I feel I prepare better than anybody else. That’s why I’m so confident. Because I feel I know what’s going to be happening on Saturdays before it happens. Hopefully I can carry it over to Sundays with the help of the coaches and the veterans. That’s where it starts.

“I really admire Baker’s mentality. Coming in if you’re the No. 1 pick, the team that’s picking No. 1 is there for a reason so there are going to be ups and downs and you have to stay steady through the process.”

The two former Heisman winners will face off in Week 2 when the Browns host the Bengals in primetime on Thursday night football.