The Vikings are still searching for a true run-stuffing defensive tackle after the departure of Linval Joseph and his replacement, Michael Pierce, opting out of the 2020 season.

With no lineman emerging among their four-man rotation, the Vikings are looking for more competition and depth, adding ex-Bears defensive lineman Abdullah Anderson to the team’s practice squad on Sept. 21.

Anderson, 24, was an undrafted rookie free agent in 2018 and worked his way into the Bears lineup, playing six games in 2019. He joins second-year defensive tackle Albert Huggins on the practice squad as both young players will look to continue to practice and make a case to be activated to the 53-man roster. 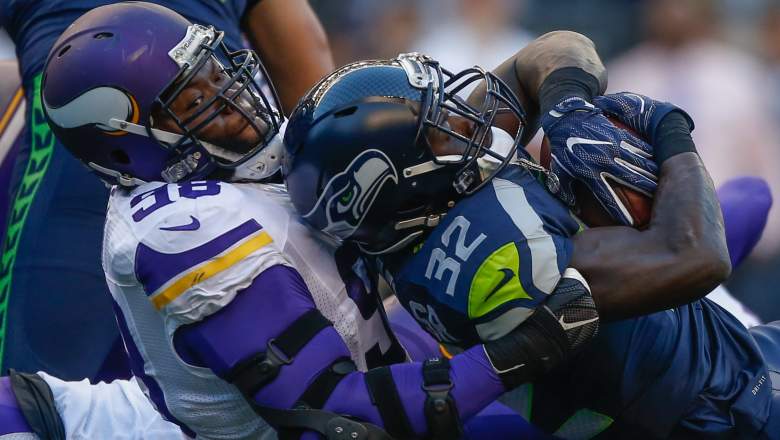 GettyThe Vikings have yet to find a replacement for Linva. Joseph.

I think Eric Kendricks will tell you that part of the reason he went to the Pro Bowl is because of those two big bodies sitting in front of him, OK? They allow him to run from sideline to sideline and be free. Their No. 1 job in their life is to not let anybody touch Eric (Kendricks). And I get it. People write stuff about Shamar Stephen and I get it because everybody just looks at stats, but if you watch film and you ask Eric Kendricks if he had to pick anybody to go to the game with, that he’d make sure that guy was there, I guarantee he’d tell you it’s 93, because 93 is not going to let anybody get to the second level and block Eric (Kendricks). They’re doing what we coach them to do.

But after giving up 151 rushing yards to the Colts last week, it’s clear that Stephen nor Johnson are solutions to stopping the run in the stead of longtime gap-eater Linval Joseph and his preemptive replacement in Pierce.

Abdullah Not Fitting the Frame

Standing 6-foot-4, 295 pounds, Abdullah is a classic hybrid lineman, which the Vikings have aplenty. He had two tackles and two pressures against the Vikings last season, which likely impressed the Vikings coaching staff.

The Vikings are likely to take it slow before making any drastic moves and giving their developmental pieces more playing time but without a true nose tackle, Abdullah is added to a long line of three-technique linemen.

A true nose tackle is missing from the Vikings roster, although there are still options available in free agency the Vikings could entertain.