After giving up a second-round pick and a conditional fifth-rounder for former Jaguars Pro Bowler Yannick Ngakoue, the Vikings have officially begun to punt the season in the first move of what could be a major transition for the franchise that sits at 1-5 this season.

Ngakoue was traded to the Ravens on Thursday for a 2021 third-round pick and a conditional fifth-round pick, ESPN’s Adam Schefter reported. In essence, the Vikings gave up what is likely to be an early second-round pick for a late-third rounder for a six-week rental on Ngakoue.

The Vikings acquired him late in the preseason when it became evident that Danielle Hunter would not suit up for the season opener against the Packers. His tenure became a prove-it season as Ngakoue agreed to a nearly $6 million pay cut to join the Vikings, inking a $12 million single-year deal.

Ngakoue is tied for fourth in the NFL with five sacks in six games entering the Vikings’ bye week as Hunter remains on injured reserve and is unlikely to play this season.

Ngakoue, Washington D.C.-born and raised and an alum of Maryland Univers, will now join the Ravens who are 5-1 and look poised for another run to the Super Bowl.

The Vikings will eat $6.8 million in dead cap the rest of the season while the Ravens pick up Ngakoue with $5.17 million left on his current contract, per Sportrac.

More Moves on the Horizon

Ngakoue’s fast start to the season as the sole go-getter in the Vikings’ pass rush left many speculating whether we’d re-sign him to a long-term deal in the offseason despite little cap space and the need to re-sign Anthony Harris as well.

More roster moves and restructuring contracts could be on the horizon as the Vikings continue to dig themselves out of what Al Michaels’ called “salary cap hell.”

It was speculated that if Kirk Cousins restructured hs contract the Vikings could have kept both Harris and Ngakoue, however, it appears the Vikings are cutting their losses from the bottom up this season. 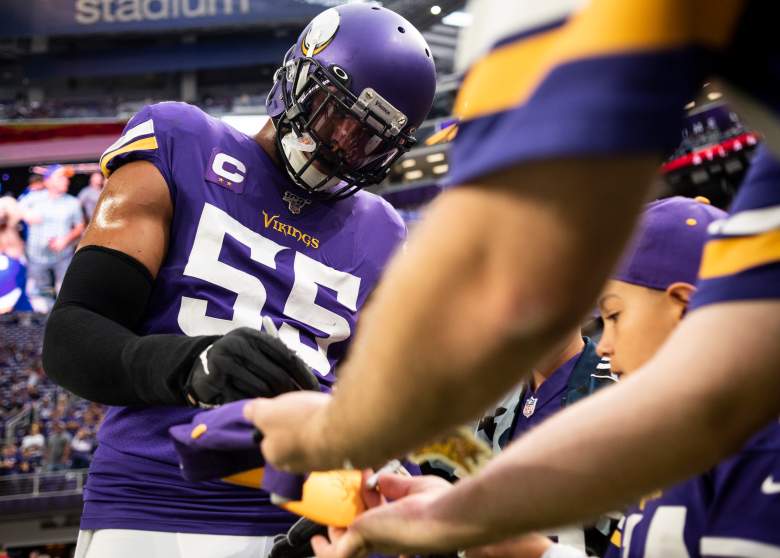 Anthony Barr could be one of the next Vikings to be traded.

Two likely trade candidates who could go next are veterans Kyle Rudolph and Anthony Barr.

Rudolph was out-snapped by second-year tight end Irv Smith Jr., who after being used virtually as a blocking tight end through the first four weeks, surpassed Rudolph in receiving yards in just two games. Smith has 133 yards on the season compared to Rudolph’s 123 receiving yards.

Rudolph, 30, is currently tied as the fifth-highest paid tight end in the league with a $9 million annual salary.

Barr has quietly collected four Pro Bowl selections and signed to a five-year, $67.5 million contract, making him the fifth-highest paid outside linebacker in the NFL. But his contributions on the stat sheet haven’t lived up to his contract, totaling 5.5 sacks in his past three seasons.

After his torn pectoral injury in Week 2 that forced him to forgo the rest of the season, Barr’s time in Minnesota could have reached its end as the Vikings have a potential out embedded in his contract that would allow the team to cut Barr and eat just $7.8 million in dead cap. Eric Wilson has proved serviceable in Barr’s stead.

Barr is damaged goods as most teams will likely wait for the offseason before making a move on him. Rudolph could be next on the trading block as the Vikings have found reliable replacements still on rookie deals in Smith and Wilson. The trade deadline is Nov. 3.

Loading more stories
wpDiscuz
0
0
Would love your thoughts, please comment.x
()
x
| Reply
The Pro Bowler is tied for the fourth-most sack this season.