Tech CEO Gurbaksh ‘G’ Chahal is making headlines after appearing in court for a domestic abuse case. Chahal, best known as the author of The Dream: How I Learned the Risks and Rewards of Entrepreneurship and Made Millions, has been fired from his CEO position in the wake of these allegations. Learn all about the charges against the RadiumOne CEO below.

UPDATE: The Daily Mail reports that RadiumOne has let Chahal go. Moreover, Chahal has now filed a complaint with the police against a woman he claims has been harassing him named Parveen Bining. The Mail writes:

“Chahal, who previously sold an ad tech company to Yahoo! for $300 million, previously had his personal assistant call Spartanburg police in 2012 to report unwanted texts, emails and posts from [Ms.Parveen] Bining…

Chahal’s sacking in April came after news website TechCrunch dumped RadiumOne as a sponsor of the ‘Disrupt NY’ technology conference, calling Chahal a ‘violent, angry man’ who had not been held accountable for his actions.”

Chahal is seen at a past FOX event in the photo above.

Chahal faced 45 charges, includes charges of abuse against his girlfriend. A video was introduced that showed him allegedly beating his girlfriend, but this evidence was ruled inadmissible in court.

Chahal has plead guilty to two misdemeanor charges, according to the San Francisco Business Times. The rest of the charges were dismissed, and he will serve no prison time.

Valley Wag, part of the Gawker network of blogs, ran a headline saying Chahal was able to “dodge” possible felony charges during his recent court appearance. They add that Chahal will only have to cope with three years probation, a year of domestic violence training, and 25 hours of community service.

2. Gurbaksh ‘G’ Chahal Is the CEO of RadiumOne

Above, Chahal chats with Charlie Rose at a TechCrunch Disrupt event in 2011.

Gurbaksh ‘G’ Chahal is the CEO of RadiumOne, a tech company specializing in advertising. RadiumOne recently partnered with Condé Nast.

In 2013, Chahal was named a Young Entrepreneur of the Year by Ernst & Young.

Back in 2008, Chahal was interview by Oprah Winfrey. You can watch the interview in the video above.

Valley Wag notes that this interview seems especially odd in hindsight, given Oprah’s comment about his status as a single man.

The Wikipedia image above shows President Obama with his arm wrapped around Chahal. This image was taken at a dinner in San Francisco in 2012.

5. People Are Outraged That Chahal Is Not Going to Jail

Also, heads up, @gchahal is a woman abuser who avoided serious punishment because he has a lot of money. Let's all remember that.

Numerous people have taken to Twitter and social networking sites to gripe about Chahal’s “dodging” of the criminal justice system. A search of Chahal’s name on Twitter pulls up numerous people who believe that Chahal’s wealth allowed him to get off on lesser charges.

If you think you might be in an abusive relationship, there are resources that can help. You can call the National Domestic Violence Hotline at 1-800-799-7233. You can also read this article about how to spot whether you are in a healthy relationship. 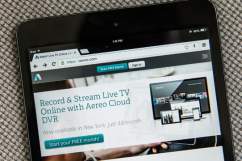