Thinking about buying Samsung‘s new Galaxy Tab 4 Nook? Read this first. We’ve got all the details about price, features, and most importantly, the kind of reviews this new device has been getting.

Get a hands-on look at this new tablet in the Engadget video above.

The Galaxy Tab 4 Nook costs $179. That’s fairly competitive, given that this tablet is more full-featured than some other devices that focus solely on e-reading experiences. It’s certainly much cheaper than an iPad Mini.

Engadget‘s report on the new Nook notes that this is the first B&N Nook made by a company other than Barnes & Noble. This means that this Nook has perks that other Nooks don’t:

“While the device is undeniably Samsung, the software still retains some of that Barnes & Noble flair. Anyone who’s used the previous Nook tablets will immediately recognize some of the features baked in here…Naturally, too, Barnes & Noble’s Nook store is the primary content source, rather than the Play Store or Samsung Hub. But it’s obvious that Sammy is in the driver’s seat. Key features like multi-window mode are even included for some multi-tasking (say, if you want to tweet a quote from your favorite novel).”

2. Galaxy Tab 4 Nook Is Packed With Features Readers Will Love

Get CNET’s take on the Galaxy Tab 4 Nook in the video above.

Re/code has got the scoop on the specs and features of this new tablet:

“The tablet offers a seven-inch, 1,280-by-800 pixel touchscreen, a three-megapixel rear camera and front-facing 1.3-megapixel camera. It will come only in a Wi-Fi version with eight gigabytes of internal memory, but the tablet does have expandable memory via a microSD slot…

On the home screen, you’ll find a widget that provides access to all the content in your Nook library. Alternatively, you can tap the Reading Now button in the bottom left-hand corner to quickly go to whatever you were reading last. There are also several home screen shortcuts designed to help make it easier to discover new content and make purchases.”

Forbes notes that, in addition to a bunch of cool features, buyers can get some sweet perks when they purchase this new tab:

“The new Nook comes with $200 in free content, including several best-selling ebooks…digital magazine issues, television shows and $5 of Nook store credit. Barnes & Noble CEO Michael Huseby said in the unveiling presentation that the company has the ‘Barnes & Noble advantage’: essentially, its sales-force across its nearly 700 stores nationwide, which would also act as an in-person customer service team, something Amazon can’t match.”

Samsung and Barnes & Noble are calling the Galaxy Tab 4 Nook “the first full-featured Android tablet optimized for reading.” For people who are looking for a tablet that puts reading comfort first, this may be just the ticket. 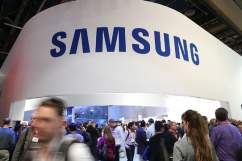 Check out the official launch video for the Galaxy Tab 4 Nook in the video above.

While the Samsung Galaxy Tab 4 Nook has a lot to recommend it, reviews for the tablet have been somewhat mixed. Here’s what Gizmodo had to say after going hands-on:

“While the price is nice, the performance is pretty meh…Meanwhile the search app is perplexingly just a search bar where you can search your library and the store simultaneously, even though both apps have their own searches. It’s super weird…

In our brief time with the Galaxy Tab 4 Nook, it stuttered repeatedly while loading up the store and the library, and only faired a little better (not by too much) inside Gmail and Chrome. It’s not a very smooth experience.”

However, Gizmodo did praise the construction and feel of the tablet in your hand. Meanwhile, Digital Trends was a bit more forgiving in their review of the new tab:

“The Galaxy Tab 4 Nook looks and works exactly like the original Tab 4 because it’s the exact same device – just with Nook branding, a few Barnes & Noble features, and a slightly slimmer design…

In all respects, the Samsung Nook is a full- fledged tablet with all the power you’d expect from a low-end Samsung tablet. During our brief hands on test, we found the tablet quick and responsive, even on the crowded Wi-Fi. We didn’t get to stream any videos, though.”

4. The Nook Brand Has Been in Trouble

Listen to the report above for a little backstory about the Nook brand and B&N’s market position.

Barnes & Noble fans will recall that, earlier this year, B&N decided to “spin off” their Nook unit. In February of this year, it was reported that Nook sales had dropped by 50 percent. If the newly “Nook-ified” Galaxy Tab 4 sells well, it could invigorate the Nook brand. With Amazon fighting with Hachette, many readers are now more receptive to buying a reading tablet like the Nook. 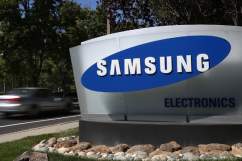 5. E-Reader Sales Are Expected to Decrease

This video tutorial walks you through the process of getting your Samsung Galaxy Tab 4 Nook set up, registered, and ready to enjoy.

Mashable notes that sales of e-readers are expected to decrease in the coming months and years. However, this report relates more to dedicated e-reader devices, rather than full-featured tablets that also cater to e-book fans. Mashable writes:

“E-reader sales will fall to as low as 7 million in the U.S. by the end of 2017, compared to a high of 25 million units in 2012…The figures don’t necessarily mean that readers are rejecting e-readers en masse. Unlike smartphones or tablets, e-reader models don’t really evolve, so there’s no need to upgrade.” 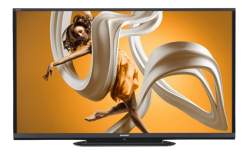