It’s a fundamental question, and the answer might reveal quite a bit.

According to the British Psychological Society, a recent study found that women are twice as likely to own an iPhone than men, and those iPhone users are much more worried about having a “high status phone” than anyone else. Android users are more concerned with breaking from the mold and “avoided similarity,” according to the BPS.

The study also found that Android users are perceived to be more humble and honest than iPhone users, but may also be seen as less extroverted.

The simple choice can even help predict what colleges teens will choose to attend, says Forbes. Adolescent Android users seem much more interested in engineering schools, while their iPhone counterparts are looking at more liberal arts colleges.

It seems when it comes to our 2016 presidential candidates, the iPhone vs Android choice may be fairly telling.

So which candidate is which?

There’s a widely reported rumor that Donald Trump’s real tweets are all from Twitter for Android, while the tweets from Twitter for iPhone are ‘nicer’ and thus possibly written by his handlers. The rumor is actually deeply researched, with data scientist David Robinson digging through 1,390 of @realDonaldTrump‘s tweets to find answers.

The above video mentions that in 2015, Trump was using a Samsung Galaxy, so he is likely sticking with Android. The theory seems plausible, especially with the data from Trump’s twitter.

This reporter has been informed that Trump now has a Galaxy S7, but there doesn’t seem to be a concrete source for that fact. It would make sense, though, since Trump previously preferred a Galaxy and seems to tweet from Android.

Hillary’s smartphone choice is a little foggier than Trump’s.

Back in 2015, Hillary told tech commentator and entrepreneur Kara Swisher that she uses an iPhone, an iPad Mini, an iPad and a Blackberry.

The interview with Swisher is the only real evidence to be found online of Hillary’s iPhone preference, but the 2015 interview wasn’t too long ago. Odds are Hillary has stuck with Apple (and Blackberry, possibly) for her smartphones.

Plus, this sticks with the idea that women are twice as likely to prefer iPhones, since Trump prefers his Android.

So here we are. Hillary seems like an iPhone kind of person (plus an iPad Mini and an iPad), and Trump sticks with Android.

What do you think this choice says about our candidates? Is the idea that Android users are more honest and humble viable in this case? 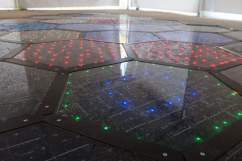