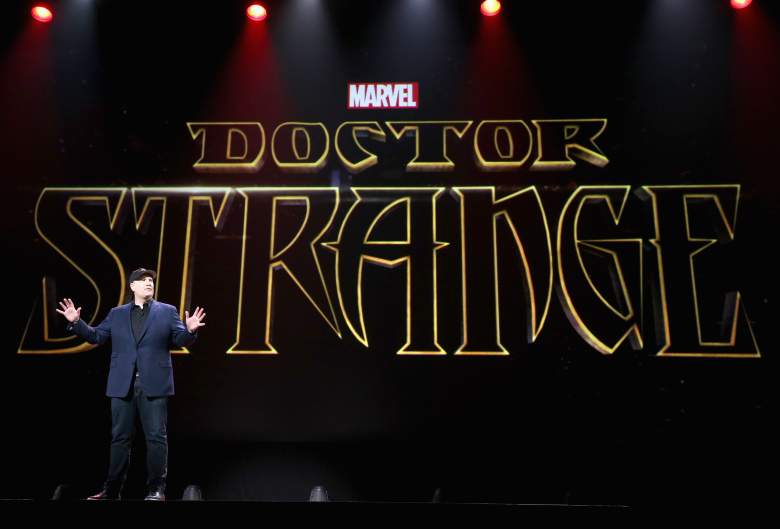 This post will be updated with new information as it comes in!

I'm down front for #Marvel! Already they're doing it differently with all seats, no name cards or table #SDCC pic.twitter.com/hqq5aicAgl

Peter Sciretta of Slash Film is reporting that the footage shown today won’t come out online, at least right away.

It looks like footage shown during the marvel panel will not be released online. We'll see.

But someone did take a photo of the new Marvel logo.

Black Panther will start production in January. The film is being directed by Creed‘s Ryan Coogler and stars Chadwick Boseman as the title character. During the panel, Coogler also confirmed that Michael B. Jordan will be starring as Killmonger. Jordan has starred in both of Coogler’s previous films, the excellent Fruitvale Station and Creed. Danai Gurira (The Walking Dead) will lead the Dora Milaje.

Here’s footage of Boseman coming out on stage.

Feige: Thor Ragnarok started filming five days ago – on the other side of the world.

There’s a great What We Do In The Shadows-style spoof clip to explain why Thor wasn’t in Civil War. He is a nightmare roommate.

Ragnarok did at least get a new logo.

The full cast of Doctor Strange is there:

"Even when you're smiling, I feel like you're going to murder me!" @hardwick to Mads Mikkelsen ?? #SDCC pic.twitter.com/rem1O0Cijk 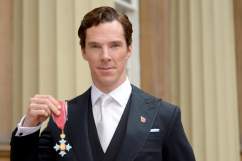 Tom Holland steps out on stage "Hey everyone!"

As expected, Homecoming will be more like a high school movie… with superpowers involved.

"It's a straight up high school movie" Jon Watts on Spider-Man: Homecoming

A sizzle reel is being shown.

Vulture, who will likely be played by Michael Keaton, is the villain. 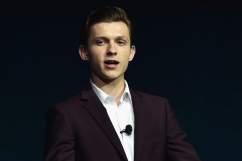 SDCC: What We Learned About ‘Spider-Man: Homecoming’

Now it’s time for Guardians of the Galaxy, Vol. 2. The members of the cast are there, along with director James Gunn.

Footage from Guardians of the Galaxy was shown.

Guardians of the Galaxy 2 footage is great. Baby Groot will own the internet and all memes and gifs for the next year, at least.

Holy fuck did I just love the Guardians of the Galaxy 2 footage. All I can say is baby Groot. So cute & can be so mean when pushed wrong way

The #GotGVol2 footage was Little Groot helping Yondu & Rocket escape from Ravagers. IT. WAS. AMAZING. #MarvelSDCC

Brie Larson has been confirmed for Captain Marvel! 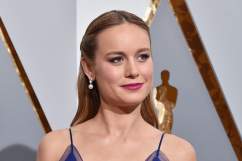 Marvel hasn’t announced what they plan to show or who will even be there, but it’s a safe bet that Doctor Strange with Benedict Cumberbatch will take up most of its 75-minute block. Strange, directed by Scott Derrickson, is the next Marvel Studios film, opening on November 4. The studio has already released one trailer and a second did come out today.

There are three Marvel movies coming out in 2017, all of which got some news Saturday. James Gunn’s Guardians of the Galaxy, Vol. 2 did get a teaser, but it’s probably too soon to hope for one for Thor: Ragnarok. In between those films is Spider-Man: Homecoming, which will be produced with Sony and is the first solo movie for Tom Holland’s version of the character. He was first seen as Spidey in Captain America: Civil War.

Avengers: Infinity War – Part 1 (2018) and Part 2 (2019) are far off into the future and Feige did not have any teases for the crowd. Instead, the night ended with a confirmation that Brie Larson is playing Captain Marvel, a project that still doesn’t have a director.

Marvel’s ‘Luke Cage’ at SDCC: Meet the Cast of the Netflix Series