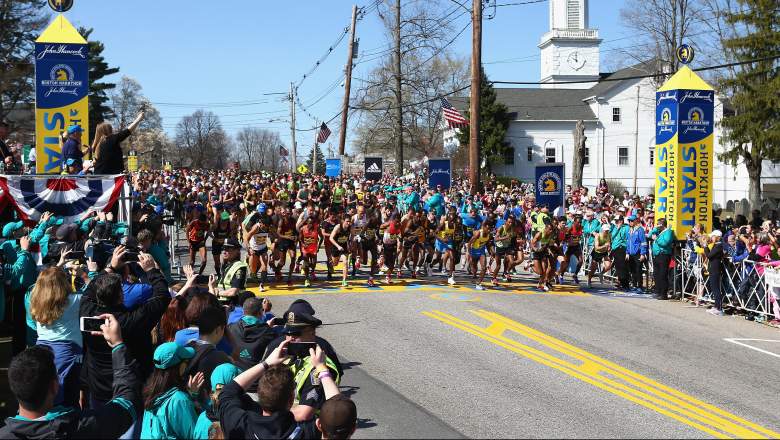 The start of the 2016 Boston Marathon. (Photo by Tim Bradbury/Getty Images)

April 17, 2017 marks Patriots’ Day in Massachusetts and Maine, as well as Wisconsin. It’s held on the third Monday in April and is best known around the world as the day of the Boston Marathon. The 2017 marathon is the 121st time the 26 miles and 385 yards have been run. It’s also the fourth anniversary of the bombing that killed three spectators and injured over 260 others.

The holiday is more than just a day off in April for students or the day of the marathon. It helps mark one of the most important moments in the American Revolution – the battles of Lexington and Concord.

1. In Maine, the Holiday is Called Patriot’s Day, Not Patriots’ Day 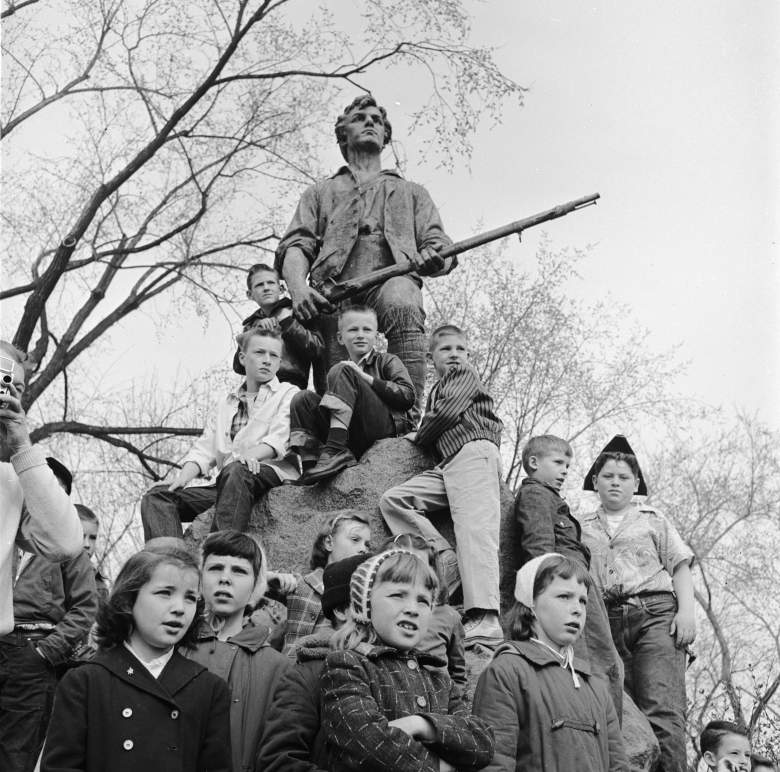 Only two states in the country recognize Patriots’ Day: Massachusetts and Wisconsin. Maine, which was part of Massachusetts until the 1820 Missouri Compromise, calls the holiday “Patriot’s Day.” The misplaced apostrophe makes it look like Maine only celebrates a single Patriot, while the other two states celebrate many Patriots.

Back in 2014, The Press Herald reported that Maine State Sen. Chris Johnson tried to fix this mistake with a bill in 2013. But it still remains “Patriot’s Day” in Maine.

“There’s really no reason for us to be spelling it the way we are,” Johnson told the Lincoln County News in 2013. “I don’t think we should be modeling incorrect grammar.”

2. In Florida, the Holiday is Recognized, but No One Gets the Day Off 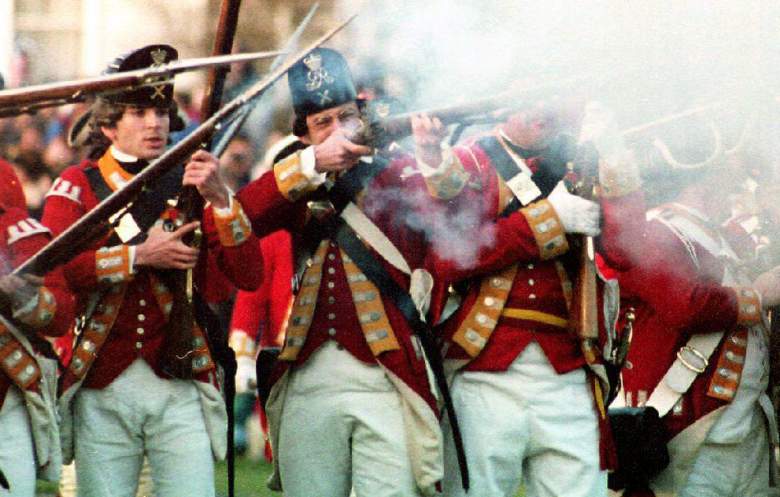 The Florida State Legislature does recognize the holiday for its “great historical significance,” but only encourages it be celebrated. “Public officials, schools, private organizations, and all citizens are encouraged to commemorate Patriots’ Day on April 19 of each year,” the statue reads.

That “great historical significance” is the Battles of Lexington and Concord. The battles took place on April 19, 1775, after the “shot heard round the world” was fired at Lexington that morning. The militia was successful in pushing back the British to Boston and launched the American evolution.

This year’s Patriot’s Day marks the 242nd anniversary of the Battles of Lexington and Concord. As the National Park Service notes, there have been reenactments of American Revolution battles scheduled throughout April 2017. 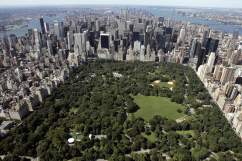 3. The Holiday Also Marked 1 of the First Events in the Civil War, the Baltimore Riot of 1861 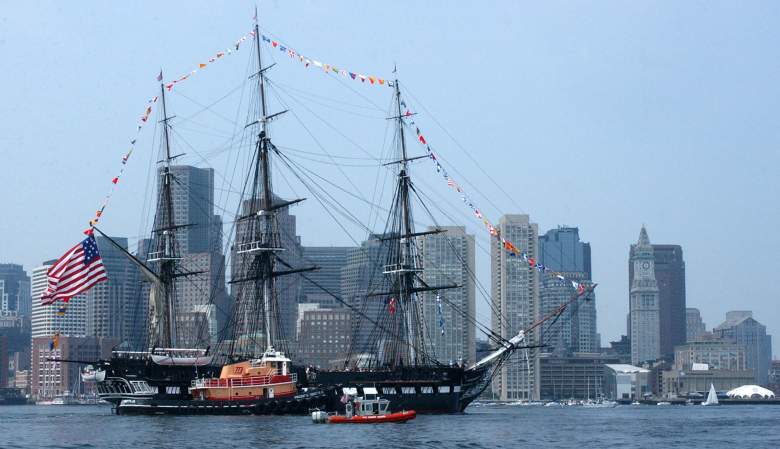 The USS Constitution in Boston in 2005. (Getty)

As The Atlantic pointed out in 2013, Patriots’ Day in Massachusetts initially also marked one of the first events in the Civil War.

On April 19, 1861, the Baltimore Riot of 1861 took place. Although it happened far from Massachusetts, it involved members of the 6th Massachusetts Volunteer Infantry Regiment. Four soldiers were killed in the skirmish with Confederate sympathizers.

However, when the Massachusetts State Legislature passed a bill to observe Patriots’ Day in 1938, they dropped the part about remembering the Civil War event and focused on the American Revolution.

“The governor shall annually issue proclamation calling for proper observance of April
nineteenth as Patriots’ Day, in commemoration of the opening events of the War of the Revolution and the struggle through which the nation passed in its early days,” that bill read. 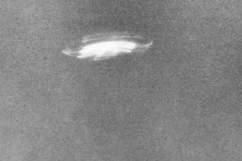 4. The Boston Marathon Has Been Run Every Year Since 1897, Even During Both World Wars 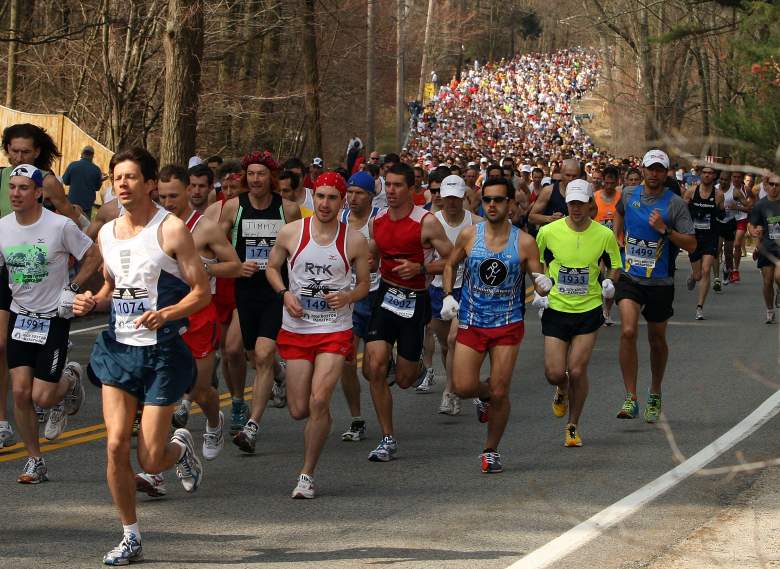 The Boston Marathon has been managed by the Boston Athletic Association (BAA) since it began in 1897. Women have only been officially welcomed to run the marathon since 1972, although women began running in 1966. Even during the two World Wars, the marathon continued, so it is the world’s oldest annual marathon.

Since 1984, Meb Keflezighi has been the only American man to win. He won in 2014. No American woman has won since Lisa Larsen Weidenbach in 1985.

The idea for the marathon came after the 1896 Summer Olympics in Athens, which also inspired a worldwide marathon revival. According to the BAA, that first marathon in 1897 included just 15 runners. The first winner was John J. “JJ” McDermott.

Sadly, the race course doesn’t conform to the International Association of Athletics Federations regulations. That’s why, when Kenya’s Geoffrey Mutai finished the marathon in 2:03:02 in 2011, the IAAF refused to acknowledge this as the fastest time ever for a marathon. 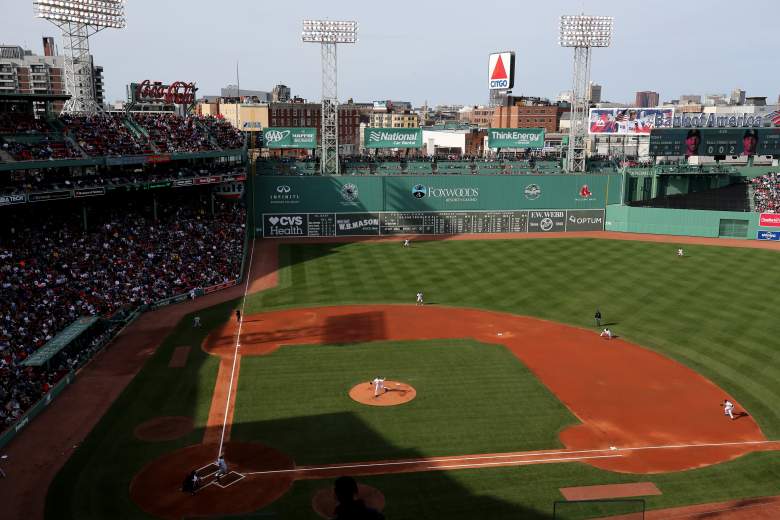 Part of Patriots’ Day in Massachusetts includes a special Boston Red Sox game at Fenway Park that begins at 11:05 a.m. ET. This year, the Sox are playing the Tampa Bay Rays, with Steven Wright pitching against the Rays’ Blake Snell.

In 2006, MLB.com reported that there was talk of starting the game even earlier, at 10:05 a.m. ET. The possible move, which never happened, was a reaction to the marathon start times being moved up in 2007.

The Sox started the Patriots’ Day game tradition in 1959. Since then, it has only been postponed because of weather five times. The game was cancelled in 1995 thanks to the 1994-1995 MLB strike.

As Sons of Same Horn notes, the tradition of baseball being played on Patriots’ Day predates the Red Sox. The first Patriots’ Day was on a Thursday and featured the Boston Beaneaters (the franchise that became the Braves) starting their season against the Brooklyn Grooms (the future Dodgers). 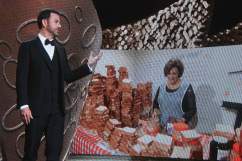