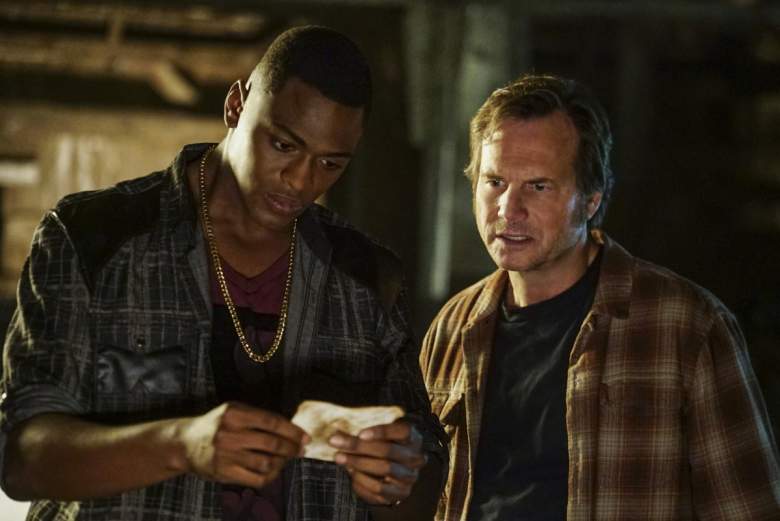 The season finale of CBS‘ Training Day aired tonight, with the second part of “Elegy” airing. The show, which was shaken by the death of Bill Paxton earlier this year, has already been cancelled.

Training Day was a police drama based on the 2001 movie of the same name that earned Denzel Washington an Oscar. In the series, Paxton starred as Detective Frank Roarke, the corrupt and controversial cop paired with a naive new detective. Justin Cornwell co-starred as the young officer, Kyle Craig.

Paxton died on February 25, 2017 from a stroke resulting from complications of heart and aorta surgery less than two weeks before. The actor, who starred in Twister, Titanic, Aliens and Big Love, received a special tribute during the March 2 episode.

Even before Paxton’s death, Training Day‘s ratings were not good. As TVSeriesFinale notes, the first four episodes of the show never had more than 4.7 million viewers and it never earned a 1.0 18-49 rating. The series moved to Saturdays with the April 8 episode, after the show wasn’t on the schedule for a month thanks to March Madness.

The film Training Day was written by David Ayer and the series was developed by Will Beall. Jerry Bruckheimer was an executive producer, alongside the director of the film, Antoine Fuqua.

In an essay for Vulture in March, Beall wrote that Paxton was a great mentor to Cornwell, who had never had a starring role before.

“He knew what it took to make a good film, and his infectious enthusiasm inspired us all. Even as the most experienced in a young cast on Training Day, Bill embraced all of the actors as equals,” Beall wrote. “Justin Cornwell, the young rookie cop, whom Bill’s character mentors as a young detective, was probably the prime recipient of Bill’s generosity. Bill became Justin’s real-life training officer — a veteran imparting wisdom and knowledge to a younger actor just getting started.”