Instagram Tayshia Adams and Colton Underwood have shared some very adventurous dates on this season of The Bachelor. Here's what we know about the venturesome couple.

Tayshia Adams will be receiving an overnight Fantasy Suite date with Colton Underwood during the next episode of The Bachelor, which airs Monday, March 4 at 8/7c on ABC. The two are both visibly smitten with each other, and many viewers are crossing their fingers that Underwood picks Adams at the end of the show.

Read on for more information on Adams and Underwood’s relationship. This is also your MAJOR SPOILER ALERT! Proceed at your own caution if you are not caught up on season 23. Here’s what you need to know about Adams and Underwood:

1. They Enjoy Going on Adventurous Dates, Including Bungee Jumping & Skydiving

Underwood has a taste for the California ladies, and Adams is no exception. She’s a phlebotomist who volunteers at her church and loves a good wine tasting. She can’t stand people who chew with their mouths open and was a Girl Scout for 12 years. She recently completed a mission trip in Africa for her church, and is proud to consider herself a woman of faith.

Adams made it this far on the show, so her personality, taste for adventure, and sweet disposition have definitely made an impact on Underwood. The couple has been enjoying some very adventurous dates over the last few episodes, including bungee jumping and skydiving, despite both Underwood and Adams’ fear of heights. 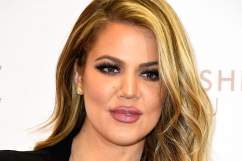 2. Adams Thanked Underwood on Instagram For Helping Her Realize Her Worth as a Woman

What a day this was!! As I mentioned last night, the past 2 years have consisted of some of the happiest and saddest moments of my life thus far. However, my 1-on-1 with Colton changed the game for me. It truly was a testament to how much I’ve grown as a woman of faith. My divorce used to be something I was ashamed of, because to me it represented, not only to myself but to everyone that knew me, that I had failed at marriage, something I value so highly. It made me question my worth and completely dimmed the light inside of me that used to shine so brightly. I only told a handful of people about it, and let the rest figure it out for themselves, because I wanted to avoid answering questions I myself didn’t know the answer to. It’s been a rough journey to pick up the pieces and rebuild my idea of the life I want, but I will tell you this: I would not be able to be the strong, independent, and smiling woman I am today without my faith or the support of my close family & friends that have supported me unconditionally. This day was a pivotal moment for me as I proved to myself that I can face one of my biggest fears (bungee jumping off a building) even if my form wasn’t exactly how it was supposed to be ? ‘cause the bottom line is I STILL TOOK THAT LEAP! It proved that I am stronger than I ever thought I was because I opened up about my biggest “failure” and it made me EXCITED for the life I have ahead of me!!! I owe this revelation to Colton, as he’s the one who challenged me out of my comfort zone and pushed me to want to be the best version of myself. He didn’t just listen to my story, but he comforted, empathized, and respected me, and those are qualitIes of an amazing man! Singapore you were SO GOOD TO ME! Thank you everyone for all your love and support, it has meant so much to me!! I appreciate you all! ???#ForTheRealOnes?

Adams is head-over-heels for Underwood, and expressed her feelings about this season’s bachelor on Instagram in late January. She mentioned how her 1-on-1 bungee-jumping date with Underwood changed her perspective on life, how she reestablished herself as a woman of faith, and how she is no longer “ashamed” of her divorce.

“I owe this revelation to Colton, as he’s the one who challenged me out of my comfort zone and pushed me to want to be the best version of myself,” she wrote on Instagram. “He didn’t just listen to my story, but he comforted, empathized, and respected me, and those are qualitIes [sic] of an amazing man!”

3. Adams Was in a Relationship With a Model Named Chase Two Weeks Before She Tried Out For The Bachelor

This is 28! Started this year off in The Bahamas and I have a pretty good feelin that’s just the beginning of some amazing travels ahead. So incredibly thankful for all the blessings that I’ve encountered this past year and for my family and close friends that have been by my side through it all. I owe it all to God for being so faithful!! I am SO HAPPY and SO GRATEFUL!! I’m ready for my 28th year around the sun and I couldn’t be more excited!! ????✨?#Godisgood #BahamaMama #Birthdayweekend #living #virgoseason #Grateful #toldyouIm10shadesdarker

Gossip king and Bachelor aficionado Reality Steve noted that Adams was married once before, to a man named Josh Bourelle. According to Radar, in court papers obtained from Superior Court of Orange County in California, Bourelle filed for divorce from Tayshia Adams on October 11, 2017 after only one year and six months of marriage, citing irreconcilable differences.

Although Adams isn’t the first divorced contestant to appear on the show, Reality Steve noticed that Adams was dating a model named Chase very shortly before she tried out for the show. According to the Inquisitr, she was on vacation with Chase in the Bahamas literally two weeks before trying out for the show, and dropped the news to him right before she left, which left him stunned and taken off guard. It doesn’t seem as though Underwood either knows or cares about Chase though, considering she’s made it so far on the show. However, it did raise some big questions for fans about Adam’s intentions in joining Colton’s Bachelor season. 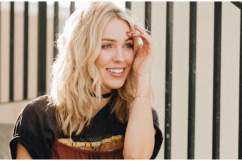 While Adams drove a blindfolded Underwood to the skydiving venue, she apparently was reassuring Underwood that she was an “excellent driver,” and that he doesn’t need to worry, just as his head smacks into the window. The show’s Twitter page posted the hilarious outtake, and Adams also uploaded the clip to her Instagram page with the caption “but did you die!?!”

5. She is NOT Chosen By Colton Underwood on The Bachelor

Looks like I’ll be seeing you all on Monday nights!?? #thebachelor starting January 7th! What up, #bachelornation! #fortherealones #itme

Despite the fact that Adams makes it all the way to the end of the show and snagged an overnight date with Underwood, Reality Steve broke the news that she is not the woman Underwood chooses in the end.

According to Reality Steve, Underwood has an overnight date with Adams, followed by an overnight with Cassie Randolph. His date with Randolph apparently makes Underwood realize he is in love with the young lady, who actually ends up leaving the show after realizing she isn’t ready to be engaged. Underwood decides to break things off with Hannah Godwin and Adams, leaves the show, and follows Randolph back to the states to try to work things out with her.

So, unfortunately for Adams, she does not find her one true love on the show, although with her talent, personality and sweet disposition, it shouldn’t be too hard for her to find “the one.”

Tune in to ABC on Monday nights, at 8/7c to watch the rest of the season of The Bachelor 2019, and the Women Tell All special airs on Tuesday, March 5.

READ NEXT: Demi Burnett’s Mother is in Prison for Bank Fraud