Getty John Wayne Bobbitt is best known for being the subject of one of the most sensational tabloid stories of the 1990s, after his ex-wife Lorena Bobbitt cut off his penis.

John Wayne Bobbitt is best known for being the subject of one of the most sensational tabloid stories of the 1990s after his ex-wife Lorena Bobbitt cut off his penis with a kitchen knife and threw it out the window of a moving vehicle.

A new Lifetime movie titled I Was Lorena Bobbitt premieres Monday, May 25 at 8 p.m. ET/7 p.m. CT, and will highlight the years of alleged abuse that led to John Bobbitt’s mutilated organ and Lorena’s account of the day leading up to that event. The movie stars Dani Montalvo and Luke Humphrey as Lorena and John Bobbitt and will air again on Tuesday night at the same time.

Here’s what you need to know about John Wayne Bobbitt ahead of the Memorial Day premiere of I Was Lorena Bobbitt:

Bobbitt was born in 1967 and grew up in Niagara Falls, New York. When he was just 3-years-old he and his brothers were taken away from his mother, a drug addict, and placed with his aunt and uncle.

“My mother couldn’t take care of us three,” he told ABC News in 2019. “She had a mental breakdown. She was a nice lady. She tried to [take] care of all three of us, but she couldn’t.”

According to Bobbitt, he grew up with a big family and went to church every Sunday, and although they “shared a lot of love,” they also shared a love of fighting. However, Bobbitt considered himself the “peacemaker” of the family, and refrained from fighting, ABC reports.

He enlisted in the Marines because several of his friends were doing the same; Bobbitt was at a Marine Corps officers’ ball in 1988 that he first met Lorena Gallo. “I was there with a friend and saw her,” Bobbitt recalled. “And she looks shy and innocent, and I went over there and asked her to dance. She can barely speak English… [and] I go, ‘Here’s my number.’”

Lorena Bobbitt Accused John of Abusing Her For Years 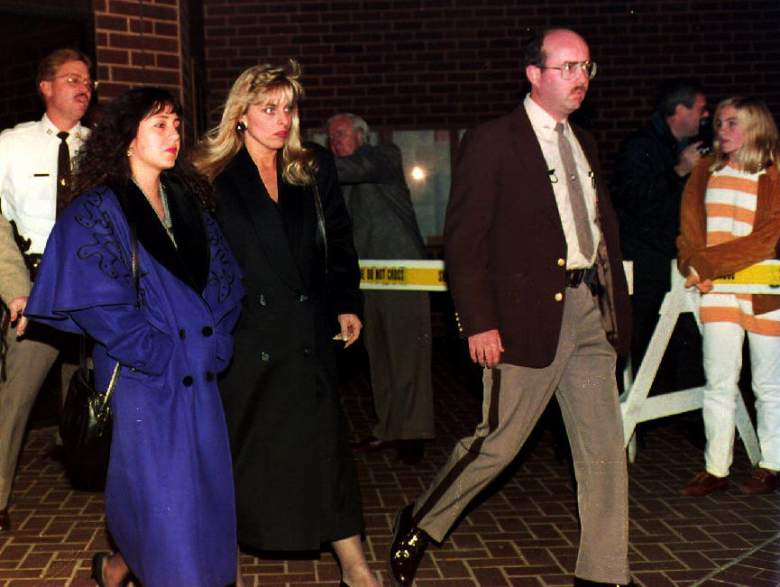 Bobbitt and Lorena married on June 18, 1989 and it didn’t take long before their marriage started to crumble. Shortly after Bobbitt was discharged from the Marines, he had trouble finding a steady job, so Lorena was the primary breadwinner. Bobbitt told ABC that their relationship became strained over the years and they began “fighting over things that [they] shouldn’t have been fighting over,” according to Bobbitt.

In 1993, Lorena told ABC that Bobbitt hit her for the first time just one month into their marriage. The alleged abuse became more pronounced over the years, according to Lorena, and eventually turned into Bobbitt punching her repeatedly during arguments and even choking her once during a particularly bad fight.

Bobbitt has continued to deny Lorena’s accusations of abuse over the years, and to this day, he still claims he never hurt his wife; he says he was the victim in the relationship, and actually accuses Lorena of abusing him. However, he did tell ABC that he would occasionally try to “subdue” her.

“Not to hit her,” he said. “I mean if we get in a fight and you jump on me and start hitting me, and I try to subdue you, you’re going to end up getting some type of injury, like a bruise or fat lip.” 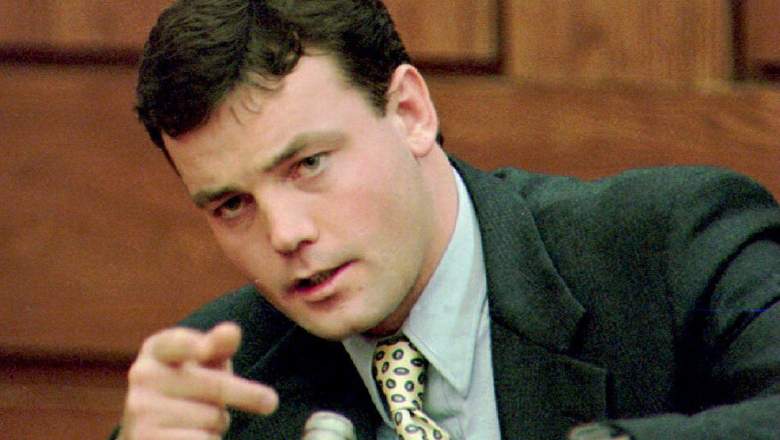 GettyJohn Wayne Bobbitt points during testimony on the sixth day of his wife Lorena Bobbitt’s malicious wounding trial at the Prince William Courthouse in Manassas, VA

In the 1993 incident that made headlines across the globe, Lorena Bobbitt cut off her husband’s penis with an 8-inch kitchen knife while he was asleep in his bed. Speaking to ABC News’ 20/20, Bobbitt recalled the moment he woke up after the attack, saying “It was a nightmare. I cleared my thoughts, applied pressure. I went to wake my friend up to tell him to get me to the hospital.”

After removing her husband’s penis, Lorena fled their apartment and drove off. “In her panic she hadn’t realized that she was still clutching John’s penis. Horror-struck, she rolled down the window of the moving vehicle and threw it out into a field,” Crimes Below the Belt reports.

She called 911 shortly after the incident, and Bobbitt was taken to the hospital where he underwent a 9-hour surgery to reattach his penis. Lorena noted in court that she attacked Bobbitt after he came home drunk and raped her in their Virginia apartment.

He Starred in Two Adult Films Following His Penis Surgery

He also went on a 40-city tour with a show called “Stump the Bobbitt”, in which he “tried to guess punch lines to jokes about his mutilation.” During the tour, Bobbit appeared on Howard Stern’s New Year’s Eve pageant, went on various radio programs, and autographed various steak knives for fans.

These days, Bobbitt lives in North Las Vegas, according to online records, and he frequently posts updates on his Facebook page, which often include supportive messages for President Donald Trump. Lately, Bobbitt has also been posting some of his thoughts on the COVID-19 virus, and he occasionally takes jabs at his ex-wife in the comments of his posts.

“People that don’t like Trump aren’t real American’s if you live in this country be a real American if you don’t want to be find another country that you can honor and respect,” Bobbitt wrote on an April 26 post.  He also called Lorena a “narcissist” in the comments of a post on May 3, and occasionally talks about Joe Exotic and treasure hunting on his page.

I Was Lorena Bobbitt premieres Monday, May 25 at 8 p.m. ET on Lifetime. In the meantime, you can find all the latest in TV coverage and entertainment news here.