Lisa Marie Presley has had quite the active love life and has not hidden it from the world. The only child of Elvis Presley has been doted by some of Hollywood’s A listers as well as some that are not that well known. In the last three decades of whirlwind romances, she’s been married four times and engaged once. Here’s a rundown of the 52-year-old’s love life.

Lisa Marie Presley’s first husband was musician Daniel Keough, whom she met when she was sent to the Scientology’s Celebrity Center rehab during her teenage years for drug addiction according to Biography.com. Keough is a Chicago-born actor and musician who has starred in a film titled The Lodge and sang a song called “Deliver Me” for the soundtrack of a television movie Cabin by the Lake, IMBb stated.

The two met in 1984 and by 1988 at the age of 20, she and Keough were married and expecting their first child together, according to a People magazine cover story. After they had Danielle Riley Keough in 1989, they welcomed their son Benjamin in 1993. They couple divorced in 1994.

Sadly, their son Benjamin was found dead in a Calabasas, California home on July 12 with a self-inflicted gun shot wound.

Presley told  Marie Claire that she felt her and Keough being married at such a young age played a role in their relationship falling apart.

“I had been really sheltered,” she said in 2007. “I got married the first time very, very young and the marriage I was in, there was so much resentment about who I was, because I had more than he did, and it became a power struggle… So in my mind I’m thinking, I know, I’ll get with someone more compatible. I wasn’t thinking what everyone else was thinking, which was that I must have been out of my f–king mind.”

She also said she shouldn’t have left that marriage.

“Leaving my first marriage, for the person that I left it for — that was probably the biggest mistake of my life,” she said.

After he marriage with Keough, she jumped into a relationship with Michael Jackson. 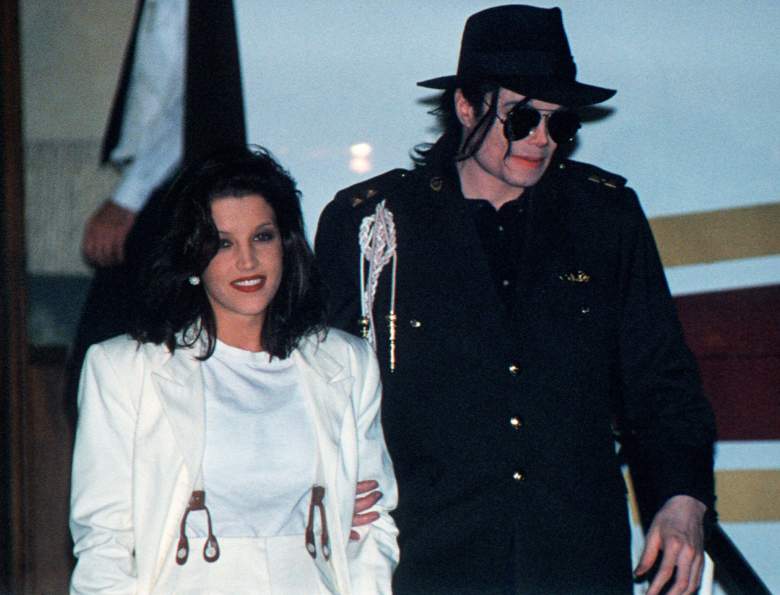 GettyMichael Jackson and his then wife Lisa-Marie Presley

Even though Michael Jackson and Lisa Marie Presley first met in 1975, they did not become romantically involved until 1992, the Daily Express reported. In 1994, she released a statement via People saying she and the King of Pop were husband and wife. This was the same year she divorced her first husband Danny Keough.

“My married name is Mrs. Lisa Marie Presley-Jackson. My marriage to Michael Jackson took place in a private ceremony outside the United States weeks ago. I am very much in love with Michael, I dedicate my life to being his wife. I understand and support him. We both look forward to raising a family.”

At the 1994 MTV Video Music Awards, they stunned the crowd when they opened the show with a passionate kiss.

“Welcome to the MTV Video Music Awards,” Jackson said. “I’m very happy to be here. Just think, nobody thought this would last,” he said before he locked lips with Presley.

Presley and Jackson divorced in 1996 and she told Oprah Winfrey that his drug abuse took a toll on their marriage.

“He had to make a decision,” Presley told Winfrey in 2009. “Was it the drugs and the vampires or me? And he pushed me away.”

Jackson died on June 25, 2009 at his Neverland Ranch, which Presley told Winfrey is across the street from her father’s Graceland home. 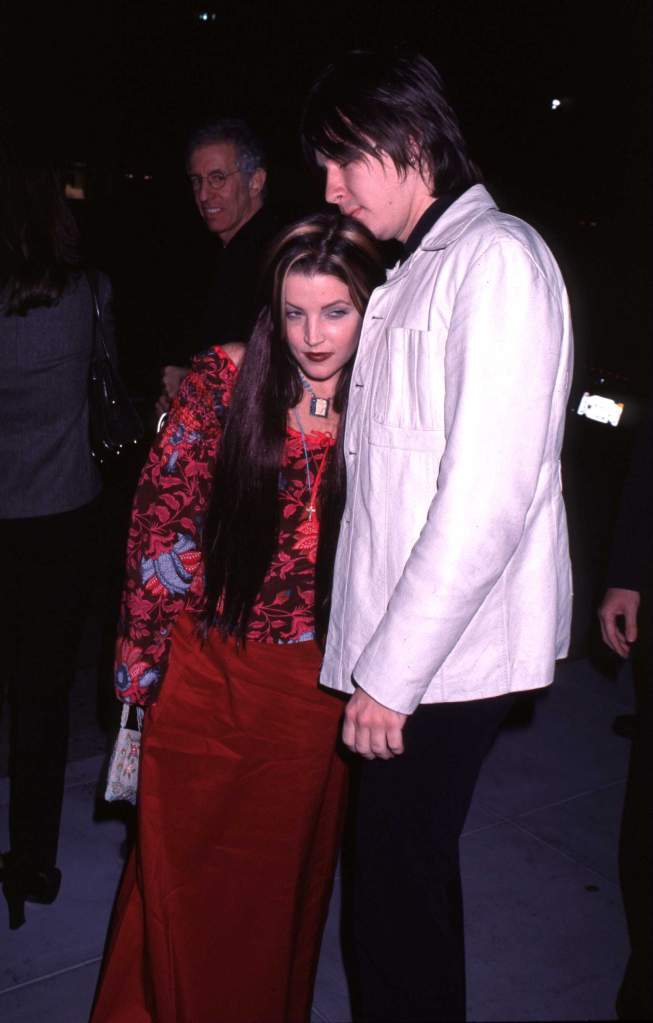 Hawaii native John Oszajca proposed to Presley in December 1999 but they never wed and were broken up by 2001, ABC reported. Presley never spoke about why the engagement failed. 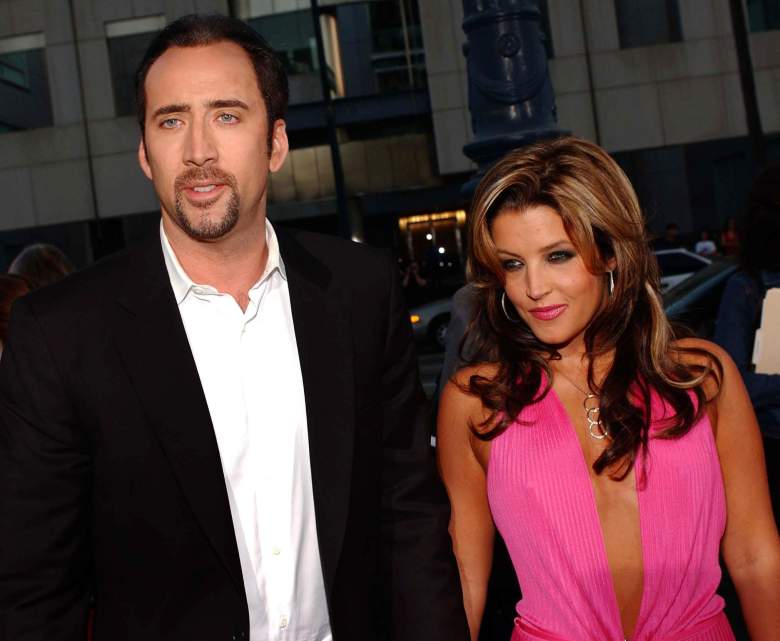 GettyNicolas Cage (L) arrives at the US premiere of his film “Captain Corelli’s Mandolin” with his girlfriend Lisa Marie Presley.

Four years after divorcing Michael Jackson, Presley met actor Nicolas Cage at Johnny Ramone’s birthday party in 2000, Time reported. They were married in August of 2002 in a Hawaii ceremony but had hit splitsville a few months later. Cage filed for divorce on November 25, 2002 according to CNN.

“I’m sad about this, but we shouldn’t have been married in the first place. It was a big mistake,” Presley said in a statement to CNN.

In 2019, there were rumors that they had rekindled their romance.

“They talk a lot and have rediscovered their feelings for each other,” a source told Radar Online. “It all started when Nic reached out to her in early summer. Since then, they’ve been on the phone nonstop and have even met up for dates!”

Cage and Presley did not confirm these rumors. 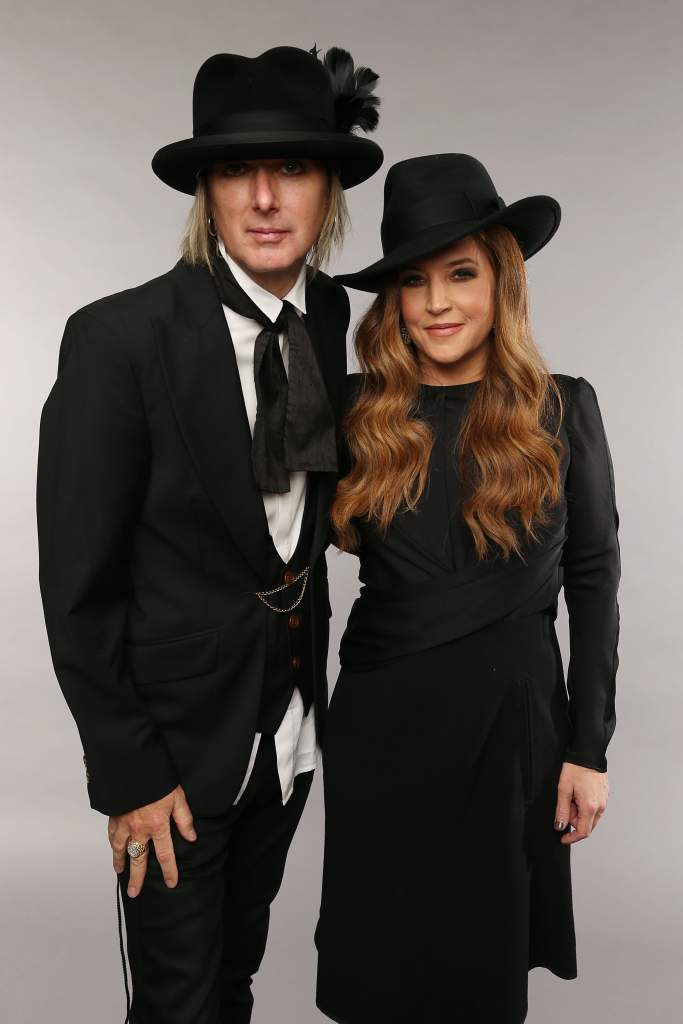 Presley’s fourth and final husband is musician Michael Lockwood. They walked down the aisle in January of 2006 in Japan and welcomed twins Harper and Finley during their marriage, WTSP reported. In 2016, Presley filed for divorce according to the Los Angeles Times but parting ways didn’t go smoothly for them at all. Besides divorcing, they became involved in a nasty custody battle over their twin girls. According to Radar Online, Lockwood claimed that Presley coached the girls to say that he touched them inappropriately while Presley claimed she found inappropriate photos of their girls on Lockwood’s laptop. The outlet also reported that a case against Presley and Lockwood was opened with the Los Angeles Department of Children and Family Services for alleged domestic violence, sexual abuse and substance abuse. It was revealed that Presley abused cocaine during her last three years of marriage to Lockwood and had to go to rehab a few times Radar Online reported.

In August 2018, it was ruled by Los Angeles Superior Court Judge Dianna Gould-Saltman that Presley did not have to pay Lockwood spousal support due to a post-nuptial agreement they signed in 2007 according to the Daily Mail.

Their divorce trial is supposed to start on July 20, 2020 according to The Blast.