Peter Gunz, the host of Cheaters, got into an altercation with one of the show’s guests during a recent episode. As Gunz, born Peter Pankey, showed a man a video of his girlfriend cheating, things took a turn for the worse when he slapped the iPad out of Pankey’s hand and yelled some expletives. The former Love & Hip Hop star then smacked the man and an altercation ensued. They tussled on the ground before security was able to separate them.

“If I offended you, I apologize,” Pankey said to the man. “Let’s get this to him. I need you to channel this energy toward the man that’s with your lady right now. I know where she at right now. Let’s pull up.”

Watch the clip below.

We'll get back to our BBQs Henny wings and live "entertainment" soon…in the meantime, we got Peter Gunz and "Cheaters" to get us through.#DESUSandMERO pic.twitter.com/PZGoC35u9o

Peter Gunz Became the Host of Cheaters in October 2020 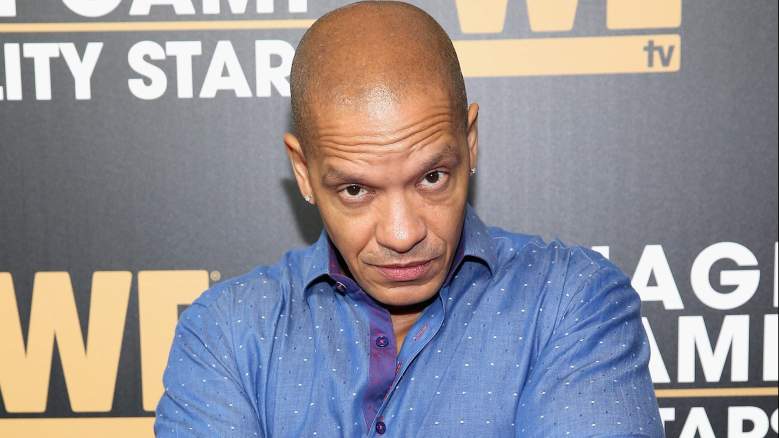 Peter Pankey became the host of Cheaters in October 2020 after the previous host Clark James Gable. According to USA Today, Gable died of a drug overdose in February 2019. In an interview with Showbiz Cheatsheet, the Bronx, New York native explained why he was the ideal host for the show.

“Most people that followed my story on Love & Hip Hop would say I have the audacity to take this job but I’m a good fit,” he told Showbiz Cheatsheet. “You want someone in this role who has been down a similar road. Though I’m not proud of my reputation because of certain decisions I’ve made, I know that I am a draw because of what people have seen.”

He added that he knows how to sympathize with the cheater and serve as a mediator in situations concerning infidelity.

“I’m sympathetic to those who get caught and those who are heartbroken over the discovery,” he said. “My goal is not to break up a happy home, but instead to help the couples decide if they can work things out or maybe separation is best.”

While on Love & Hip Hop, Peter Gunz married singer Amina Buddafly while in a 13-year relationship with Tara Wallace, whom he shared two children with at the time. Buddafly later filed for divorce after they had two children together and it was finalized in 2018. After she posted their divorce papers in her Instagram story, Pankey reposted it on his page with the caption “The end.” He later posted a photo of them together and explained that their divorce was amicable.

“Our divorce is not ugly,” he wrote. “No lawyers no judges no Mediators!! Just us,” he captioned a photo of the two looking like a loving couple. “I love @aminabuddafly and the Beautiful Queens she gave me.. Divorce in our case is not a bad thing it’s best and won’t change the support and love for her my kids and her music.. no comments necessary.”

Out of his 10 children, Pankey has two daughters with Buddafly and three sons with Wallace.

Loading more stories
Things got heated during a cheating revelation on 'Cheaters.'