A federal judge has granted a motion to dismiss the racial discrimination lawsuit brought by former “Real Housewives of Atlanta” star NeNe Leakes against Bravo, NBCUniversal, Andy Cohen and others. Lawyers for the two sides jointly requested a judge dismiss the case without prejudice on August 19, 2022. That means Leakes could re-file the lawsuit again in the future.

The court filing obtained by Heavy does not reveal any details about why the case was settled and attorneys for both Leakes and the defendants haven’t commented. According to federal court records from the Northern District of Georgia, U.S. District Judge Thomas W. Thrash Jr. approved the dismissal and terminated the case on August 26, 2022. The lawsuit was filed by Leakes in April 2022. She starred on “RHOA” for the show’s first seven seasons, before returning for seasons 10-12. She left the show a second time in 2020.

Along with Cohen, Bravo and NBCUniversal, the lawsuit also named True Entertainment, Truly Original LLC, Shari Levine, Steven Weinstock and Laura Eskelin as defendants. Leakes accused those involved with creating and producing the “Real Housewives” franchises and other Bravo reality shows of creating and airing on TV ” racially segregated workplaces in which racially insensitive and inappropriate conduct is condoned and allowed to fester often creating discriminatory and hostile work environments for diverse talent who are working in their workplaces,” according to the lawsuit.

Leakes also accused Cohen and other executives involved in the show of blacklisting her from working with the network after she made accusations of racism. Leakes lawyers wrote, “For years, NBC and Bravo have run The Real Housewives as a segregated franchise where certain shows are treated as white shows and others as Black, with little if any overlap or mixing between the two. The segregated nature of the franchise is reminiscent of the early days of ‘separate but equal’ – that is, the shows are racially separated, purported to be equal, but in fact they are not.” 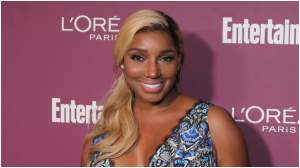 The joint motion filed to dismiss the lawsuit states, “All parties consent and stipulate to the foregoing dismissal. No party will seek recovery of costs or attorneys’ fees in any submission to this court.” The filing is mostly filled with procedural details and does not mention any settlement or out-of-court agreement between the two sides or that it will be handled through arbitration.

But AllAbouttheTea reported on August 23 that a source said Leakes agreed to a financial settlement to drop the case. The site wrote that “NeNe settled for “Around $4.5 million hush money.” In exchange for the cash, NeNe signed a confidentiality agreement/non-disclosure with a non-disparagement clause. This means that moving forward, NeNe can’t publicly make disparaging remarks about Bravo, Andy Cohen and its production companies.”

Before the surprising news that the case was being dismissed the two sides had requested time to discuss whether Leakes was legally allowed to file a suit against Cohen and Bravo. According to court documents obtained by Heavy, attorneys for the defendants said Leakes’ contract required her to bring all legal disputes to a third-party arbitrator in New York. Leakes’ attorneys argued she had the right to sue in Georgia federal court.

Leakes’ lawyers wrote in their initial filing, “To try to shield itself from public scrutiny of its unlawful employment related practices like those detailed herein, NBC, Bravo, and/or True have also required as a condition of employment Mrs. Leakes, and others, to submit to boilerplate, non-negotiable, ‘take-it-or-leave it’ ‘Standard Terms and Conditions and Arbitration Provision’ in order to be allowed to work on the Real Housewives show.” 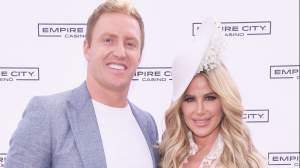 Biermann responded to the accusations in the lawsuit in June, calling them “ridiculous.” Biermann added during her appearance on “The Nightcap With Carlos King,” that, “I’ll deal with her when she’s done with them. You can’t say things that aren’t true and try to defame somebody.”

The lawsuit also named former “Vanderpump Rules” stars Stassi Schroeder and Kristin Doute. The lawsuit stated, “The problem is also seen on ‘Vanderpump Rules.’ … in 2015 there was an attempt to diversify by the hiring of Faith Stowers. But after departing the show, Stowers publicly expressed that she, as the only Black cast member, felt treated differently than the other cast members. Among other things, she reported being subjected to inappropriate race-based comments like her hair being called ‘nappy’ and even two white cast members, Stassi Schroeder and Kristen Doute, making a false report to the police that Stowers had committed a crime.”

Leakes’ attorneys added, “Initially, Bravo did nothing – it did not publicly condemn Schroeder’s or Doute’s treatment of Ms. Stowers who was effectively pushed off the show. Only much later, in or about June 2020, Bravo reportedly terminated the contracts of Schroeder and Doute.”

All About The Tea is a racist garbage site that really wanted Nene to win her frivolous lawsuit so they wrote the bogus story saying she they settled. The fact is the case was being ARBITRATED in NYC at Rockefeller Ctr. (Andy and NBC’s home turf), NOT litigated in court, so Nene wisely dropped the case, not settled, DROPPED. That’s why she can sue again.