Getty Kristin Cavallari arrives for the traditionnal Clive Davis party on the eve of the 60th Annual Grammy Awards on January 28, 2018, in New York

Kristin Cavallari spoke out about her relationship with two of the stars on “Southern Charm.”

The 34-year-old Uncommon James founder shared a video to her Instagram stories to clear things up regarding her personal life.  While she noted that she doesn’t owe anyone an explanation, Cavallari captioned the update “Let’s clear up some gossip bullsh*t.”

Cavallari didn’t name names, but her high school love triangle with Stephen Colletti and Lauren Conrad was documented on the MTV reality show “Laguna Beach.” In an interview on “Oprah: Where Are They Now?,” Cavallari once admitted she hated seeing Colletti go on dates with Conrad on the MTV reality show, and she told Buzzfeed that her rivalry with Conrad started “because I felt like she was trying to steal my boyfriend.”

“I’m not dating anybody, ” Cavallari continued in her new IG spiel. “I haven’t dated anybody in a few months, and these two guys that I’ve been linked to for the past year, are my friends. That’s it.”

The two guys Cavallari has “been linked to” over the past year are “Southern Charm” duo Craig Conover and  Austen Kroll.

“I’ve never dated either one of them,” Cavallari continued of the two Bravo stars. “I can guarantee you that I’m not going to date you or one of them, and it’s possible for a grown woman to be friends with a grown man and for that to be it. So I’m not dating anybody. I can assure you of that I’ve actually really enjoyed being single for the last few months.”

Kroll Once Teased That Cavallari Slid into Conover’s DMs

Cavallari has been photographed multiple times over the past year with the “Southern Charmed” stars in Nashville and in South Carolina. The friend group also includes Cavallari’s best friend, Justin Anderson.

But Kroll actually flamed relationship rumors during an appearance on “Watch What Happens Live” when he told host Andy Cohen how he got to know the  “Very Cavallari” star.

“Honestly, she slid into Craig’s DMs and was like, ‘I’m coming into town,’” Kroll told Cohen of his initial meeting with Cavallari. “So we all went to dinner and we all just kind of hit it off.”

Anderson later spoke out to clarify that Cavallari isn’t the type to “slide” into anyone’s direct messages.

“Not the kind thing I should speak about but Kristin would never randomly slide into anyone’s DM,” Anderson wrote on his Instagram Stories in December 2020, per E! News.

He went on to explain how the foursome got together.

“I was a fan of our new friends Craig and Austen and we visited Charleston and met up with them … I pushed for the friendship,” Anderson explained. “Kristin was along for the ride and no one is hooking up or even flirting. [We are] four adults that are friends. Let’s move on.” 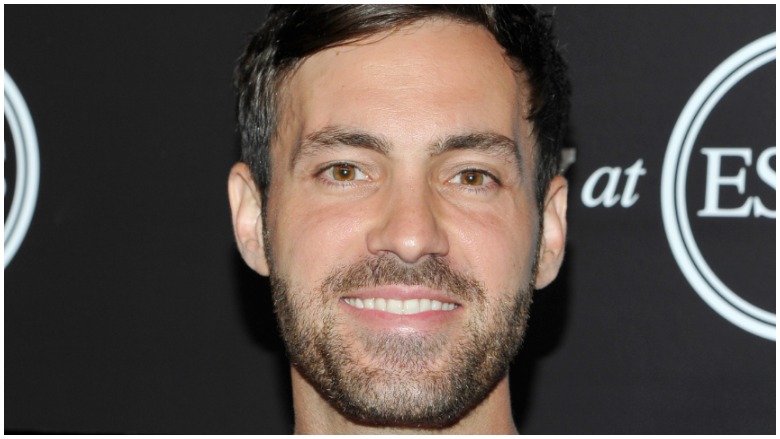 Cavallari has casually dated in the months since her divorce from Jay Cutler. Last fall, she was spotted out with comedian Jeff Dye  multiple times in Chicago, Los Angeles, and Mexico, but an insider told Us Weekly that Cavallari was “not thinking long-term” with the funnyman and “wasn’t trying to get serious.”

The romance fizzled, but in May 2021, Cavallari told the “Scrubbing In” podcast  that after filing for divorce, it took her “a minute” to date but then she did, and “it was great.”

“He was the perfect guy to date after Jay,” she said, without naming Dye. “He was really sweet, made me feel really good. But now I just want to be by myself.”