Kristin Cavallari gave fans some answers in a recent Q& A on her Instagram story.

The former “The Hills” star responded to fan questions about everything from her diet to her dating life, but she also addressed rumors that she was recently filming a reality show at her home.

Cavallari, 34, started out as a teen reality star on MTV’s “Laguna Beach” and “The Hills” nearly 20 years ago. In 2020, she ended her popular E! reality show, “Very Cavallari,” when she filed for divorce from her ex-husband Jay Cutler.

In an interview with Entertainment Tonight published in September 2020,  Cavallari explained, “The decision to end the show was that I didn’t want to have to talk about my divorce on camera and have to expose that. I think that some things should be kept private.”

Kristin Cavallari Dropped a Hint About What She Was Recently Filming

In September 2021, fans freaked out after Cavallari shared a series of photos of cameras following her and her best friend Justin Anderson. In the caption of a pic of the besties riding bikes, she noted the cameramen in the background and teased, “It was only a matter of time.” She added a camera emoji to the end of her caption.

Cavallari also shared photos of her Nashville-area home being set up with a camera crew.

In her new Q&A, Cavallari responded to a fan who asked her, “What were you filming the other day?”

“I can’t really say a lot,” Cavallari replied. “But it is not a reality show about my personal life necessarily.”

Cavallari’s response has left fans more confused than ever. Her disclaimer that the potential show is not about her “personal life necessarily” could mean that she is working on something related to her business or something about her friendship with Anderson.

One thing fans shouldn’t expect is Cavallari to make a cameo on other friends’ reality shows. While she did make an appearance on “The Hills” spinoff, “The Hills: New Beginnings,” the MTV revival series has yet to be renewed for a third season.

In addition, Cavallari has already shut down talk about her possibly appearing on the Bravo reality show that stars her and Anderson’s South Carolina pals, Craig Conover and Austen Kroll.

“They say, ‘Never say never,’ but I can confidently say I’m never going to do ‘Southern Charm,’” Cavallari told Us Weekly earlier this year.

Still, she was filming something, so fans will have to stay tuned.

Cavallari Did Confirm Something She is Working On 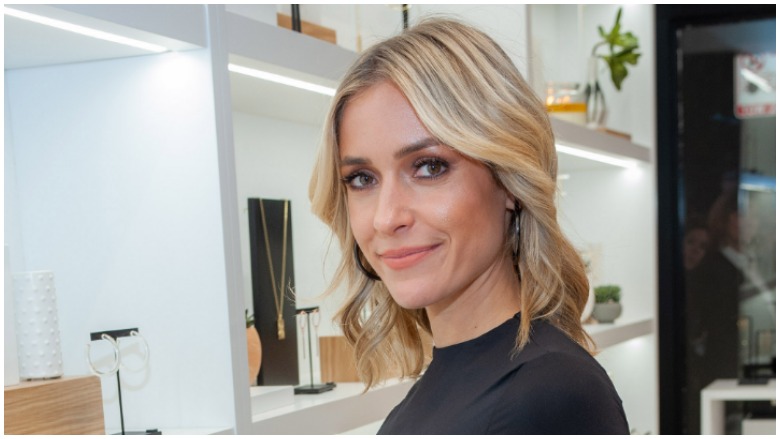 Cavallari didn’t leave fans totally in the dark about projects that she has coming up. While she is busy running her Uncommon James jewelry empire, Cavallari revealed that she also has another cookbook in the works.

When a fan asked the mom of three if she has any updates on a new cookbook, she replied, “Currently working on my next one! Quick and easy meals! Spring 2023.”

Cavallari previously penned the best-selling cookbooks “True Roots” and “True Comfort,” and she also wrote the 2016 tell-all “Balancing in Heels: My Journey to Health, Happiness, and Making it all Work.”

Loading more stories
wpDiscuz
0
0
Would love your thoughts, please comment.x
()
x
| Reply
'The Hills' alum is working on something.