Role-playing game fans, rejoice! Yes, Dragon Age: Inquisition is behind us, The Witcher 3 has been delayed, no Elder Scrolls or Fallout game is on the horizon and the year 2014 may be drawing to a close, but there’s plenty of awesome RPG experiences to look forward to in 2015. Even if you’re not a fan of role-playing games, this list is worth a look as these upcoming titles will help define the next year in gaming.

Without further ado, take a peek at five of the most anticipated RPGs of 2015.

From Software, the developers of the infamous Dark Souls series, is bringing PlayStation 4 owners Bloodborne in 2015. Like the franchise it mimics, Bloodborne is a third-person fantasy RPG full of dark and gritty undertones. Players will have to be more offensive this time around to survive the dense and consistent waves of enemies they’ll face. But will the game end up being as punishing and ruthlessly difficult as Dark Souls? Only time will tell, but even if it’s only half as good as its spiritual predecessor, it will still make for an excellent role-playing game. 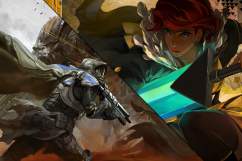 The Witcher games take high fantasy and brutal combat and mix them into a fun and addicting open-world RPG. The Witcher 3: Wild Hunt takes those elements and expands on them. The third game in the series will feature huge beasts Garalt of Rivia, the protagonist, can hunt across a world 30 times larger than previous entries in the series. For those who haven’t played the first two games, that’s a huge amount of land. In fact, it might be one of the biggest open worlds ever created for an RPG, and the playground alone is enough to justify checking this game out, whether you’re a skeptic or a diehard fan. 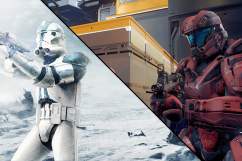 Persona is a niche, PlayStation-exclusive series that’s gained traction in Japan in recent years, but those who love the franchise really love it. The RPG/social sim comes from Atlus, and according to Wikipedia, “the Persona series centers on individuals who have the ability to summon facets of their psyche, known as Personas, into being.” All the classic JRPG elements are in play, so if you’re into Japanese role-playing games and haven’t given Persona a shot, Persona 5 might be worth a look when it launches sometime next year.

The Monster Hunter series has always been a challenging time sink. Create a character, collect items to build new weapons and spend dozens upon dozens of hours hunting down huge monsters, including ones the size of skyscrapers. Yeah. Ridiculous. But that’s Japan for you. Monster Hunter 4 has already been out for more than a year, and Monster Hunter 4 Ultimate released a few months ago in Japan, but in 2015, the game is finally coming west. The Ultimate edition comes packed with extra features possibly making it worth picking up a second time for those who bought the original game. 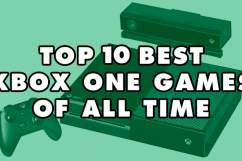 Xenoblade Chronicles was an open-world RPG with an emphasis on player exploration and quickly became a cult classic among Wii owners, considering the game was a Nintendo exclusive. The long-anticipated sequel, Xenoblade Chronicles X, is a spiritual successor, not a direct sequel, and is launching exclusively for the Wii U in 2015. The game takes place in 2054 as humanity is the victim of a duel between two alien races that forces the human races to evacuate the planet.