Curse of Osiris is the first expansion available for Destiny 2 so naturally, it’s full of new loot, quests, items, and hidden secrets for players to uncover. One of these new additions comes in the form of various black boxes that are given to users to complete. Dubbed a “Lost Prophecy,” these items are unique consumables that come in different forms based on which you pick. There are 11 unique Lost Prophecies, each one requiring a different amount of consumables to unlock. All of the actual materials can only be obtained by finishing specific activities tied to them.

In order to even unlock your first Lost Prophecy, you’ll need to finish the main Curse of Osiris campaign. After this, an Adventure will open on Mercury for you to complete named “Up and Up.” Go through this and finish it to obtain the next Adventure called “The Runner.” Finally, complete this Adventure and one more called “Bug in the System” to obtain Heroic Mercury Aventures. Once you finish any Heroic Mercury Adventure, Brother Vance will reward the player with their first Lost Prophecy.

If you want to complete this box you will need to obtain an Advanced Paradox Engine and a Concentrated Radiolarian Culture. These two items are specifically tied to the Lost Prophecy boxes that Brother Vance will offer you. When you actually finish constructing the first Curse of Osiris Forge weapon, Brother Vance will offer up three more to choose from. You can only pick a single box at a time so this means you will need to grab a single Lost Prophecy, finish it, and then nab another from Vance. You can only do the three Verses available that week.

This sounds easy enough, however, it will take a fair amount of time to complete every single one available to you.  If you want to obtain Concentrated Radiolarian Culture you’ll need to farm Public Events for either this rare consumable or 10 Radiolarian Cultures to fuse into one advanced model. It doesn’t matter which Public Event you complete or if it’s on the Heroic difficulty. Also, High-Value Targets can also produce a Radiolarian Culture so focus on areas that typically spawn these creatures like Winding Cove.

As for Advanced Paradox Engines, you’ll need to focus on completing strikes, Crucible matches, or Heroic Mercury Adventures. If you finish the Heroic version of Strikes you’ll have a high chance of obtaining 2 Advanced Paradox Engines instead of just one. Grinding all of these materials out will take some time, so always make sure to have a Lost Prophecy on your Guardian. Grab these as soon as they become available since you’ll want to accumulate the various consumables needed.

Remember, the weapons are actually tied to Verses themselves and are not randomized. For example, the first verse will always produce the very powerful Garden Progeny 1 scout rifle. These are some of the best Legendary weapons in all of Destiny 2 so make sure to not pass them up. Plus, who doesn’t like Vex enhanced weapons to shoot angry aliens with. 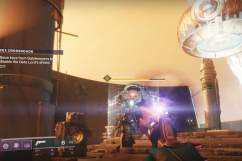 Destiny 2: How to Trigger the Heroic Mercury Public Event